A Day at Tenochtitlan 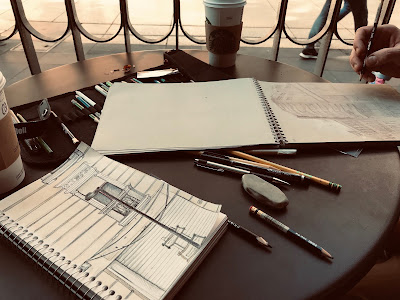 Every day begins the same way, with coffee and drawing.

Which doesn't sound like a vacation for an artist, but for Mike and I,  it's a great adventure to take in what a place has to offer by drawing it. 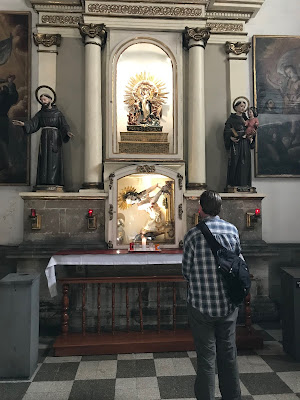 This is Mike looking at a tortured Jesus in a box in a cathedral near the center of town. 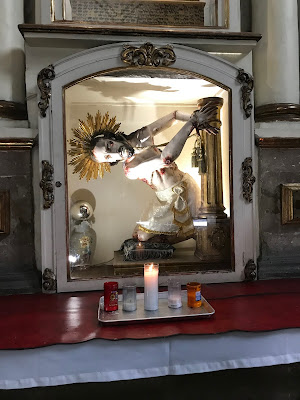 It was a touch disturbing. We stopped in here on our way to meet our friend, Jorge Castilla, who lives here in Mexico City and is a local artist and filmmaker. He kindly offered to show us Tenochtitlan, the ancient Aztec ruins right here in the city center.

He also happens to have a degree in archeology, so he knew so much about this place. 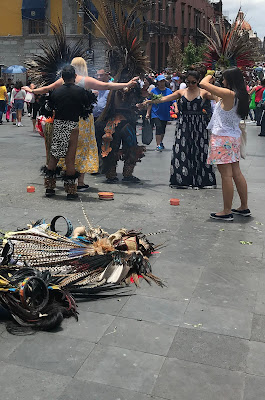 Right out in front of Tenochtitlan, people dressed as native dancers drummed, danced and gave tourists blessings. (In this photo the 2 women in long dresses are getting "blessed"). 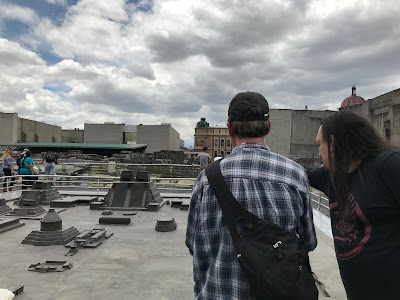 Jorge explained the 3D map to Mike right out front. That map showed the city of the Aztecs as it was for thousands of years before Cortes showed up. The ruins of this great city are beneath the current one. This massive temple we were about to explore the ruins of was found in the 70"s when they were digging for a new subway line. 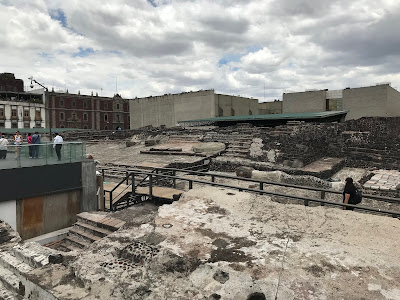 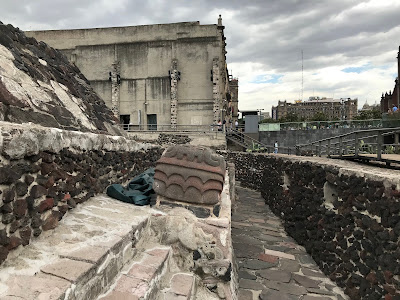 The site was a fascinating maze that gives you a sense of what this city once was, a sprawling floating city of canals centered by the great temple. 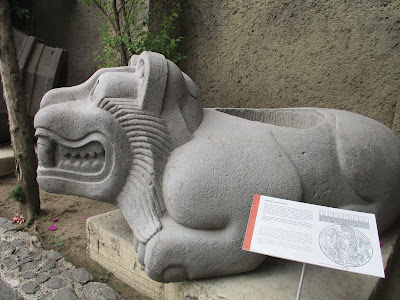 This is a reproduction of the Jaguar, an animal of great importance and worshipped by the Aztecs. 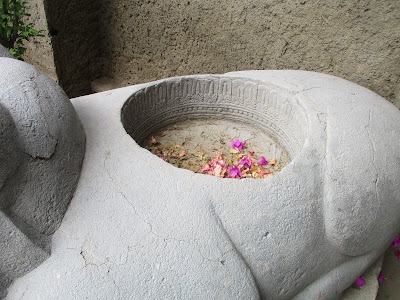 This opening on the Jaguar's back was where the priest place the hearts of the sacrificed. Much of their religion and it's practices required a constant supply oh human sacrifices. Apparently all Aztecs were honored to be chosen for sacrifice, which happened so often and in such large numbers that being chosen for sacrifice for one of the Gods seems inevitable. 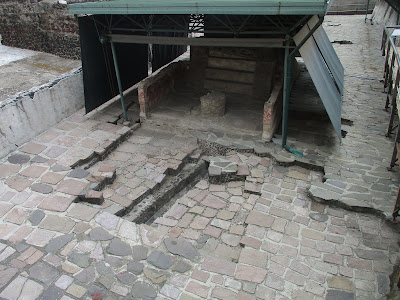 This is inside the maze of ruins. I can't recall what it is but it looks like an altar.


This knife was used to make an incision below the sternum on the victim. Then the priest would reach inside and pull out his or her heart. 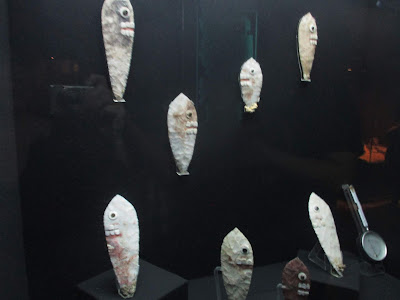 These are "face knives". Essentially the same thing as the obsidian knife above, but these have faces sculpted on them. 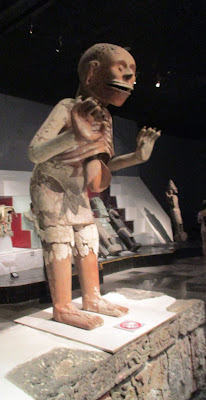 A very cool sculpture that I can't recall what it depicts. 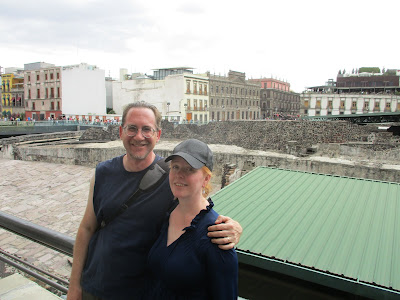 Mike and I in front of the ruins. 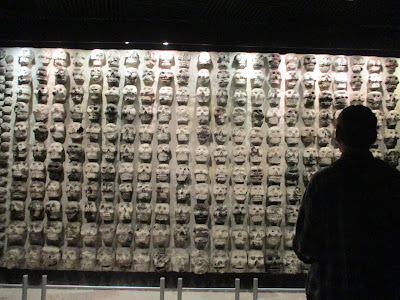 A wall of skulls inside the museum.

After day with Jorge we were so enlightened by what we were seeing here in the city. The Spanish had hoped to change to native culture to become what Spain is, but the Aztecs did something remarkable they blended everything the Spanish had to offer into their own religion. Pieces of the Aztec culture are still very much a part of Mexico and Mexican life.