Exploring the Petroglyphs at Las Labradas

My birthday was yesterday, so we decided to celebrate by getting out, because we really haven't done enough of that since COVID-19 arrived, and it's a shame we haven't explored more of this region. 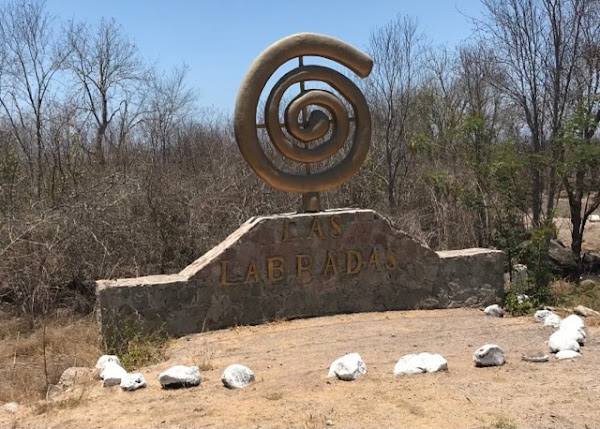 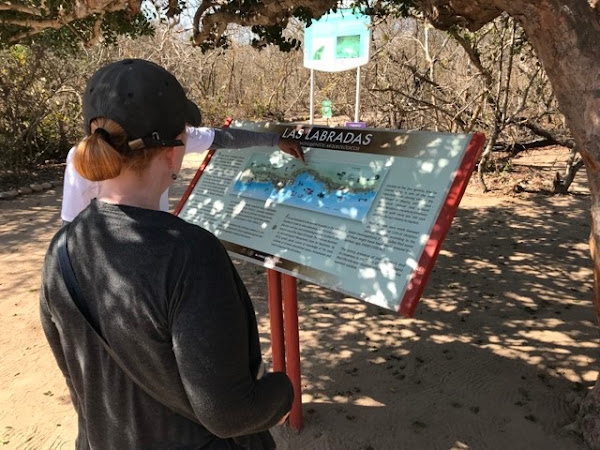 Las Labradas is a federally protected stretch of beach covered in ancient petroglyphs. 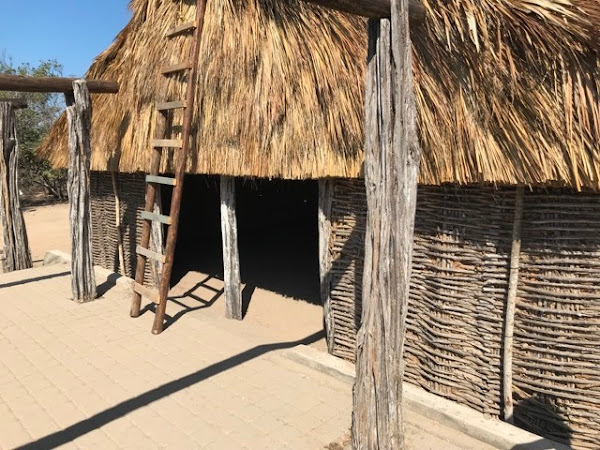 They also had a museum and some incredible structures like this, that replicated the native people's homes and gathering places. 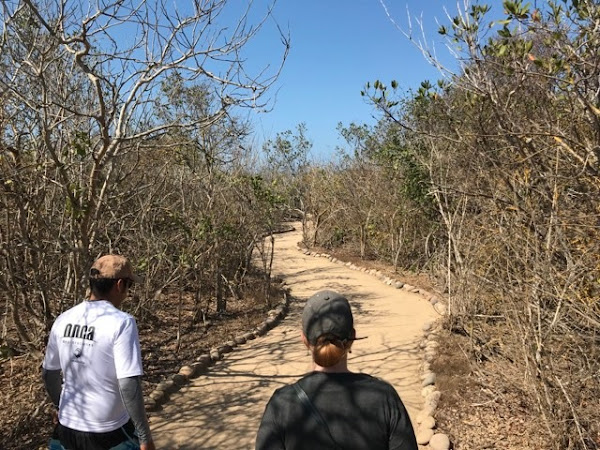 Our guide brought us down to the beach. As you can see from this photo, the dry season makes this region look like a desert. This is the same area we went to to release the sea turtles at the end of the wet season last September. It was so wet our van sank in the mud and everyone on the tour had to push! Back then it was very lush all around us. 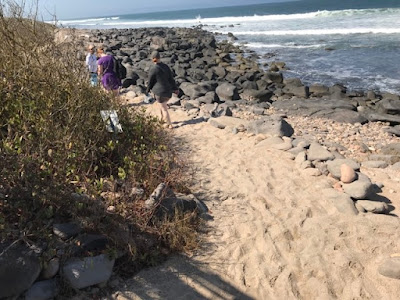 There are 600 boulders with petroglyphs on this beach.

This one is supposed to be a pelican... I think. 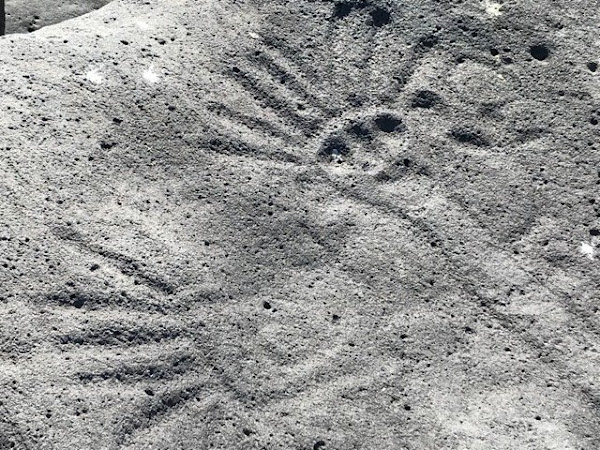 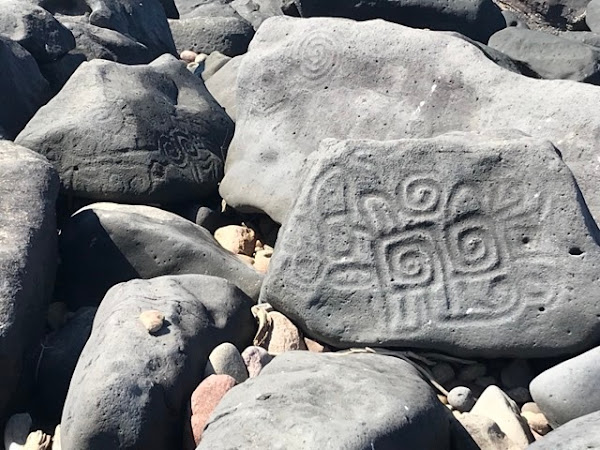 Not sure what this one is. They are all carved in lava rocks from an underground flow of lava. 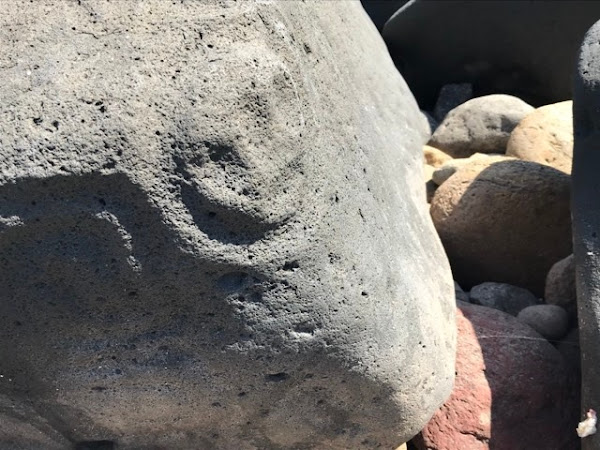 There were many little faces carved on corners like this. 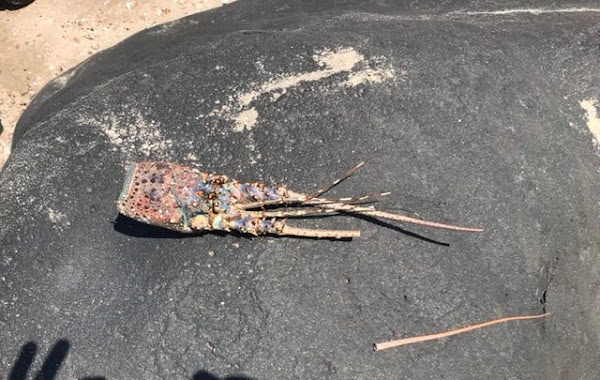 There were also many crabs and lobster heads, like this one. 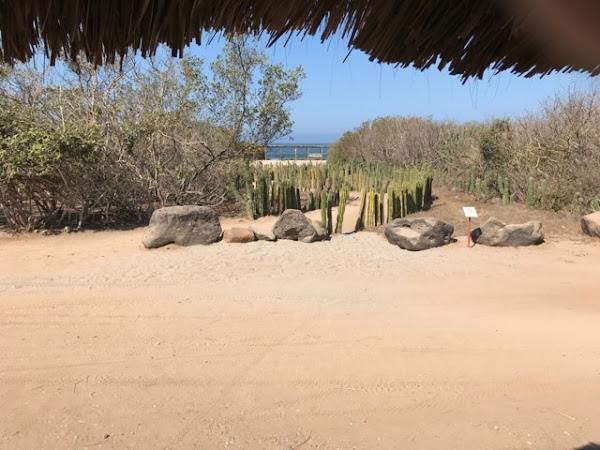 It was quite a fascinating place. The was one petroglyphs we didn't get a picture of that really interested me. It was an arrow, carved on and huge triangle boulder that was pointed in the same direction as the arrow. This arrow is directly on the Tropic of Cancer and on the equinox points to the sun setting on the horizon. 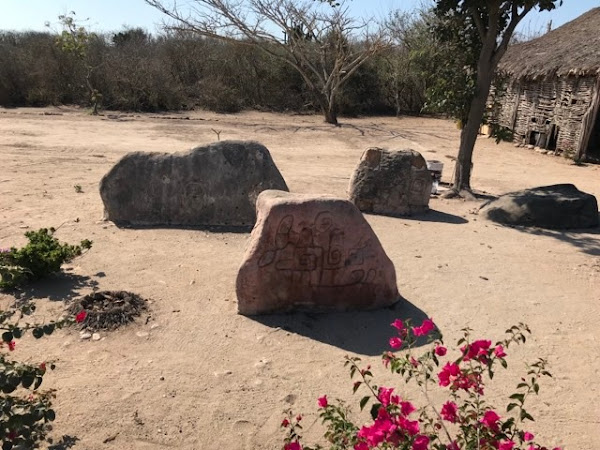 It was a great day out,unfortunately Mike and Naomi both took home some sunburns.