The Great American Solar Eclipse and another departure 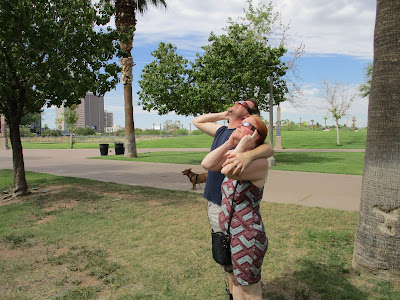 Today was the first solar eclipse in America.... since the last one. 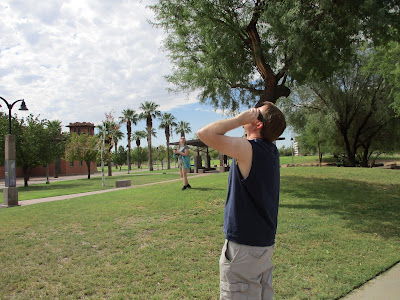 But of course we went to check it out. This time it wasn't quite as convenient as last since 2 of our kids are in school and the atmosphere in Phoenix was a bit more suspicious than we experienced in Balboa Park in San Diego (THAT was like a festival!). 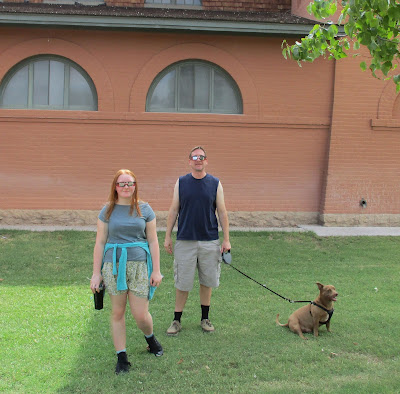 We went over to Indian School Park with Naomi and Oscar.

A few other people were using devices like boxes and when we offered up our glasses they flat out refused to use them, because of all the warnings about faulty glasses online.

Ours are from the Lowell Observatory gift shop, though. Phoebe went to school with hers. I hope she gets a chance to use them, and we sent Chloe off to Missouri with some.

Chloe left last Friday morning and her school started today. Unfortunately I was not exactly on the ball last week and misread what time her flight left. I had looked at the arrival time in Kansas City and when I checked again at 8am that morning I saw the plane had left at 7am! 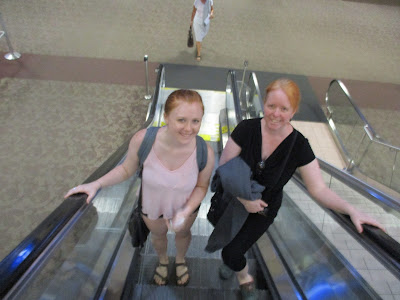 After an epic amount of time on the phone, Mike got her a new flight. 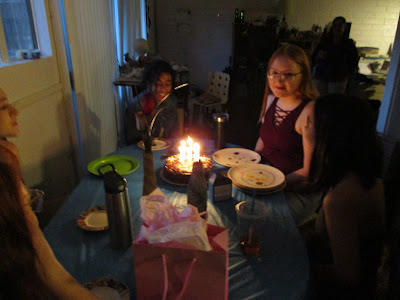 We also had a little gathering for Naomi's birthday (which isn't till this Thursday), it all went well except that the ice skating rink wasn't allowing public skating that night. So it was a bit of a drag (again I misread a schedule). We're planning another get together this week though,

Hope everyone had a good view of the eclipse today.... I think next time we'll just travel to a place where there's total coverage!