Out of the heat and up to Flagstaff

On Monday, Naomi started school online for 8th grade. It's been a bit a a learning curve with their system, and on Tuesday morning we headed out of town to see family and spend some time in the mountains. So we made online school even harder by hitting the road right away. 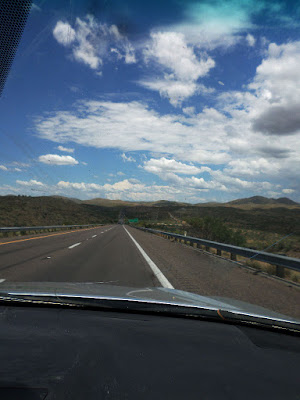 It's a short beautiful ride up to Cottonwood. Where we met family for lunch. Oscar was waiting outside the Chinese restaurant while we ate. 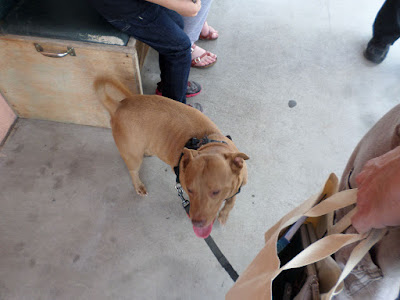 He was a big baby out there until we joined him. I wish I'd thought to take pictures of the family but I completely forgot!! 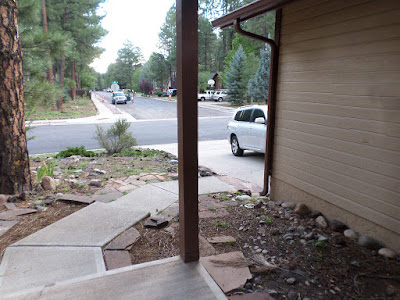 The house we rented is quite nice but in a neighborhood with many circular roads connected in strange ways so it's a bit of a maze and we got so lost on our way here. We even stopped in at Walmart yesterday and bought a real GPS as phone service had dropped out in the area making phone navigation impossible. 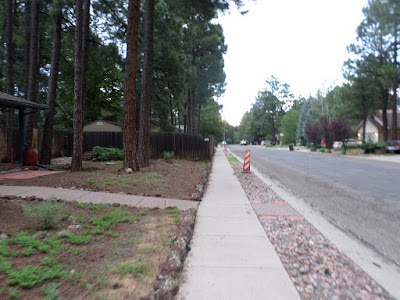 It's nice to be in a neighborhood with trees! 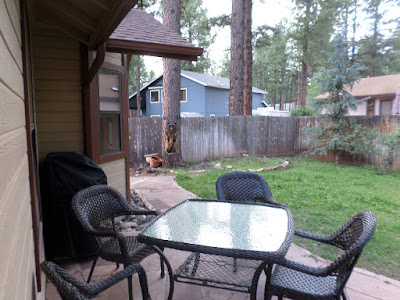 The back yard is very peaceful and fenced for Oscar. 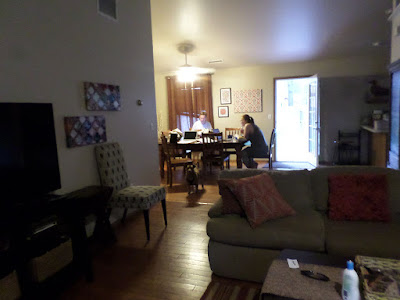 And here's Mike and Naomi both working on school. 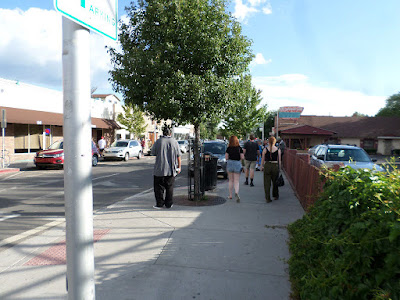 Flagstaff is a pretty city with many college students and tourists on their way to the Grand Canyon. 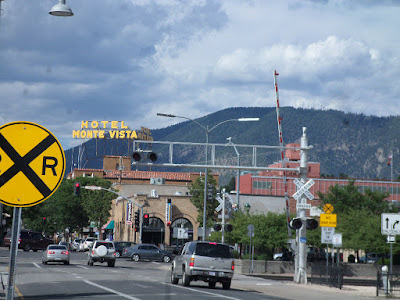 This is a shot of the Hotel Monte Vista, the local haunted hotel (there are many stories online). 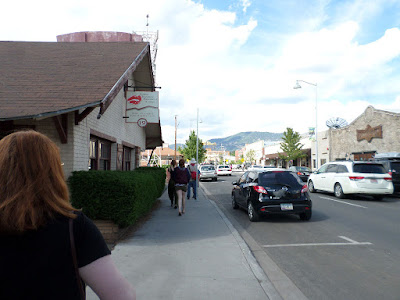 Yesterday afternoon we had lunch at the brewery and checked out the downtown. Hopefully we can head back there today! 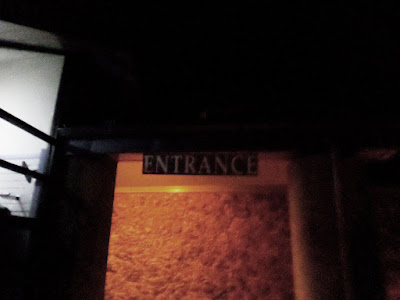 Last night at 8:30pm when it was very dark, we headed out to the Lowell Observatory. 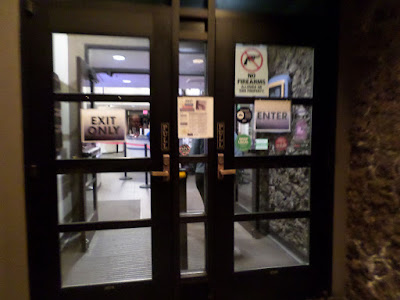 This entrance looks empty, but it was so incredibly crowded! This is the first clear night in a while and they had three telescopes open for viewing.

We took a minute to look around the visitor center but quickly left onto the trail to find the telescopes. 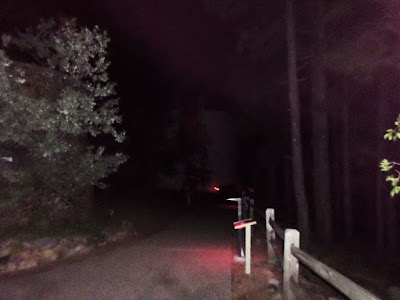 This is the trail to the Clark telescope. Everything is very dark so as not to mess up the telescopes. 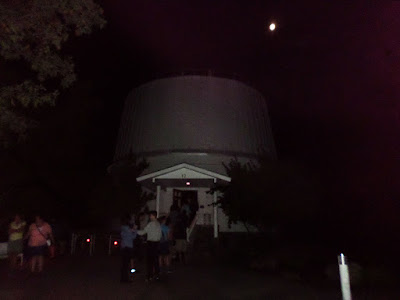 It was directed at Saturn and the viewing line was pretty long. 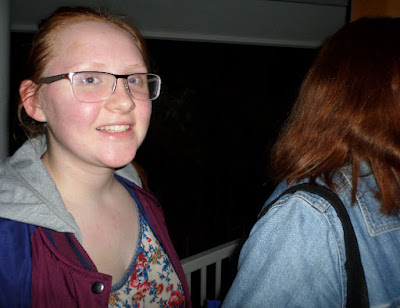 Naomi (and Phoebe) in line for a view of Saturn. 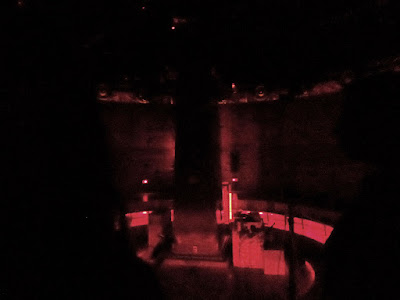 This was inside the domed building (couldn't use a flash and my camera is just sad at night). The telescope was massive and automatically adjusted to track Saturn for the night. 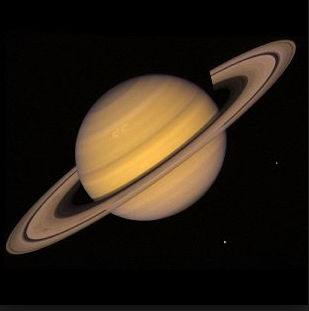 When I looked through the Clark telescope it looked pretty much exactly like this (except brighter!). 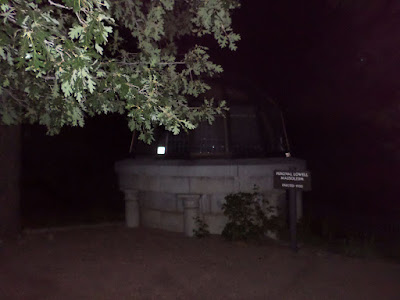 This is the Mausoleum for Percival Lowell, right outside the Clark telescope. It's an impressive memorial. 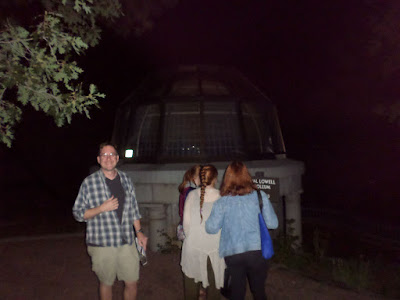 After viewing we regrouped to try and figure out our map. 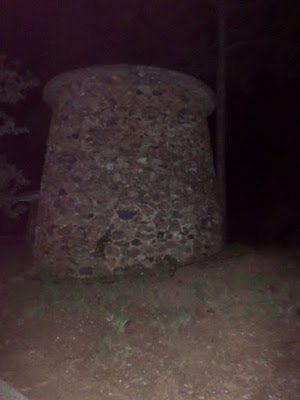 This was on the trail to the Pluto telescope, which was pointed at the moon that night. 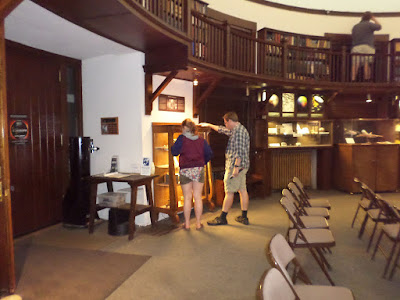 Mike and Naomi inside the Rotunda Museum learning the history of Pluto's discovery. 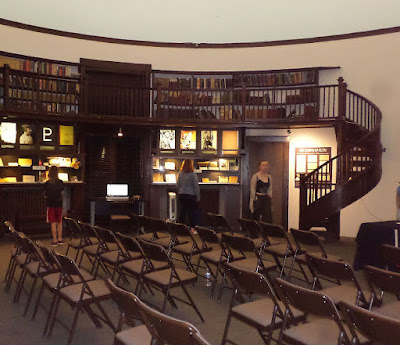 Phoebe and Chloe inside the museum. After this we went on the constellation tour, which had to be inside because the sky became hazy. It was pretty interesting actually. 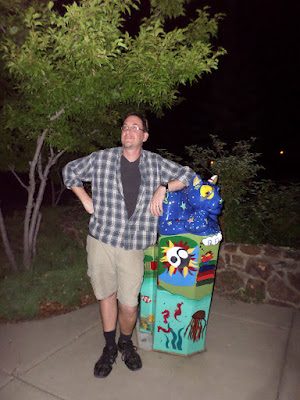 And this is Mike with the star cat sculpture on our way out that night.

This was my first time visiting an observatory, and honestly it was really a great night out.