For the last few days were in Flagstaff and after exploring around  bit we decided to head out to Williams, AZ to check out "Bearizona" the drive through animal park. 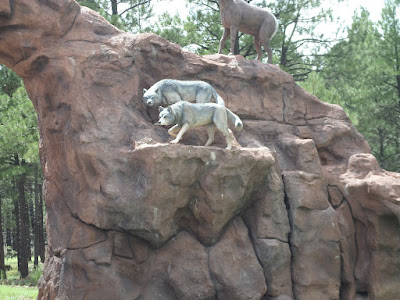 The sculpture on this archway was really quite impressive.  Most people take this sort of thing for granted, like it came out of a machine, but Mike and I have done commercial sculpture. This was hand sculpted and painted. On the the tour they said the walls throughout the park are hand carved out of concrete that was poured over recycled trailers and vehicles. Apparently a local family does the carving. 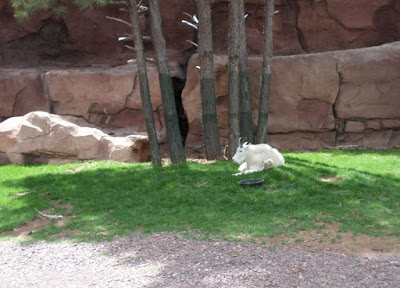 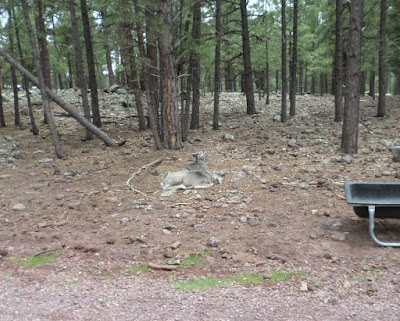 This is a deer. It's front and center in this photo, but it's camouflage is so good he's hard to see! 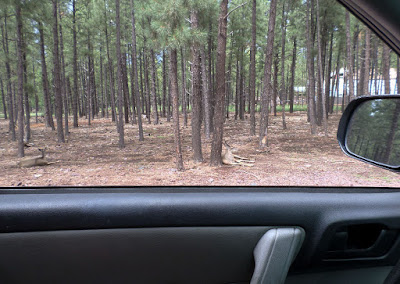 There's 2 deer in this picture!! 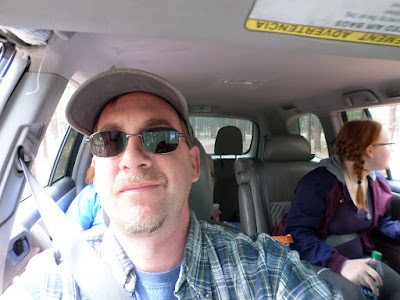 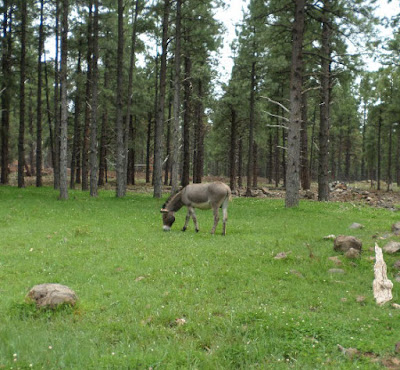 Here's one of the burros. Apparently all burros in North America were brought here by Spain a long time ago. After they built the railroads in Mexico and the southwest they didn't need them anymore so they freed them. So now there's a large wild burro population in Arizona as well as in Mexico. They apparently do quite well in the desert and can go without water for quite some time.

I like donkeys a lot. They're smarter than horses apparently (and horses are very smart). 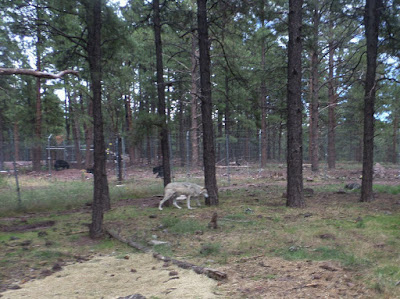 This is a grey wolf.  For this part we had to roll up the windows and lock the doors. Behind him you can see some juvenile bears that have been put in a "timeout" pen for climbing on cars. 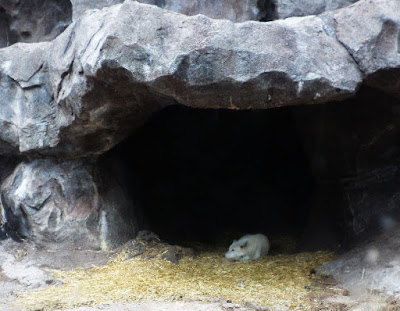 This is an arctic wolf  hanging out in his den. 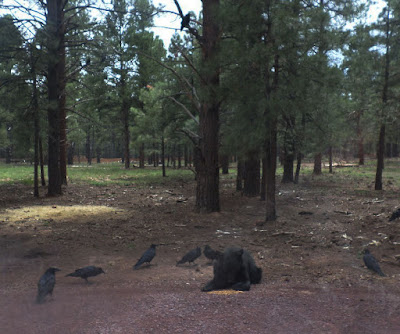 This is one of the junior bears. Before we entered this section they asked us to drive slowly without stopping. The junior bears are the most curious and will climb up and rip pieces off your car. As you can see the ravens surround all the bears in this park. They were also quite fascinating (and huge!). 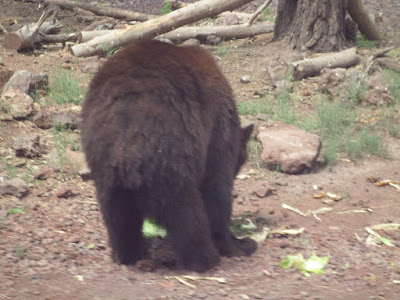 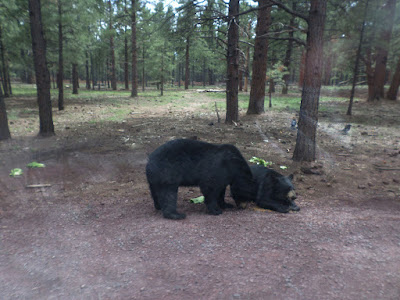 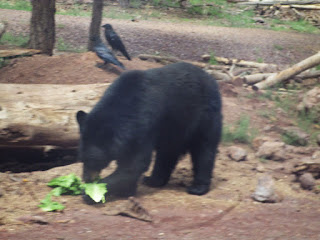 This bear is from the big bear section. They had just given a bunch of vegetables and other food, and there were twelve bears just sitting next to the road. According to the tour, the bears here are rescued from unpleasant conditions or are bears that got in trouble in the wild and were set to be euthanized. 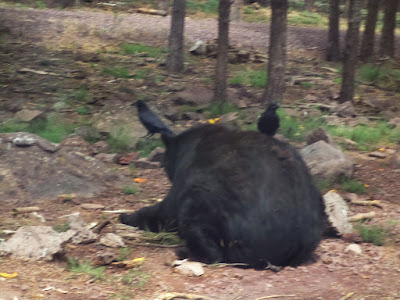 I'd never seen so many bears in one place before, there just kept being more! I've seen many individual bears when we lived on the mountain in New York, but they were always alone. I've also had the very scary experience of a "wall of fur" being at our front door when we lived in the Catskill Mountains..... These guys, however, were cute and distracted. 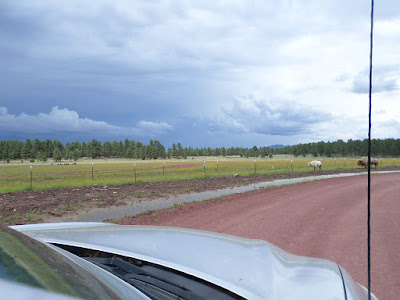 After the bears we headed over to the bison area. 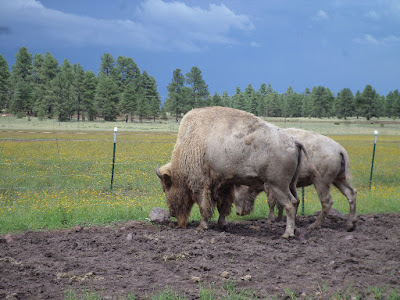 After this my camera died. The next day we drove home being chased by a monsoon 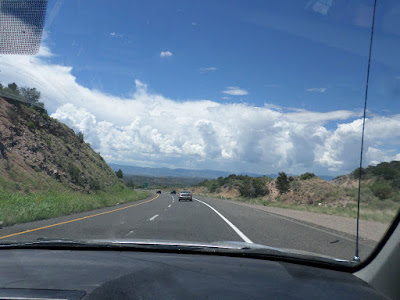 At first the drive was beautiful. 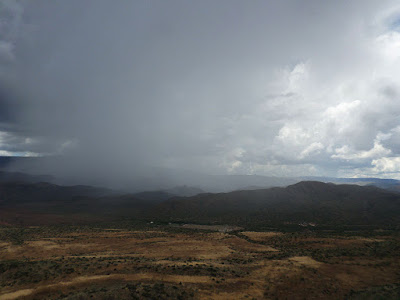 Then the alerts came on the radio and we could even see the storm at the lookout off the road.

It was pretty impressive.

Soon it started to rain, and we headed back to the car and back to Phoenix.