Our last night in our rented house was most fortunately uneventful. The only odd moment happened in the middle of the night, when I woke up and realized all the lights were on. I limped about on my gimp knee and shut them off. By morning when I woke up much of the swelling was down on my knee, so I got to packing.  I was too sore to help Mike load the car, but I did manage to clean up, pack some and wake our kids (which is no small task). We left town and headed west for our long drive home.


There are travel centers and rest areas when you drive around in the west that embrace a theme. Usually it's dinosaurs or Indian Teepees. Our first stop in New Mexico had an old west theme. 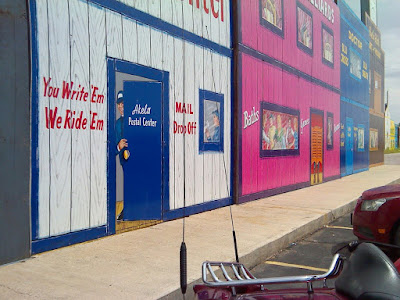 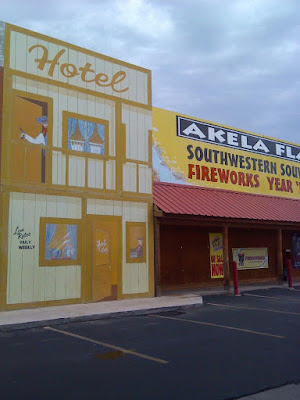 Of course inside they sold the usual indian pottery, pieces of petrified wood and scorpion keychains sealed in plastic. The drive was long and dull, but early on in our trip we started seeing signs for The Thing.... 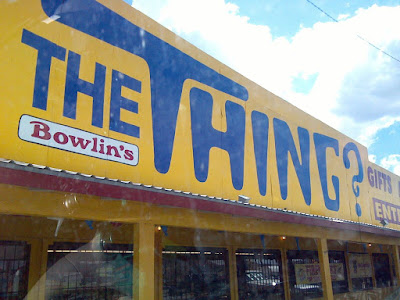 Seriously, they advertised their rest stop 200 miles down the road in New Mexico (the stop is in Arizona).  So we stopped, because at this point they'd been advertising to us all the way there and now on the way home.
It cost a dollar to go to The Thing "museum".... 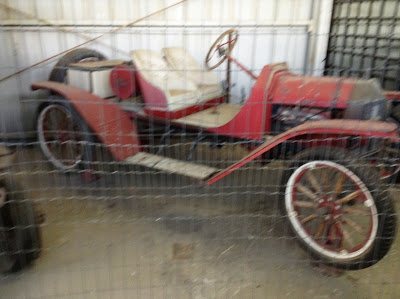 We followed a footprint trail into a colorfully painted barn, that was pretty hot, and dusty. Inside were all these displays. Here you can see there's an old car. 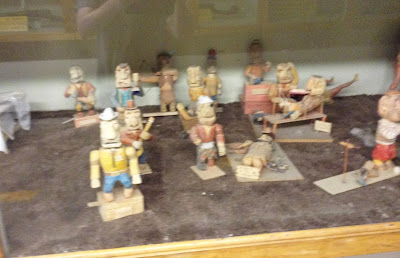 A display of strange doll figures. 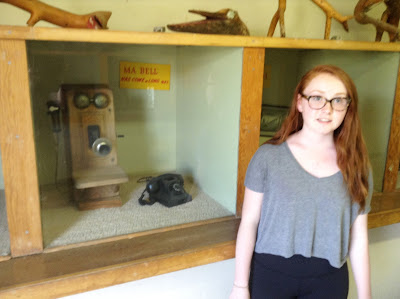 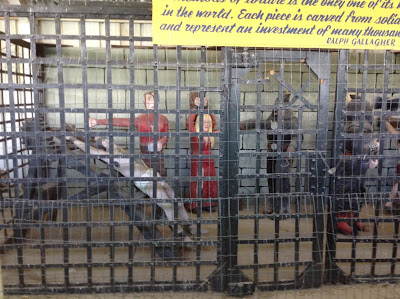 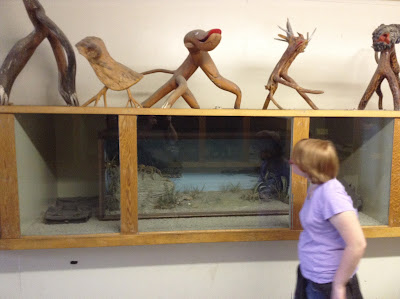 Naomi studying some of the odd looking wood sculptures. 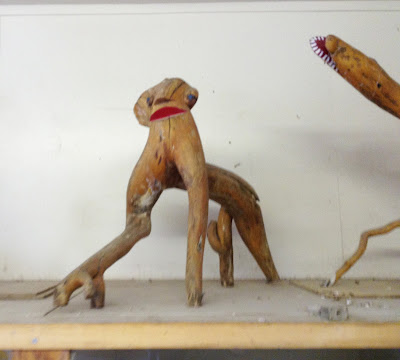 These strange wood sculptures were literally everywhere. On many shelves and hanging from the ceiling! 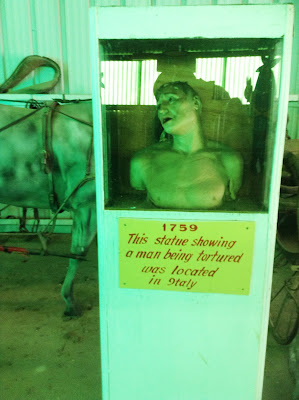 This was also in the "museum". As we followed the footprints we began to get impatient. What is this thing? Is it a rock? Where is it? Finally we turned a corner and faced this banner.... 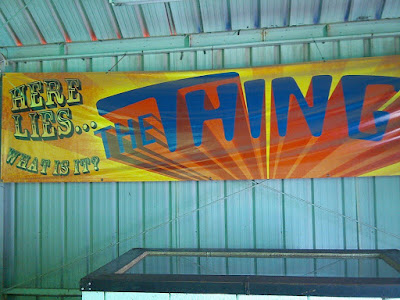 It was in the glass case in front of the sign. 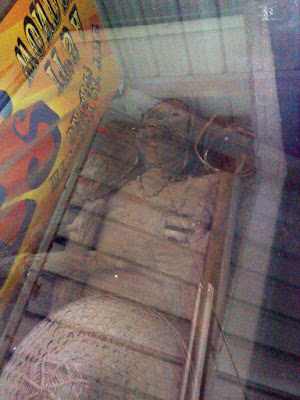 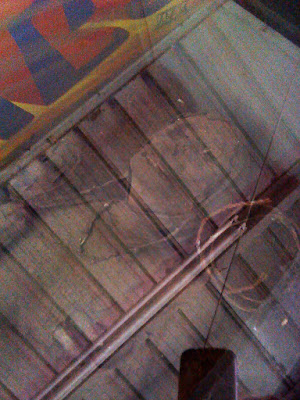 They called it "The Mystery of the Desert" 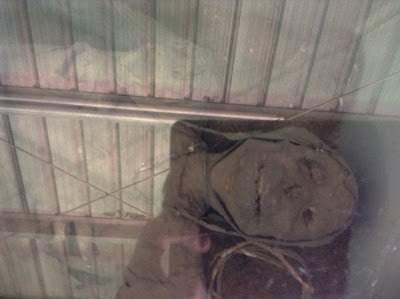 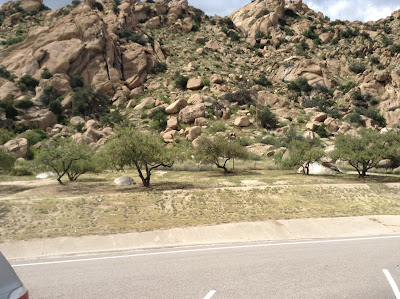 The sign said we were in Texas Canyon (which was for some reason in Arizona). 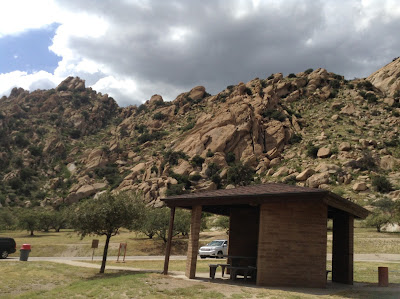 The canyon was surrounded by boulder encrusted mountains. 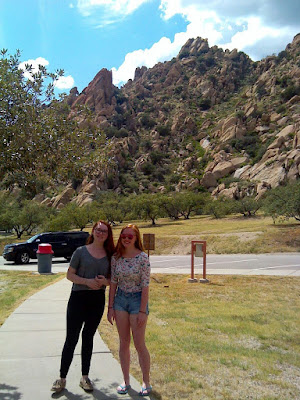 Chloe and Phoebe were nice enough to pose for the camera 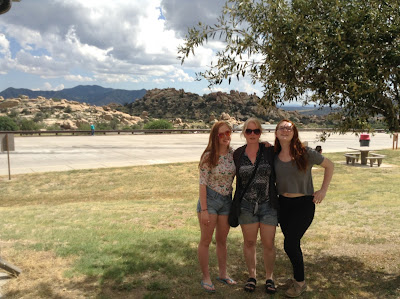 Me leaning on the girls with my swollen knee. 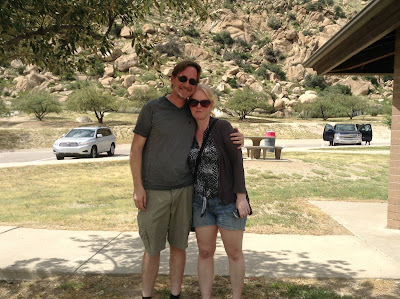 A rather nice picture of Mike and I for once. :) 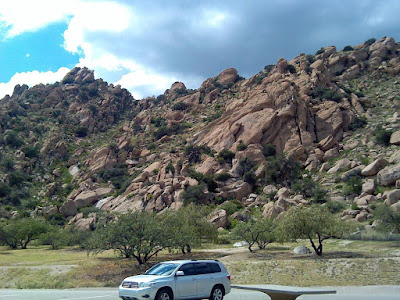 From here it was back to the car! We finally stumbled through our door in Phoenix by evening (or maybe it was just me who was doing the stumbling). Oh well, vacation's over...Back to real life!