First Friday Reception and the beginning of school 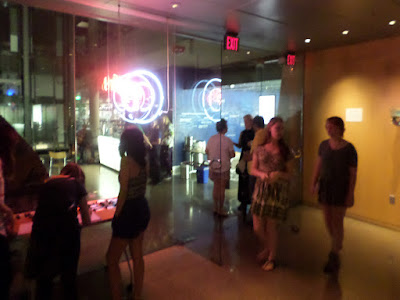 Last night was first Friday and the opening for my show "Books of Whimsy".  Unfortunately this crazy stuff called pouring rain came down from the sky, just before the gallery doors opened and chased away the small crowd that had gathered. 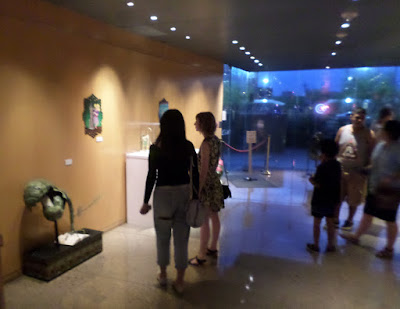 Some people did show up later on though, and fortunately my teenage daughter, Chloe showed up with friends, but it was a slow turnout. 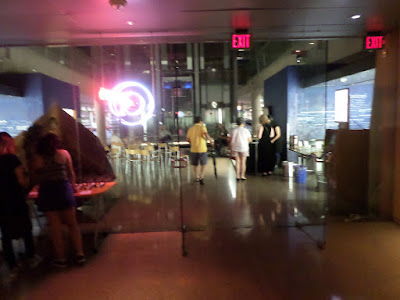 Some people have indicated they would like to buy some art, including my boss, Julia who asked to reserve a painting and came all the way down from Scottsdale in the pouring rain. 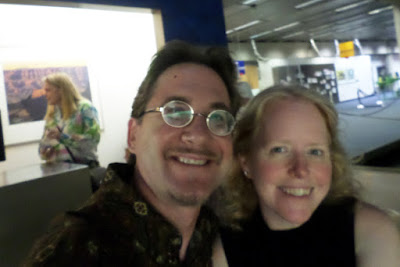 Mike and I while listening to the fantastic live music of Mahlon Hawk, who performed for the reception. 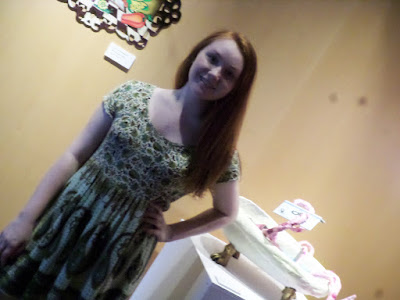 Phoebe and Naomi went and took many photos in the gallery. The sculpture behind her "Reading in The Bath" was reserved that night for a buyer visiting from Holland. She wants me to ship it to Amsterdam once the show comes down, which should be challenging. 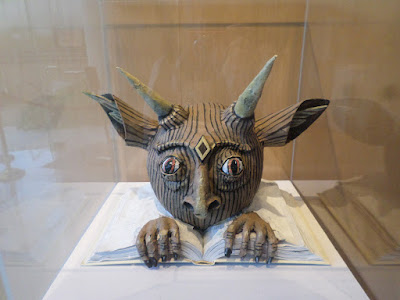 The Troll on display in the gallery. 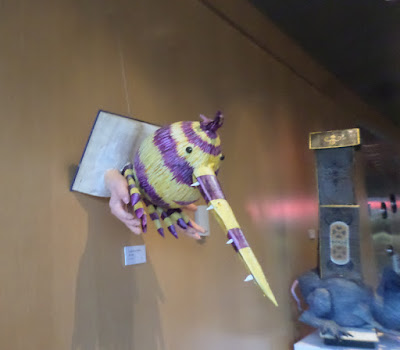 The Gift in the gallery. 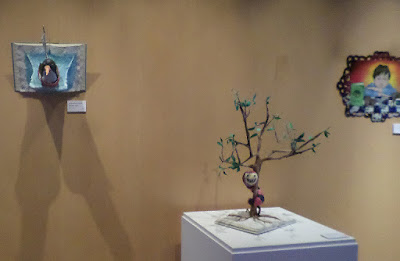 This is the "Little Ship" and "Book worm on a Paper Tree". Before the show I received a request to reserve the book worm as well. 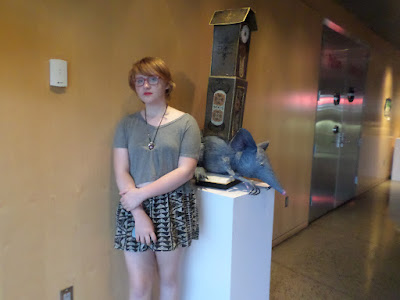 Naomi with the "Clock tower". The gallery director told me that during story time in the children's room they marched all the kids into the gallery and did "Hickory Dickery Dock"  in front of my mouse sculpture. She said it was the cutest thing she's ever seen. 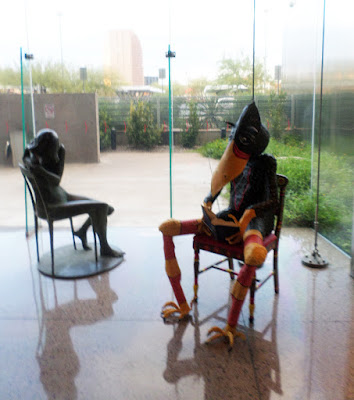 My sculpture "An Intelligent Breed" sat near the window. He was also reserved that night by the musician and his wife, Mahlon and Renee Hawk (they just remodeled). 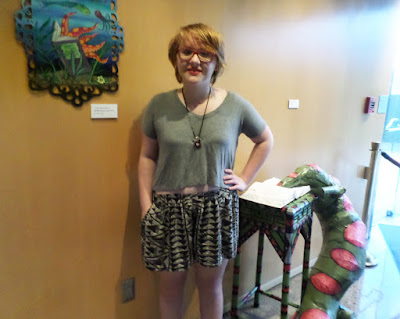 And here's a nice shot of Naomi by one of my paintings. 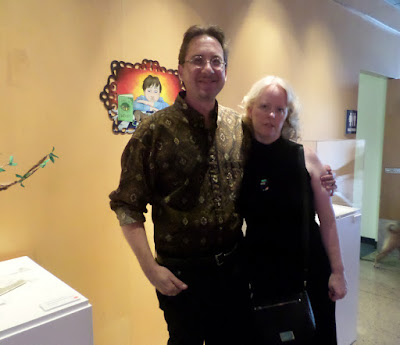 Mike and I in the gallery.

This week has been a crazy one. Late last week our a/c went out, which makes day to day life ever more challenging in the desert in the summer. Finally it was replaced on Thursday and we could all breathe again!

Chloe finally returned after a month away and headed straight off to school on Monday. She's off to a good start in her senior year.  Phoebe starts 8th grade on Monday morning, and we're running around town trying to find a new school for Naomi, who just can't bring herself to return to her old school from last year(there was a lot of drama!). 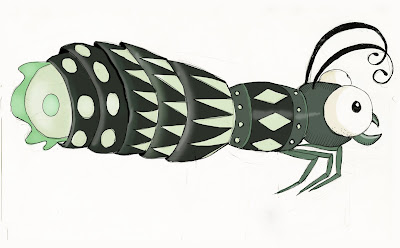 In the mean time I'm going to be starting my next project. I'm building some glow worms to attach to a tree for this year's Grand Avenue festival. I'll be buying some glow in the dark paint so these look good when the sun goes down!