Friday night was the big night, the Mutant Piñata Show was opening on "First Friday" at the Frontal Lobe Gallery! 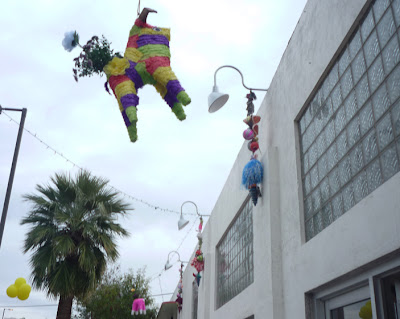 The whole front of the building was decked out with piñatas! 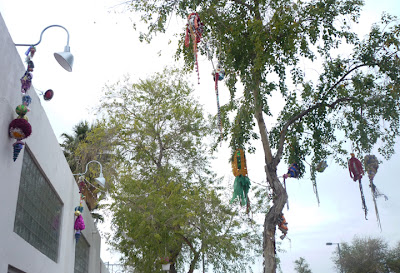 You could see them from blocks away. 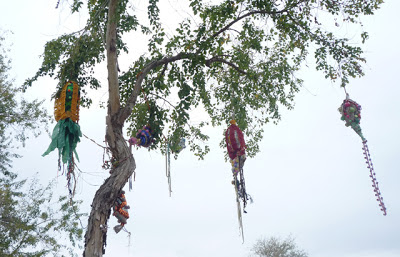 Of course the show wasn't in the trees, it was inside. 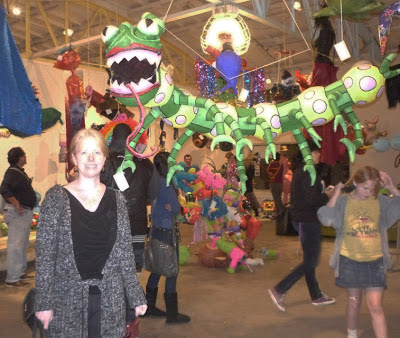 Here I am on First Friday with "Bajumba the centipede". He was in the back, but definitely making an impression anyway. 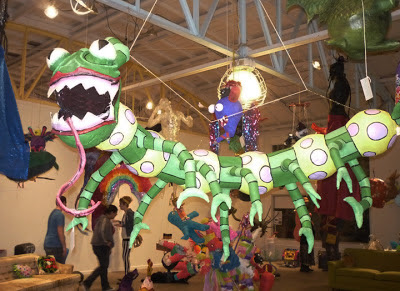 He spins in a circle, so when I walked in he was in the back facing the wall.  I was pretty alarmed, but then I realized he rotates around. 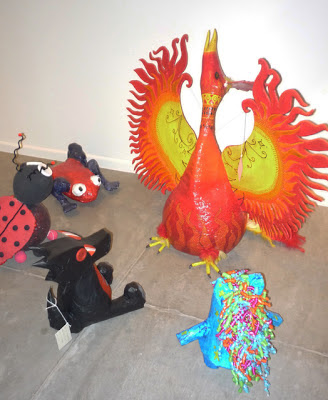 Any art show in Phoenix has a phoenix in it.  This was really beautifully done though. 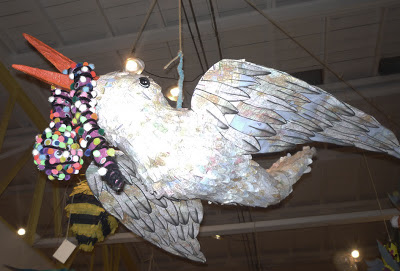 This is another bird piñata. Nicely done, I think the mutant part is what he's holding. 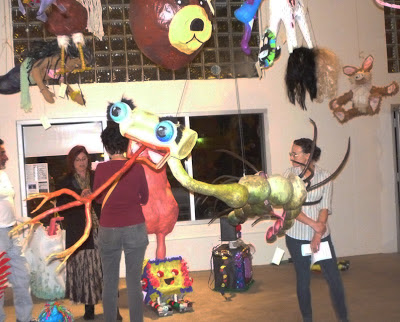 This is one of my favorites. It's called Cecilia and this photo really doesn't do it justice! 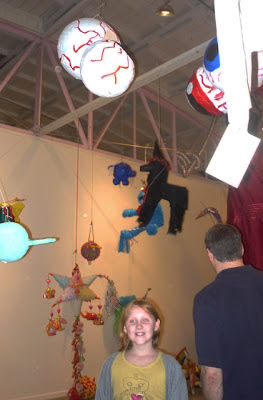 This is the best photo I could get of Naomi with her piñata.  "The Ball That Sees All" was way up overhead! 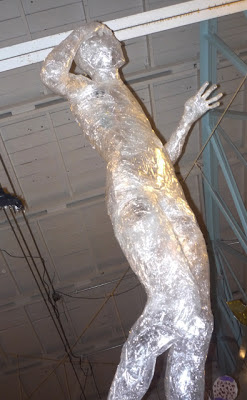 I'm calling this one plastic man, but I don't think that's the official name.  It's distorted in my photo, but this is a perfectly proportioned figure. The artist wrapped himself in clear tape then cut it off and reassembled it.  Hanging in the center where his heart should be is a clear bag of candy.  It's pretty cool (in person-again my photo is LAME!). The curator of the show was saying she met the artist and he looks just like that! 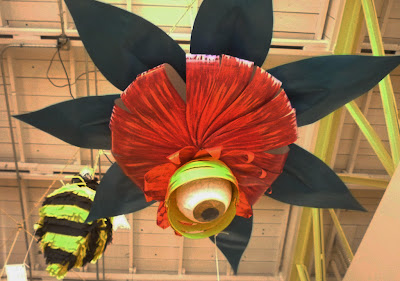 This is an eyeball flower.  It's really nice in it's simplicity. 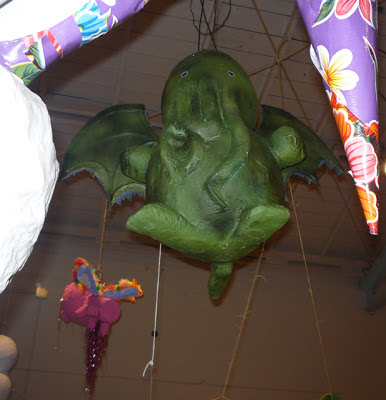 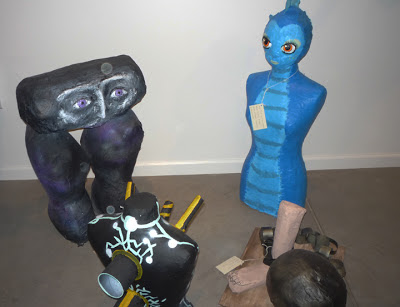 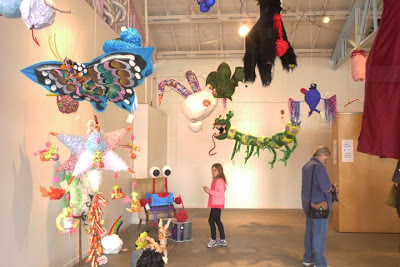 I didn't get photos of all the mutants, there were too many, but on "First Friday" over 1,000 people walked through the gallery.  Then Saturday and Sunday was another art event for downtown called "Art Detour Weekend".  On Sunday afternoon the piñata show had a big piñata smashing event, with a crazy piñata made on site during Friday's opening.  My kids, of course wanted to be there. 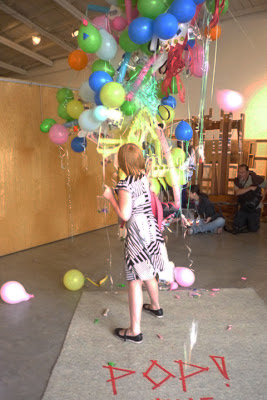 Naomi was up first and gave it a brutal beating.  After her they gave each kid five whacks. 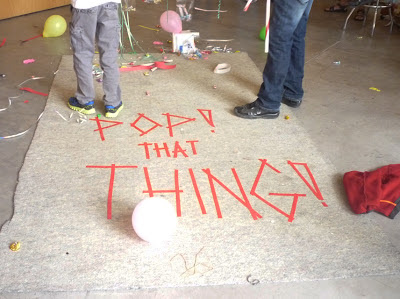 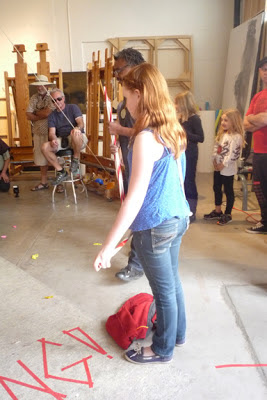 Phoebe waits her turn.  After gathering large amounts of sweets on Sunday the girls walked about through the galleries doing crafts at the craft fair nearby, while I volunteered at the front table at the piñata show.  The whole time I was there people streamed in to see the show at a steady pace.  I'm so glad to be a part of it.  Now here's hoping he sells!
Email Post
Labels: Art Detour art opening First Friday Frontal Lobe Gallery gallery mutant Mutant Piñata Show paper mache piñata sculpture