Voting for Mutants and another Sparkly Event

Anyway, yes, it's a real thing, and I made two designs for possible piñatas. However, I'm leaving it up to you, my readers, as to which one I should build. The choices are below so be sure and vote!! 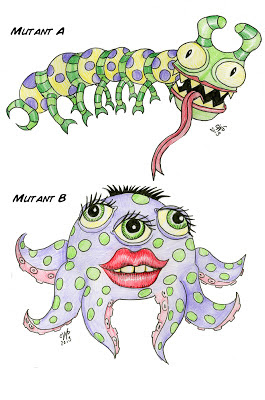 I'll be documenting the build on here of course and the show when it opens! 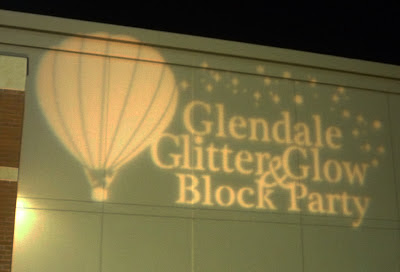 In other news last weekend we headed over to the last day of Glendale's Glitter and Glow event. 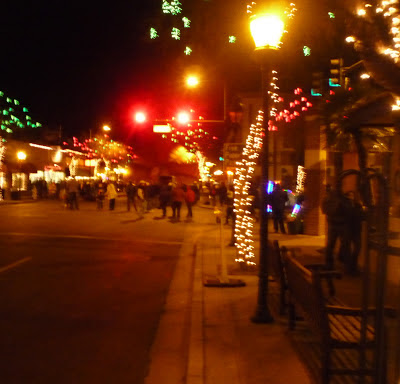 For the entire month of December and half of January Glendale's Historic District is a crazy festival with beautiful light displays, and glowing giant hot air balloons. 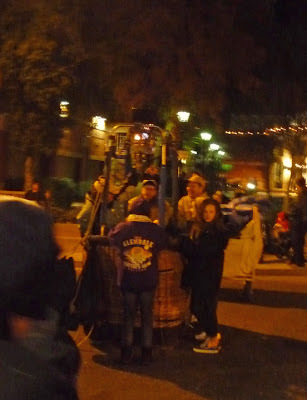 Here they are steadying the basket before inflating the balloon. 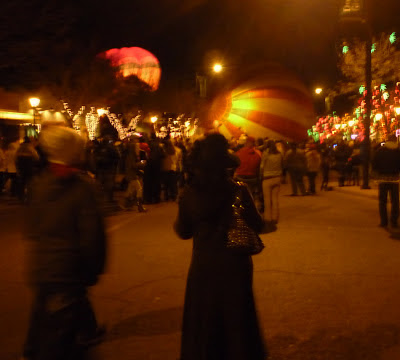 In the back you can see this balloon as it inflates. 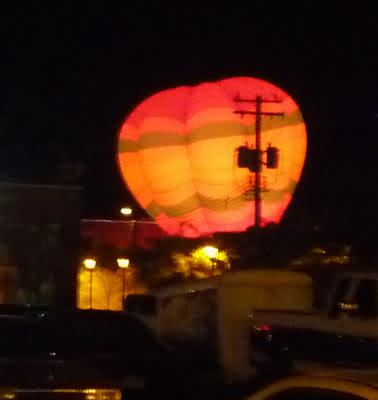 It makes quite a spectacle inflating these giant, glowing balloons and filling the streets with them. It drew a huge crowd as well, even though it was freezing cold that night. 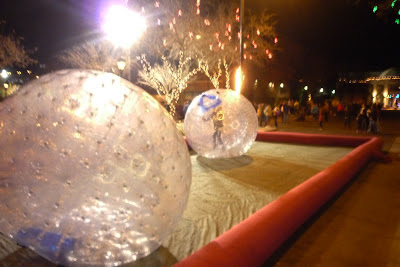 There were other things going on as well. Such as these odd plastic balls children were rolling about in. 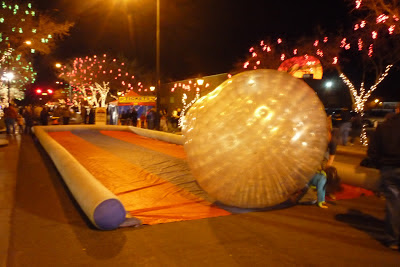 Of course my kids wanted to try, but I bought them some overpriced fudge instead.  We also brought the new dog, Oscar,along that night to see how he'd do in a crowd. He was a little shy, but overall, he did really well. Carolyn Watson-Dubisch said…
This was very close. Here and on facebook there were 9 votes for mutant A and 8 votes for mutant B! So Mutant A it is. Check my blog for progress on the build!
January 17, 2013 at 7:12 AM