The Ruins and The Lights

For Christmas we traveled north to visit family.  While we were there we took some day trips.

With a storm brewing over the mountains we headed out to the Tuzigoot Ruins.  It's an ancient city near the top of a mountain. 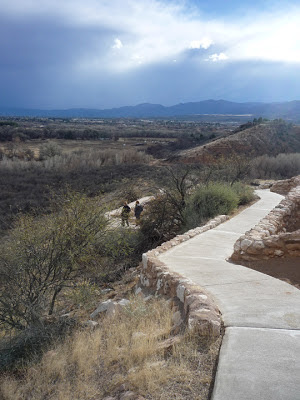 This is the path to the site. 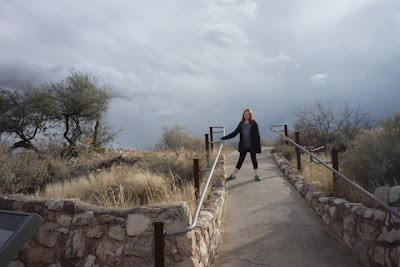 Phoebe led the way.  The clouds are threatening. 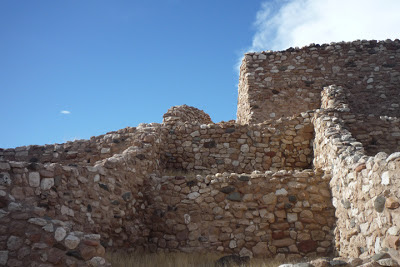 There was a lot to see. 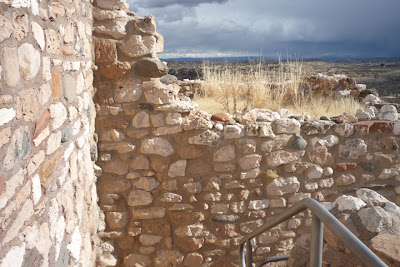 Many winding staircases and paths. 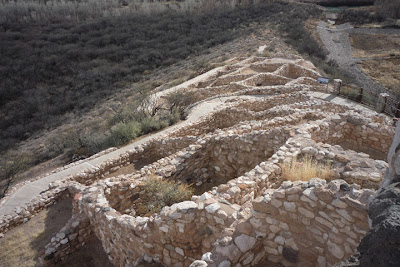 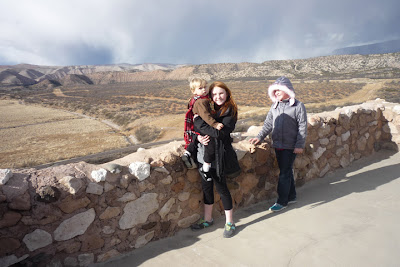 The girls loved showing their little cousin around!

While we milled around the visitor center the storm hit us.  First it hailed and then it snowed hard and fast.  Naomi was too thrilled for words!  (My kids like to moan and groan that they don't remember snow). Anyway it snowed repeatedly while we were in the mountains. 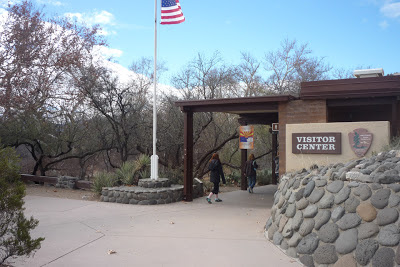 We also visited some other ruins, while we were in the area... 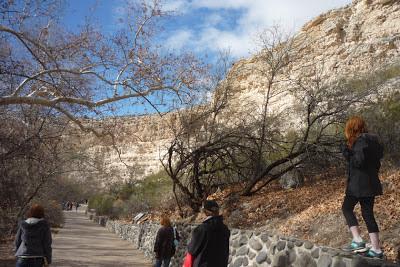 Here we are on the path to Montezuma's Castle. 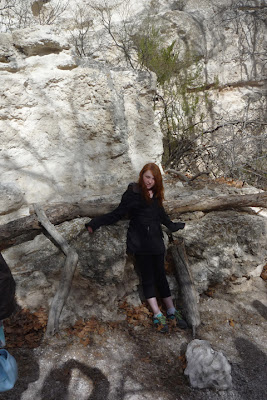 Phoebe posing by the rock face near the castle. 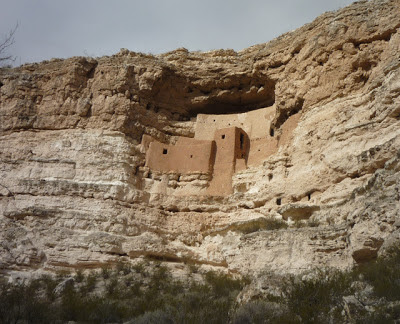 Montezuma's Castle is definitely an amazing site to see.  It lacked the intimacy of Tuzigoot, though, where you could walk around inside it. 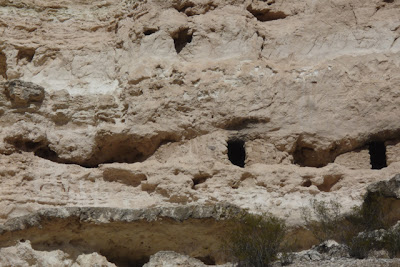 These are some rock windows. 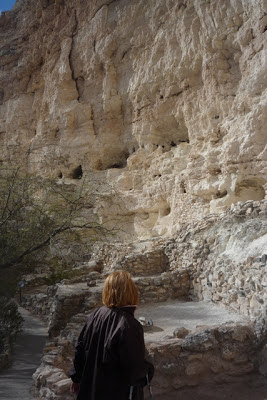 Naomi studying the ruined, and ancient rooms, (or maybe she was just looking in that direction). 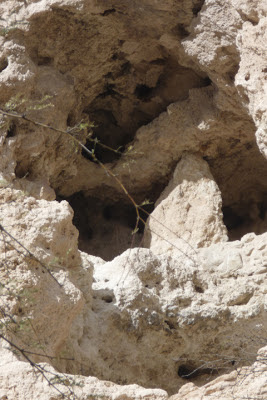 I think at one time they allowed visitors inside some of the rooms, but things started to deteriorate quickly so now you just peer in from outside. 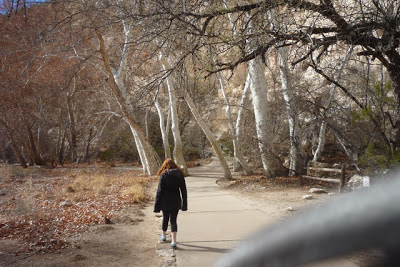 This I think is a beautiful photo except for that annoying thing in the lower right. 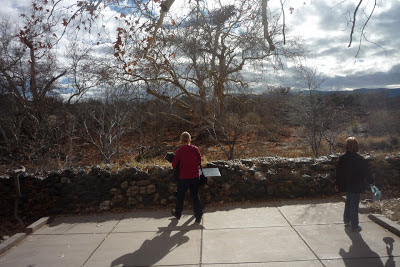 Near the castle is "Beaver Creek".  Didn't see any beavers. 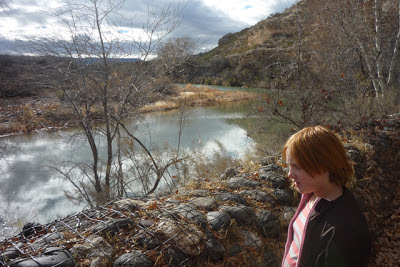 Not for lack of looking though. 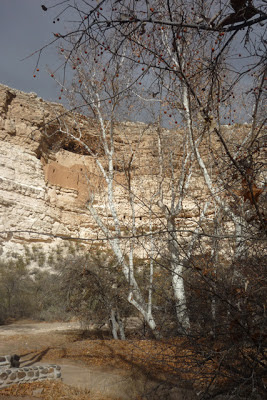 Montezuma's Castle was an incredible place.  It's amazing that people used to live inside the face of these cliffs. 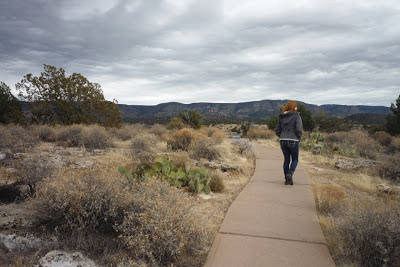 After the castle we decided to go to Montezuma's Well. 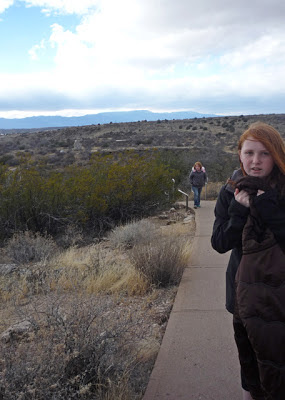 We had to hike up the hill to the top. 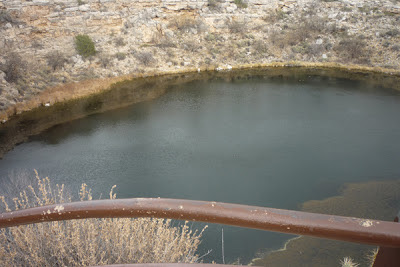 The well is a collapsed limestone cave that the native tribes used for centuries. 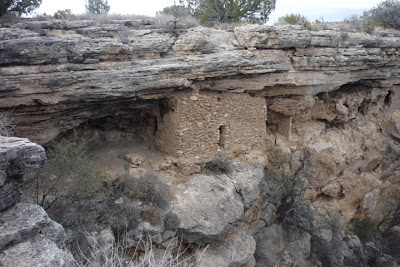 On the full moon they do special events here with luminaries.  Perhaps we'll come back for that. This is where my camera died... So no more pictures of the well.

On our last night in Sedona, Mike's Aunt and Uncle took us out.  First to "Pizza Picazzo" where the waiter took one look at Chloe and said "Where are you from?" Chloe looked a little panicked for a minute and after a very pregnant pause said "Phoenix."  Since we've moved so much that's a loaded question.... Do I give them my life story or just tell them my latest address?

Anyway, after dinner we headed over to "Red Rock Fantasy".... 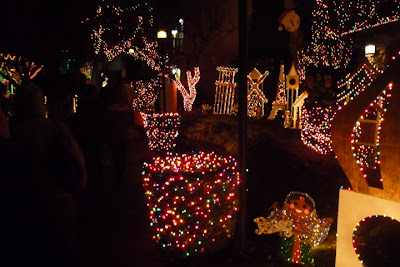 Most of the displays had a special theme.  This one was called "Small World" (no, they were NOT playing that incessant music!) 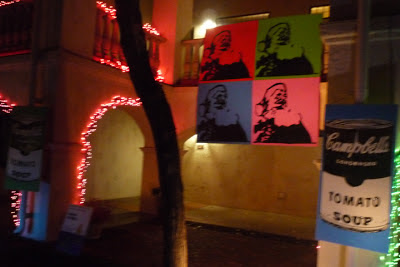 This is a "Andy Warhol, Pop Art" display. 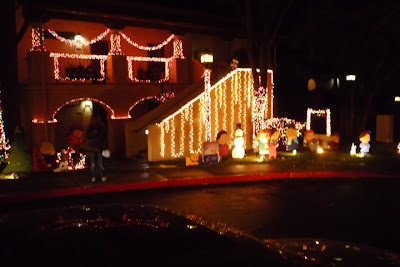 Other themes were harder to pinpoint. 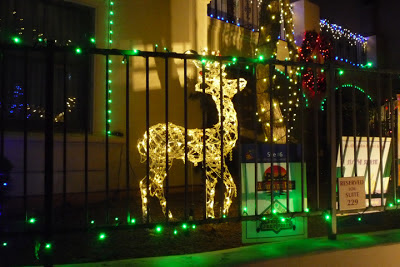 Each display was one you could vote for.  I guess the families or groups that did them can win a prize. 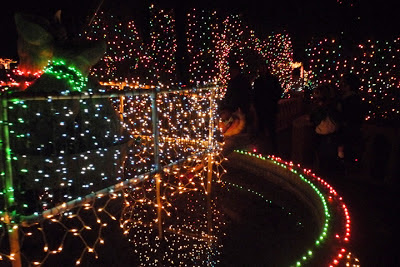 This fountain was very pretty but there were extension cords running through the water... 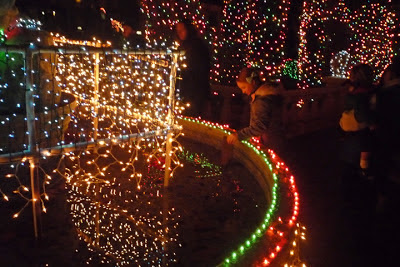 Here's a picture of Naomi trying to electrocute herself. (GAH!)

It was a cold (I'm such a baby since we lived in California), but beautiful walk.

Tonight is New Year's Eve, I hope everyone has a wonderful night!