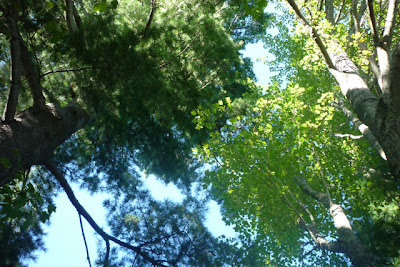 The eastern coast of the United States is very humid.  This I knew.  I grew up and lived on the east coast most of my life, but somehow it took me by surprise. I remember when I lived in New York, friends and family originally from California would cancel plans because "It was going to rain!", and we would laugh and shake our heads, because of course it was going to rain, but only for a minute, then it would be a beautiful day!  However it has been 5 years and coming from San Diego where every rain storm was reported on and anticipated for a week in advance these summer storms seemed very odd.

Another challenge to adjust to was the loons.  I know many people love the call of the loons, but they just....Never. Shut. Up. It's very quiet in the country.  No trolley rattling, or cars speeding past, just loons making their weird call that sounds like adolescent kids trying to annoy me.... And it was working, they were driving me insane. It made me sympathize with why so many local Mainers ("Main-ahs") were so well armed. (One neighbor told me "Having guns in the house is like coffee in the kitchen around here!").

Early one morning Mike and I saw a red fox.  He was running so fast he was like an auburn blur, and at the time I wished he had run a bit slower.  I'd never seen a red fox in the wild before.  Then a local friend on Facebook pointed out that the red fox in Maine are often infected with rabies.  It's epidemic apparently, so I guess I'm glad he didn't stop for a nibble. 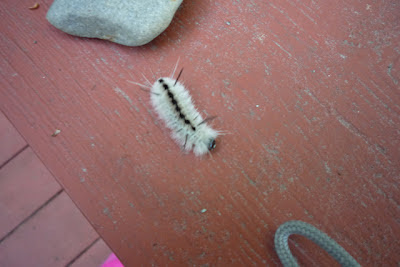 Most of the other wildlife we experienced had many more legs.  MANY more legs.  There were caterpillars of every variety pretty much everywhere.  This one Naomi and Phoebe tried to keep as a pet, but it didn't really work out.  Caterpillars aren't really quality pets. 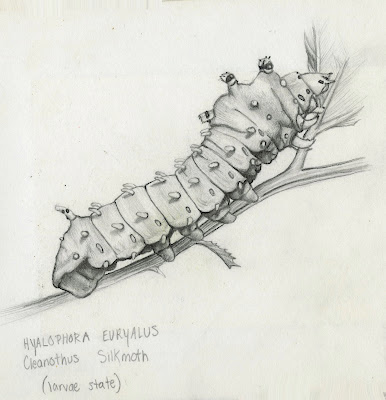 All the little critters affected my work though. 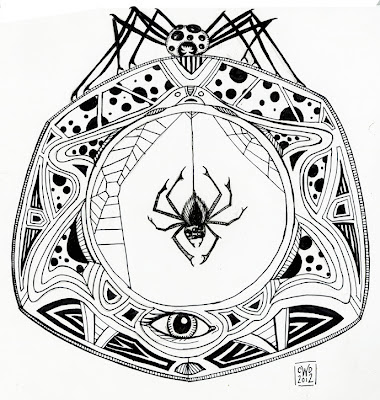 This is my spider mandala.  Spiders, of course had a huge population in the woods, by the lake, and in the house.  However, I didn't mind them outside.  Anything eating all those mosquitoes couldn't be all bad.
Email Post
Labels: caterpillar loon call loons Maine pine trees rain red fox spiders