The Queen Mary and The haunted phone

On Saturday our friend, Cody Goodfellow asked us to come to "The Queen Mary" in Long Beach and help him. 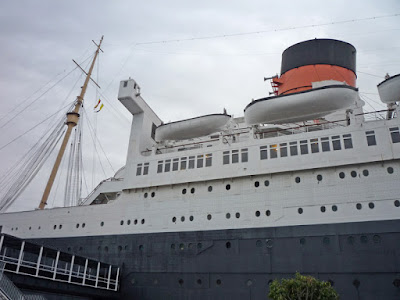 He was leading the Cthulu Prayer Breakfast, and needed "deacons" to participate in the ceremony on board this classic luxury cruise liner. So we said ummm... ok. 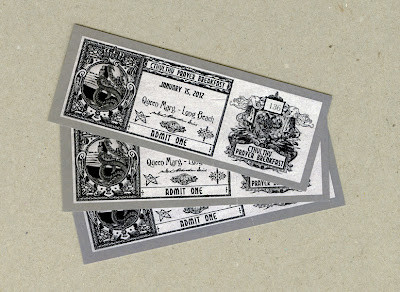 So we zipped up to Long Beach Sunday morning and boarded the ship.  Then we donned robes and squid masks to participate in this crazy performance, worshiping the squirming god from beneath the sea, for a crowd of Steampunk Symposium attendees. 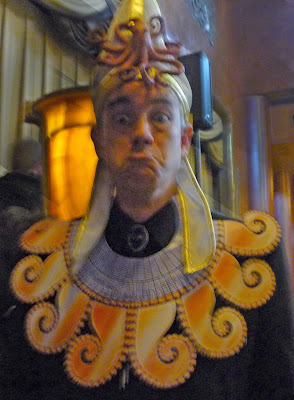 Here's Cody in his crazy priest getup!  It was actually pretty hilarious.  Fortunately I was hidden behind a mask. 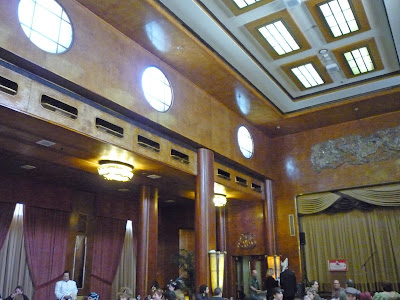 The breakfast was in the Royal Salon. 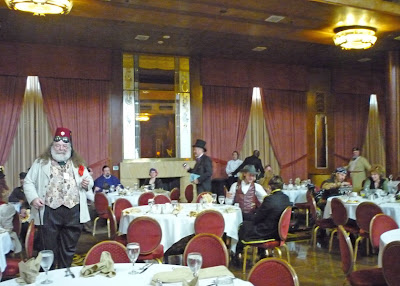 The crowd was as interesting as the boat. 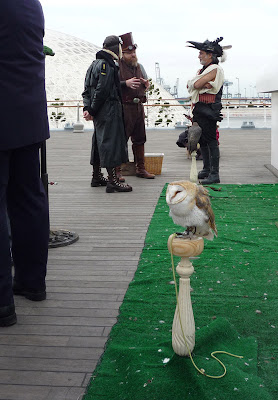 On deck was a raptor show. 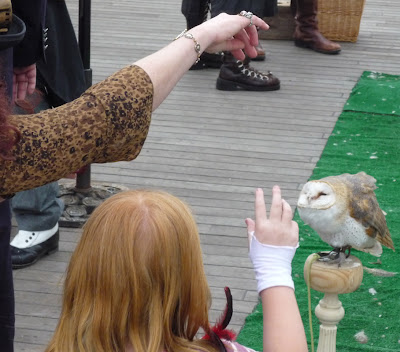 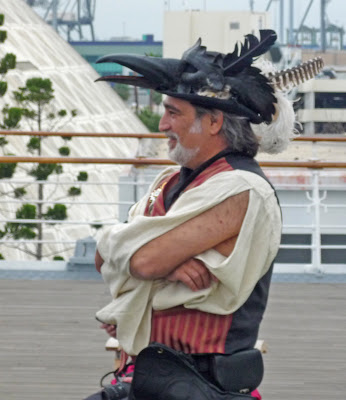 I liked the bird guy's hat! 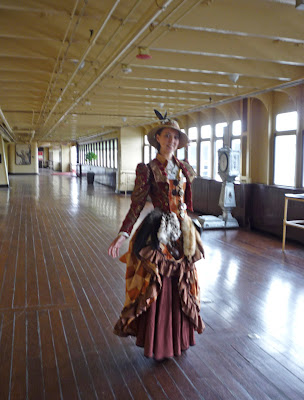 Walking through the boat was like being back in time. 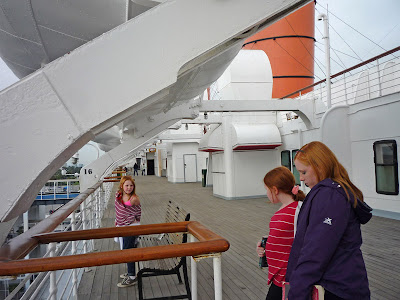 There was a paranormal tour near the stern of the ship. 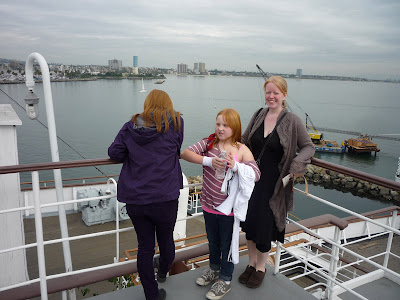 Not that we bothered... 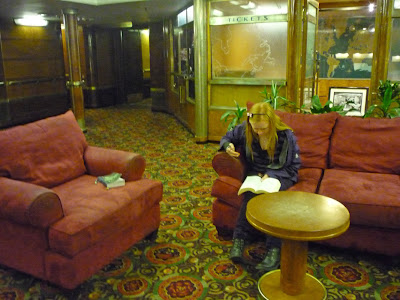 The lower decks were pretty spooky on their own. 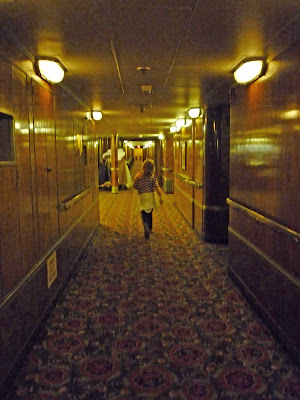 The halls reminded me of that hotel in Stephen King's "The Shining." But I don't think you could ever sign up for a tour and expect to really see dishes flying around of their own accord and real ghosts walking about.   I've had only one unexplained event in my life and it's my kid's favorite story... So here it is. The story of... 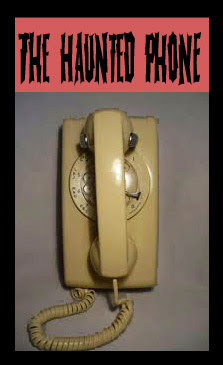 When I was pregnant with my oldest daughter, Mike and I bought a house in the Catskill Mountains of upstate New York…. In the middle of nowhere. We drove down winding roads for 40 minutes just to go grocery shopping, and most of our neighbors were only around in the summer or on holidays.  It was a nice little house, next to the creek, and in the kitchen mounted on the wall was an old fashioned dial phone with a coiled cord.

When we first moved in I picked up the receiver and heard a quiet conversation between two women about hair dye.  I didn't want to eavesdrop so I said "Hello? Who is this?"
The ladies stopped talking. Then one said, " Did you hear that?"
"Yes, is someone there?"
"Hi, Can you hear me?"  I said. Then it was silent, no voices, just a faint dial tone.
I quickly decided this old phone was somehow hooked up to an old fashioned party line.  After that we used the phone very little, preferring our cordless phone hooked up in the other room.  The handful of times I did use it I could hear whispered voices in background, always assuring the other person that the line sometimes "picked up" other calls.

A year and a half passed and we mostly forgot the phone was even there. Then in September of 1999 Hurricane Floyd passed through our area, leaving us without power and the road with large impassable trees blocking the way.  Fortunately we were already prepared.  We had stored food and clean water in a paranoid frenzy for Y2K and we desperately needed it all.  We bathed in the creek, painted in the day and played board games by candle light while waiting for our power to be restored. After a week the road was clear but still no power, and it was getting tedious for Mike and I (though, one year old Chloe was loving it!).  I lamented that we couldn't call my sister as the cordless phone didn't work without electricity, when we heard an unfamiliar ring.  It was the wall phone in the kitchen. I raced to it and I heard the faint voice of my sister.  She was just checking in on us and invited us up to her place until our power came on.  So off we went for five days and when we returned, everything was back to normal, and I was so glad we had a hardwired phone that didn't rely on electricity!

A couple years passed and the phone was mostly ignored, except by three year old Chloe who thought it would look better covered in sparkly stickers. The power went out at least once or twice a summer, usually just for a few hours. During one of these outages Mike decided to try the phone in the kitchen to make his call, but it was dead.  Concerned he drove up the road to the local country store and called AT&T's service line.  I believe it went something like this…
"Hello, yes, my phone has stopped working."
"Can I have your account number?"
"Yes, it's  xxx-xxxx"
" I don't see anything wrong here"
"Well, we don't have any power right now."
"Well, that would be the problem."
"No, but we have an old fashioned dial phone hooked up in the kitchen, it should still work."
"I'm sorry, but according to our records you have no phone in the kitchen."
"Yes, we do, we've used it."
"No, you don't.  If you do it's not connected through us."
"Oh. OK."

After this Mike came home, walked into the kitchen and pulled the phone off the wall.  The only wire on it was about 3 inches long and attached to nothing.   It never was hooked up!  (Spooky music plays now).

Megan Raines said…
I love your Long Beach pictures too! I remember visiting the Queen Mary when I was a child, but haven't thought about that for years. Thank you for the reminder !
January 19, 2012 at 3:04 PM