Discoveries in the sand

On Saturday we went to meet up with Mike's Aunt and Uncle and their giant labradoodle, Max, who were visiting from Arizona.  They were staying at a dog friendly hotel on "Dog Beach".  The place was dog heaven. Their room opened up to a play yard for all the dogs in the hotel.  They were next to the beach and a walking path that headed over to Mission Bay Park.  We even ate lunch at one of the many nearby restaurants that let Max flop at our feet while we ate. 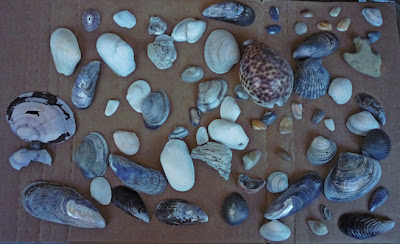 Naomi walked along the beach with Aunt Jill and collected a big plastic bag full of wet, sandy, and somewhat smelly shells.  I let them dry out on the patio, then I brushed off all the sand, and tossed the sharp broken pieces.  Her approach of picking up EVERY shell she saw yielded some nice ones.

What I learned this week is that there's much more to sand than it's annoying quality to get in and on everything you own. 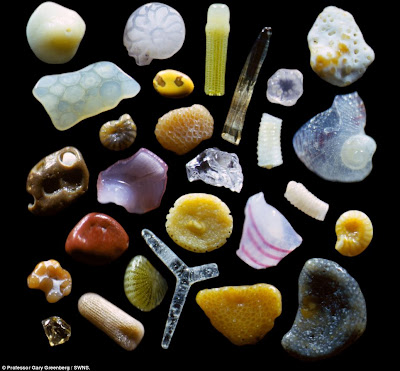 This is beach sand magnified over 250 times real life size.  This photo is from an incredible online article here.  Apparently, the beach is even more amazing than what we can see!

In other news I've been busy working on "Once Upon A Mattress" this week.  This is one of the "Scene Titles" that will be projected overhead during the show. 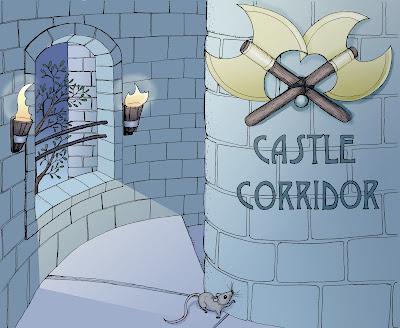 Also Fables for Japan, Book II has been released here. 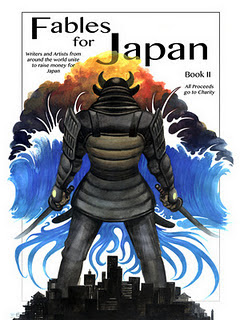 The story Mike and I contributed, “In the Realm of the Sea Dragon,” is in this one along with some other great work.  All proceeds will go to help tsunami victims.

And last, but not least, our kickstarter  promotion for "The People That Melt in The Rain" graphic novel, has reached it's goal in less than a week!  So now we're just filling orders for books and art. You can still participate though-take a look!
Email Post
Labels: dog beach Fables for Japan Japan kickstarter Looking Glass Theatre Once Upon A Mattress Sand shells The People that Melt in The Rain

h said…
I've seen the magnified sand images before. They're beautiful, aren't they?

Be careful with those smelly shells! I think even soaking them in bleach may not take the smell away.
January 11, 2012 at 11:11 AM

Carolyn Watson-Dubisch said…
Since they've dried off they don't smell so bad, however they're still outside on the patio!
January 11, 2012 at 12:23 PM