Our first show had a spotty start, but was over all definitely a success! This is the recording... 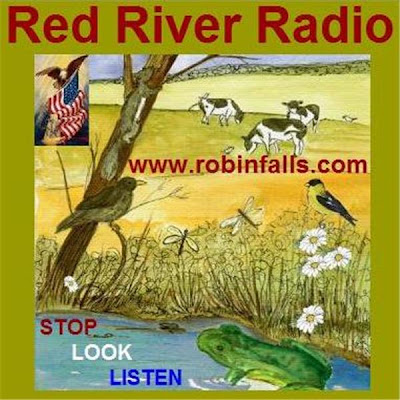 Art on the Red River – Is a show dedicated to entirely to art. Each artist sharing his creative process so that we all can be enriched and grow in knowledge. Our next show is Monday, January 31st.

Our first guest is Jed Alexander an incredible artist from California. His remarkable work has appeared in children's magazines such as Cricket, and Nickelodeon, been displayed in galleries around California and in a number of publications such as The Sacramento News and Review and The LA Weekly. He's also got some great comics from Top Shelf productions. Join us as we talk with him and learn about his work and be sure to see it yourself at JedAlexander.com!

Our second guest will be artist, Mike Dubisch, the creator of the Lovecraftian space fantasy graphic novel “Weirdling.” Best known in the role playing game industry for his designs in “RIfts,” “Beyond the Supernatural,” “Dungeons & Dragons” and “Star Wars,” Mike is a graduate of The School of Visual Arts, where he met his wife Carolyn Watson Dubisch. Together they co-create the award winning web comic “The People That Melt In The Rain.” Mike’s latest creation is a series of Cthulhu Mythos paintings and limited edition books titled collectively “The Black Velvet Necronomicon.”

So if you are an artist and want to be our guest, contact Wade Zahares or Carolyn Watson Dubisch. The show airs on the 4th Monday of each month.

It runs for about an hour.  Yes, it's a live show, but also records as a podcast. Anyway, stay ahead of the crowd and start following while it's still cool.
Email Post
Labels: Art of the Red River Carolyn Watson Dubisch Jed Alexander Mike Dubisch radio show Wade Zahares

Jackie said…
Hi Carolyn! I'm originally from Carmel, California. I've been living in Mexico for 19 years now and I found your blog through Blog Frog. I look forward to reading your blog.
February 5, 2011 at 12:38 PM