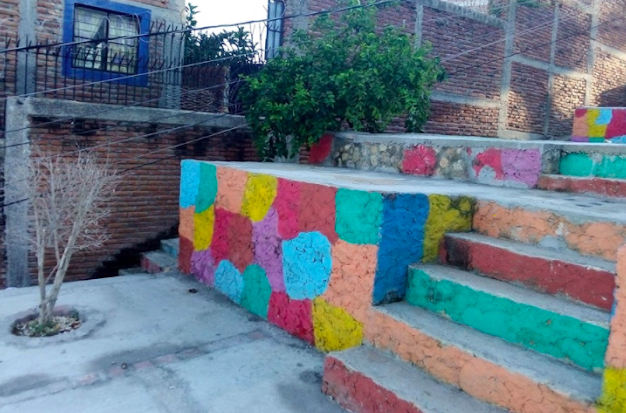 This weekend, Naomi and I returned to Confetti Park downtown to create a chalk mural for the Day of the Dead (or Día de los Muertos). 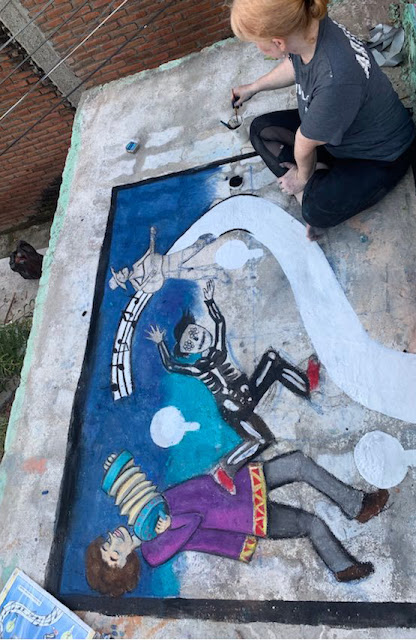 I recreated an image from my new children's book, "Andy and the Mask of the Dead". 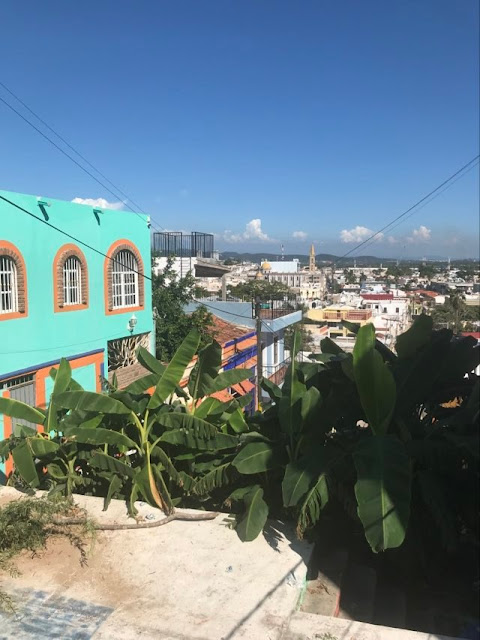 It's a vertical hike up into the park, but the view from where we worked was spectacular! 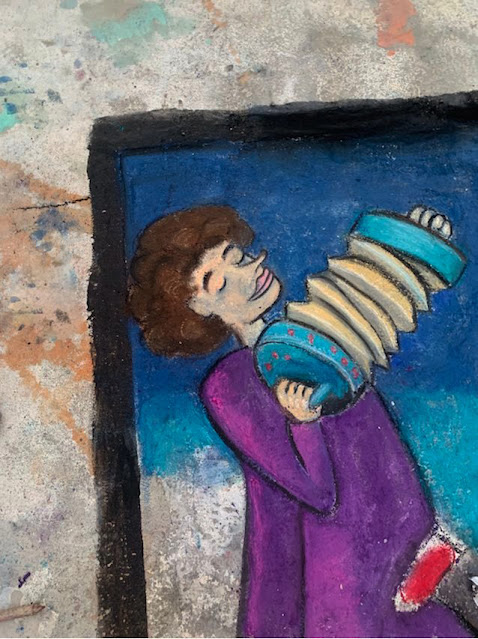 This is a close-up from the first day. 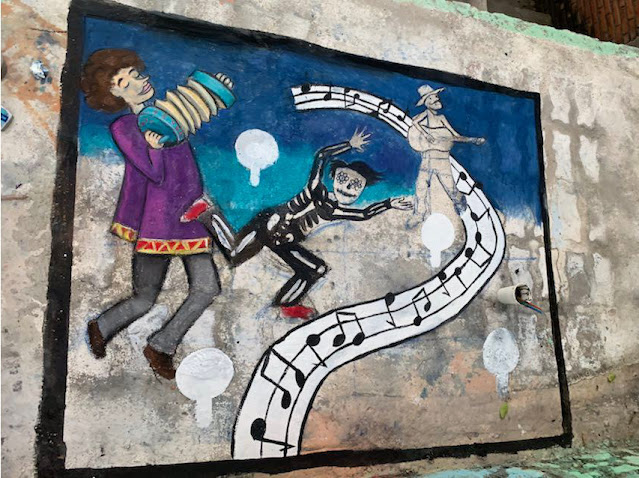 This is where we were at the end of Saturday. 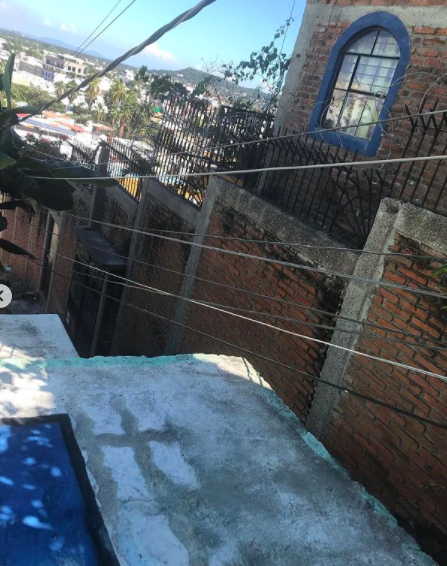 Even at the steep incline, I think this was the most dangerous part of creating this. These wires were SO close to us and we had to constantly remember they were right next to us! 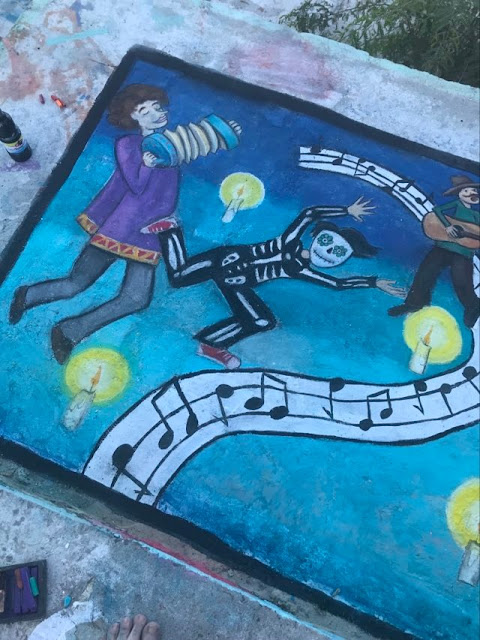 I took this photo from above a few steps up. 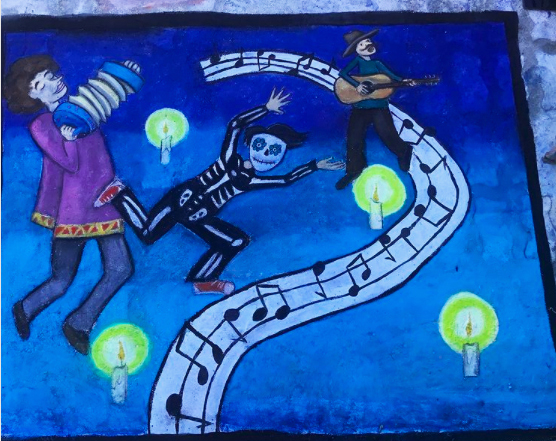