Plague Days 2020: Drawing for Earth Day in quarantine in Mexico 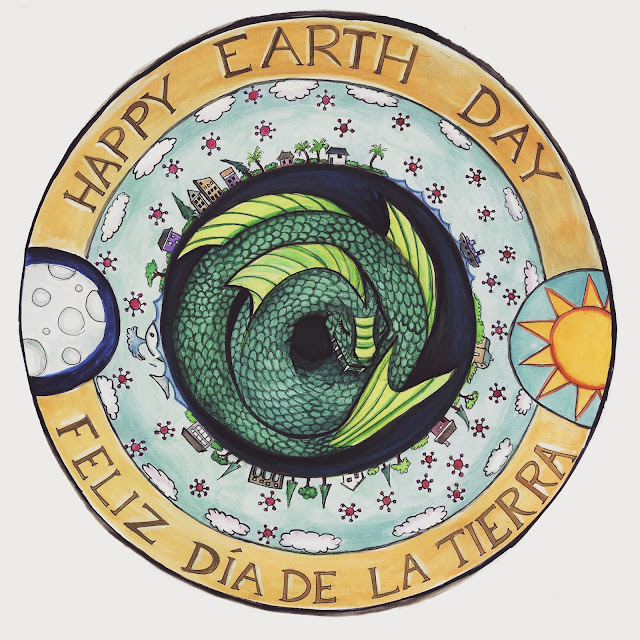 It's been a busy week (that's a sentence I haven't said in a while). I spent the weekend working on my chalk mural for the Virtual Earth Day Chalk Festival. 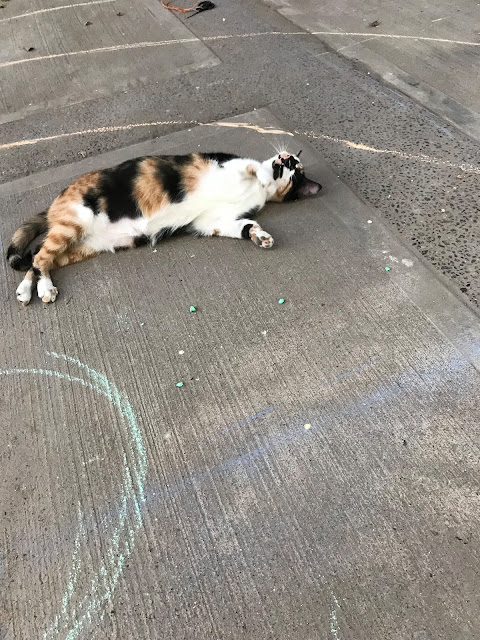 As I began on Sunday Rosita decided to help out by chewing on my chalk. 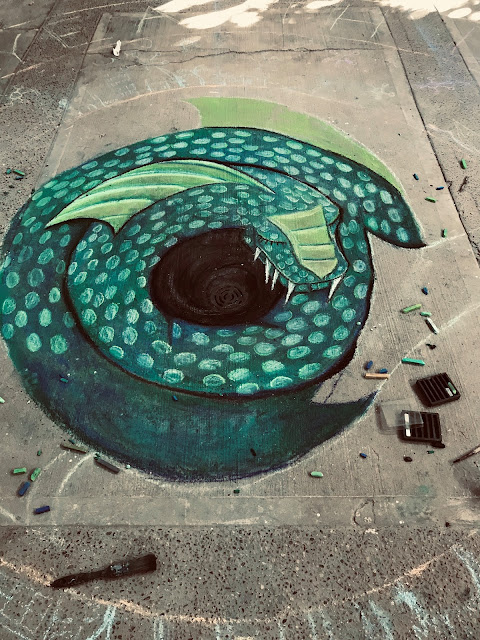 While I worked on the dragon, Chloe assisted me. The dragon was hard because I was sure I was going to run out of green. This is a 14.5 foot mural and I had much less chalk than I realized. 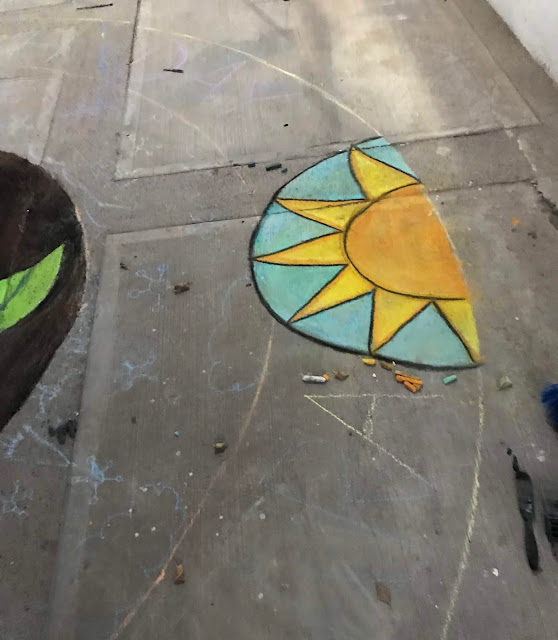 She drew the sun for me. 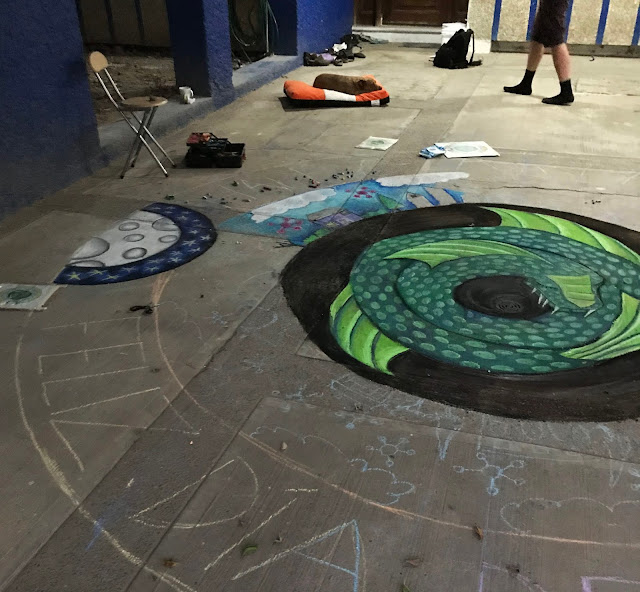 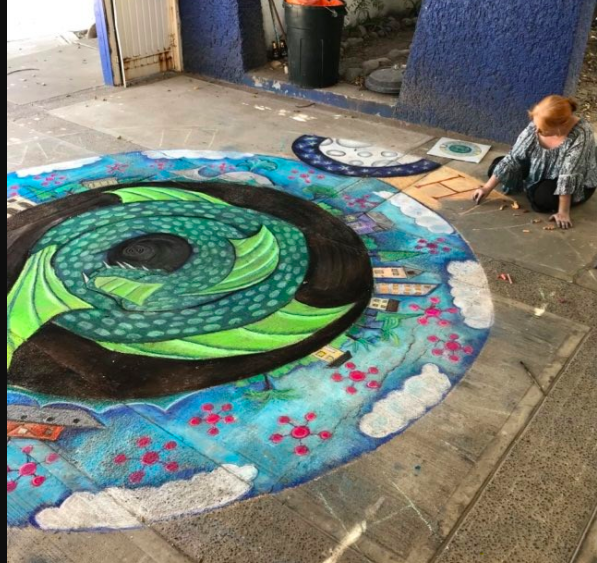 The second day is always better for me even though by then I'm always incredibly sore. During the day I worked with the garage door open. The tourist police stopped by and took a look. So did a few neighbors. 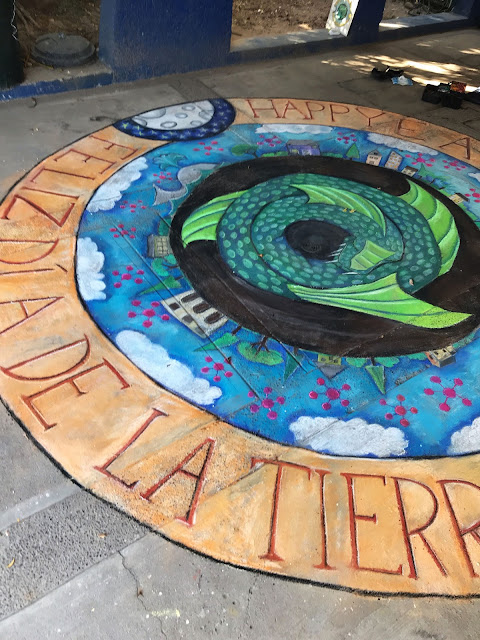 We also met new neighbors that just started renting next door. They're Canadians who are stranded. Over the past four weeks, their flights home have been canceled over and over. I'm hearing now that Canadians who try to drive home are being turned away at the US border. 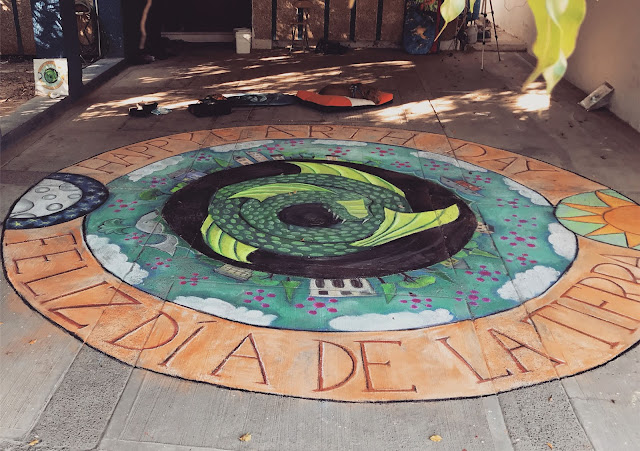 Anyway, I did it! The chalk was enough and I managed to finish.


This is a time-lapse of the drawing. What's cool is that I was mentioned in The Mazatlán Post for it! 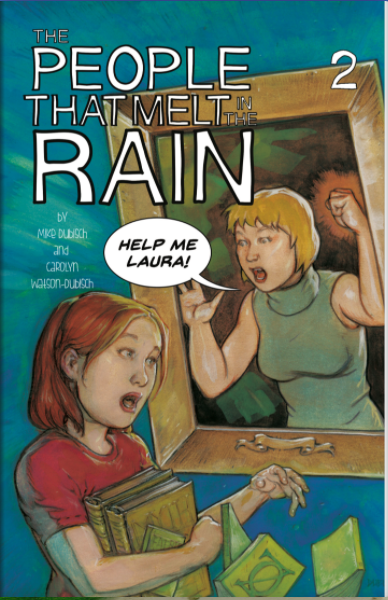 In other big news, The People That Melt in The Rain issue two is now available online for free!

A rain god finds herself stranded in the town of Deluge

The award-winning y/a comic illustrated by Mike and written and colored by me is a short but entertaining read for anyone stuck in quarantine.

For the last few weeks, Mike's been having some issues with his heart. So far we've had one trip to the ER with an EKG, 3 trips to the cardiologist with 3 more EKG's, an echocardiogram,  4 heart medications, and a full round of bloodwork done. With no insurance, this has so far cost us less than $500 USD. This is one very good reason that we're in Mexico. Mike is getting treated and will be ok. If we hadn't been in this country I don't like to think about what would have happened.

Anyway, have a great week and stay safe as best you can!!