More Days and Nights in Mexico 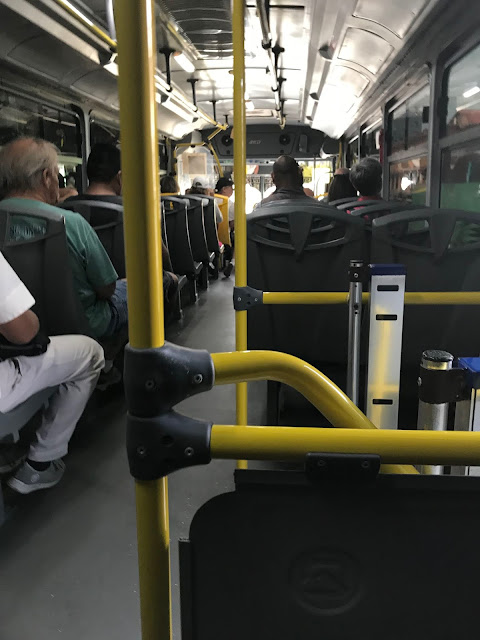 In the last week since Carnaval ended construction on our main road has slowed traffic and made the crazy experience of driving around this Mexican city even crazier, so we've been using the buses more. It's only 11 pesos (about 55 cents) to get anywhere in the city, so it's a great deal and less stressful. 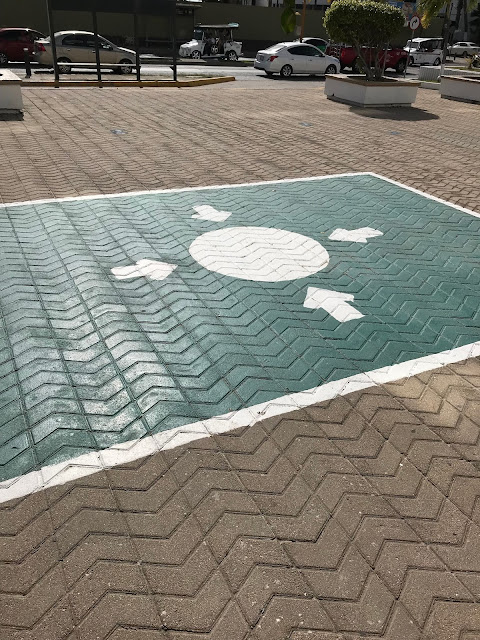 Something to file under "good to know if you're ever in a city in Mexico" is this symbol, usually with the words "punto de reunion "(meeting place) is an evacuation point. This is the one closest to our house. Phoebe researched it for us and then looked at me a bit panicked.
"What do I do if I'm in the U.S.A. and need to evacuate! We don't have this!"
I had no answer, but it's a good point! 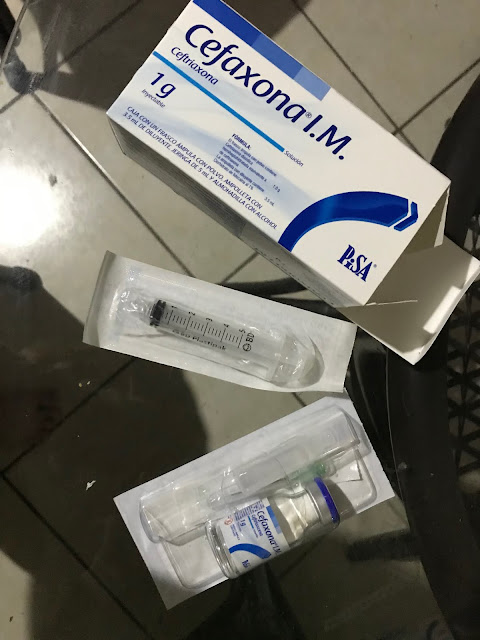 Speaking of Phoebe, she's been feeling pretty sick since we left and came back from Phoenix. I thought she was getting better when we went to Carnaval together but she finally just asked to go in and get checked. I brought her into the hospital on Sunday. They took one look at her throat and put her on IV antibiotics. Unfortunately, our doctor spoke no English this time, and while I'd managed to communicate all her symptoms I didn't really grasp all that she said. They sent us home to give her these injections for three days. Based on what the chosen antibiotic is she either has pneumonia or strep throat. I think it's the latter. Anyway being sick right now with this COVID-19 virus going around it's very stressful. Mixing meds and giving my kid injections is also...very stressful.  We've stayed home a lot lately. 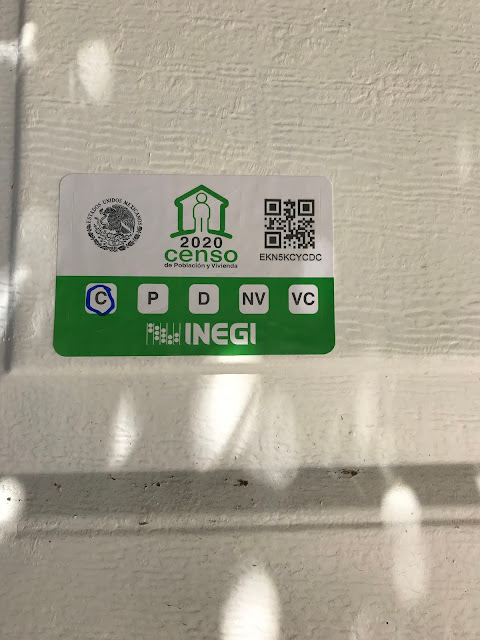 Last night Naomi was up all night again. She has been trying to quit vaping (Thank you Phoenix Central High School for getting my kid addicted, students actually pushed Juuls on other kids in study hall). Anyway, she's been off them a few weeks now. She was also the only one up at 7am when the Census showed up at our door. So she sat there and google translated and practiced her Spanish for 40 minutes. Now we're officially on the Mexico census for 2020!! 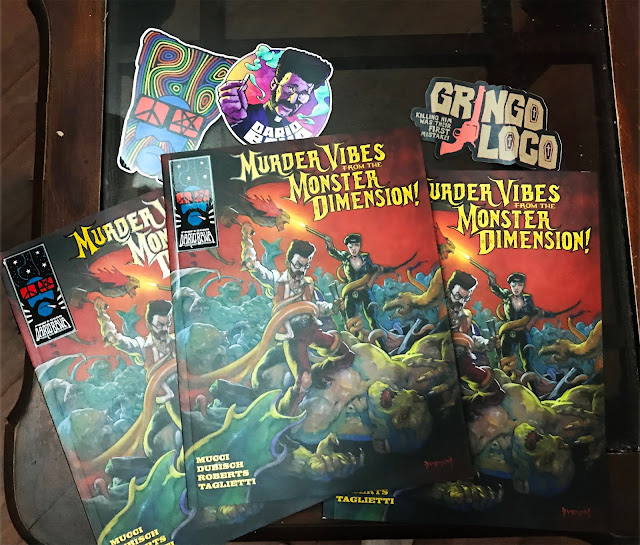 In other news Mike has a new book out called "Murder Vibes from the Monster Dimension" You can take a look here! The publisher sent a huge box of them to Mexico for him to sign and return.

I've been busy as well. I'm being asked to design some murals for a children's mission home and Phoebe will be assisting me. Also, I have an alien sculpture I'm working on for a show in Copenhagen in May.

With all the crazy news about the Coronavirus, it felt really weird to buy Chloe her plane tickets for Las Vegas, but she's presenting some of her writing at a conference there later this month. Phoebe also went ahead and booked her "Birthright" trip to Israel for June. She's taking a gap semester before college, so I encouraged her to schedule it. With so much travel being canceled I hope it all goes through for them! Have an excellent week and wash your hands!
Email Post
Labels: addiction airline travel art show Birthright bus census evacuation point hospital Israel juuls Murder Vibes from the Monster dimension sick