In the middle of it all in Dublin

Our apartment was on the north side of the River Liffey and next to the Ha' penny bridge. The Ha' penny Bridge is officially the Liffey Bridge and was built in 1816. It's called the Ha' penny bridge because it used to cost pedestrians a hay penny to cross it. I know this because double decker tour buses passed by our window all day long announcing this information, usually in English. Then the French one would come, then the German one and well you get the idea..... 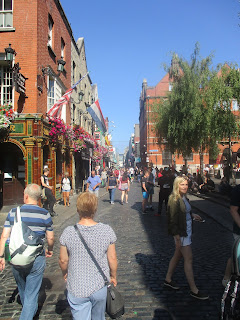 Once we crossed the bridge we could wander the very touristy district of Temple Bar. It was nearly always packed with people except in the early morning. We really enjoyed being in this bustling international part of the city. 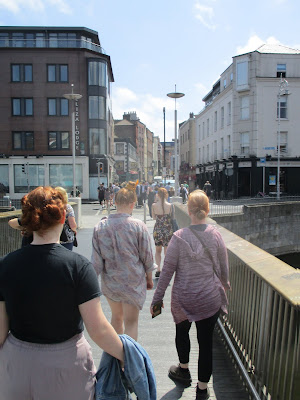 The girls and I using "other" bridge, that's newer, not as crowded and wasn't as pretty, but only 100 feet from the Ha' Penny bridge. 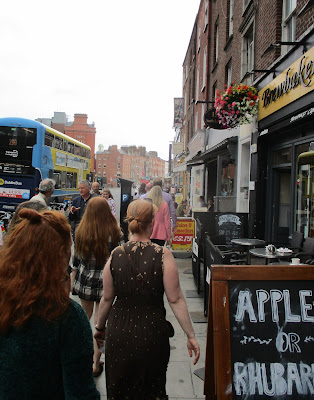 Right away on our first full day in Dublin, we walked over to The National Gallery of Ireland. It's free and full of amazing classical art. 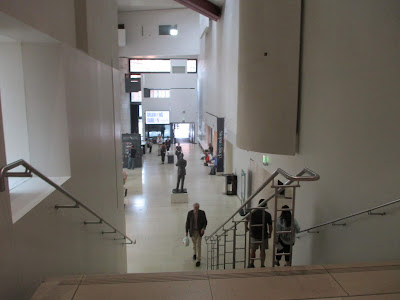 It was nice because inside was cooler and the heatwave had not let up. 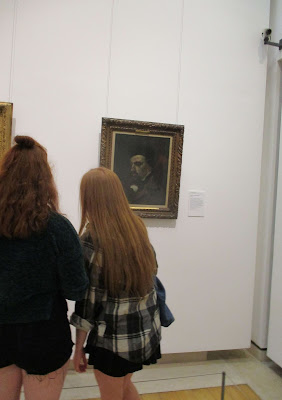 Chloe and Phoebe in the portrait gallery. 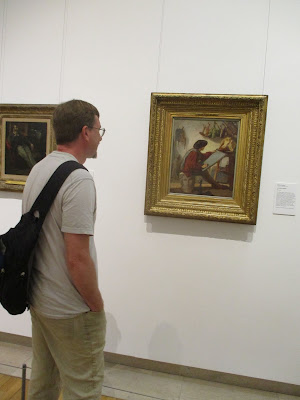 Mike at the National Gallery studying a painting. 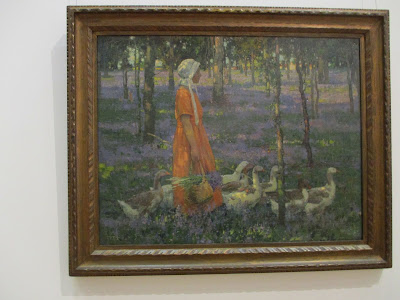 I really loved this impressionist painting of a woman with geese. Though I learned while staying on the farm at Shankill Castle that geese are kind of scary... Too many teeth for a bird and that hissing thing they do is very unnerving! 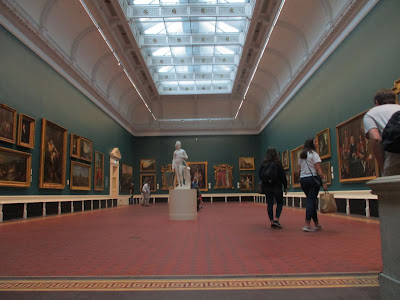 A wide shot of the portrait gallery. 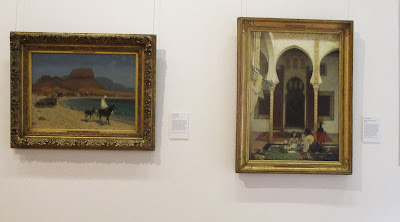 Two amazing paintings of north Africa, which brought me right back to last years art residency in Morocco. I think I actually got emotional looking at them, unfortunately this is not a good, or clear image... 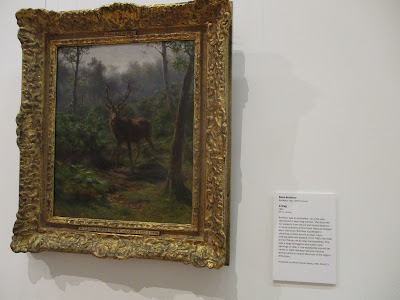 This is Rosa Bonheur's painting of a stag. She is fascinating because this amazing artist liked to paint animals in settings like the bog, but couldn't manage in the long bulky dresses of this time, so she had to get a special license to paint wearing men's trousers. Crazy!! 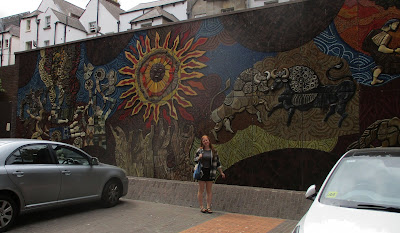 Chloe with an incredible mosaic on the street.

After many hours of trying to see everything we were pretty done with looking at art for the day. We stopped off at a burrito place for Chloe, who decided that experimenting with Ireland's take on Mexican food was a good idea. Then we headed back to our four story walkup and listened to the history of the Ha' Penny Bridge in Italian.