Yet another Spring break

Over Easter Chloe came home for her Spring Break. She brought a friend, Makayla from school to visit as well. The day they were set to arrive, Mike was in LA for Wondercon and Phoebe and Naomi set upon the state capital with their youth group for "March For our Lives". The kids who marched that day were face to face with a counter protest of a large group of "open carrying" men, wearing their AR-15's like purses. Because of this group there was a swat team with their guns at the ready on top of the state capital. In the middle was thousands of very brave young people and my daughters. I was proud of them for marching, but that was a lot of guns.
After that day of cleaning and airport visits we all headed over to the Desert Botanical Gardens to show Makayla some of what our city has to offer. 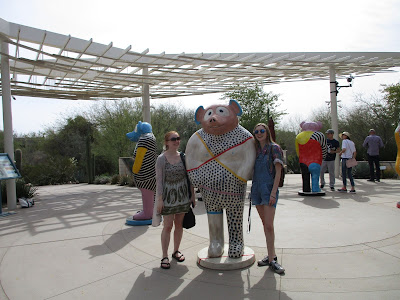 There were a lot of sculptures on display inside by an interesting artist named Jun Kaneko. 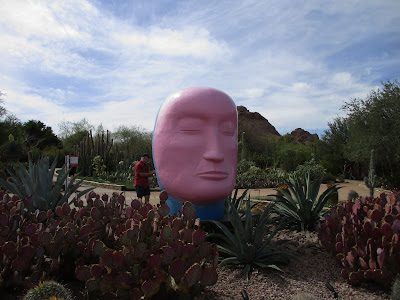 This one was called "Untitled Head" 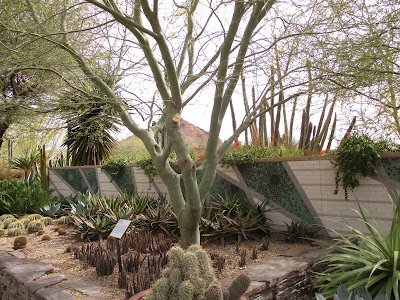 Visiting the gardens is always a great day. This time the butterfly aviary was open as well. 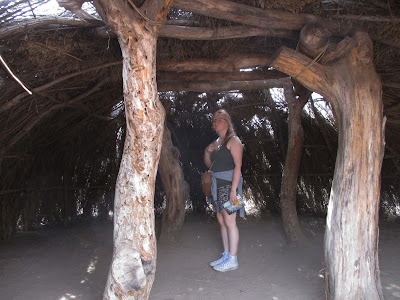 Naomi took a break from the sun and stepped into this wigwam, a replica of, I think,  a Hopi Indian shelter. 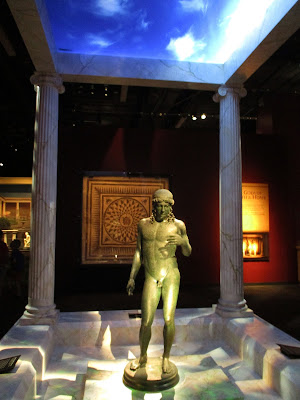 Anyway after Mike came home we also went to check out the Pompeii exhibit at the Arizona Science Center. This is the statue at the entrance. 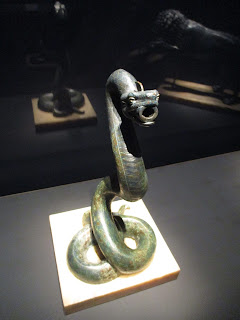 The exhibit was full of interesting artifacts from the city before the volcano erupted, like this snake statue. 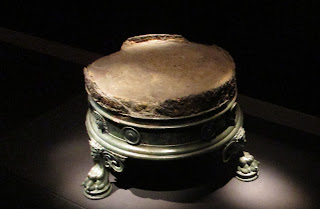 This is a portable furnace. I think a slave would set it up in a room with hot coals inside. It looks a lot like a foot stool, but that would be a painful mistake. 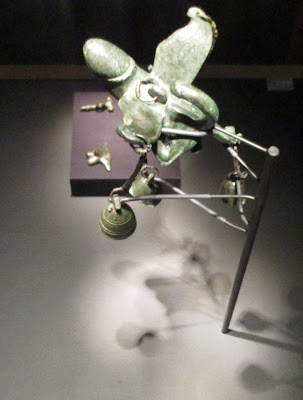 And this is a very phallic wind chime photographed from above. Phallic symbols were everywhere during this time, it was a good luck symbol. People gave them to children to wear around their necks, though ultimately not such good luck for Pompeii. 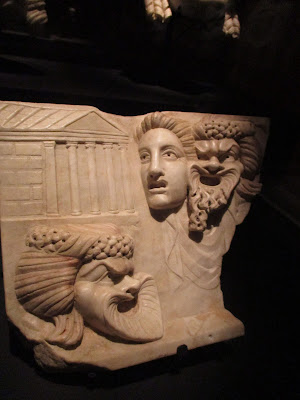 These are theater masks. Theater was a big part of their culture and one form of entertainment, another was of course the gladiators.... 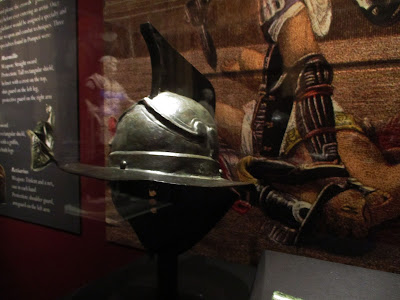 ... And here's one of the gladiator helmets

Anyway after learning about their lives and civilization we were brought into a room that shook, filled with smoke and projected a show of the destruction of Pompeii. Then we were sent into the after part of the exhibit. The castings of the bodies... 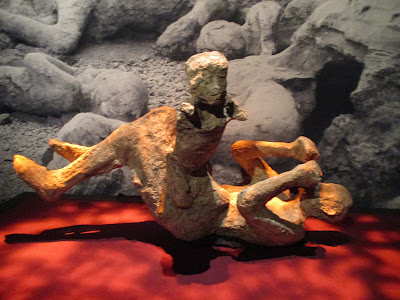 This is a woman and child. They were found hiding in their home. 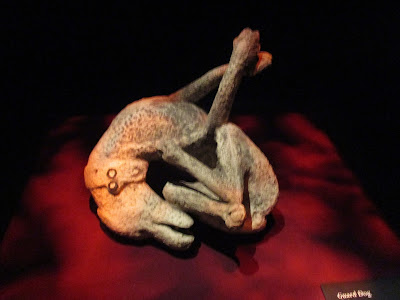 This was a guard dog. 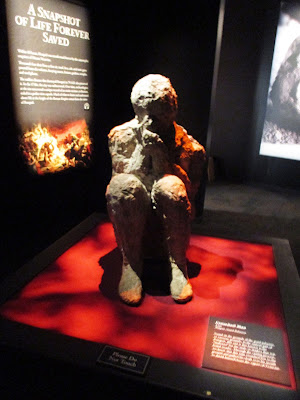 This man was crouching by a fence. He's holding a cloth over his face to help him breathe.

There were more, but it was pretty creepy. The most accurate casting was of a child and the skin on top of his head had been burned off. It showed a very detailed cast of his exposed skull. Apparently the people didn't run during the early earthquakes because they got earthquakes all the time. By the time ashes were raining down it was practically too late to get away on foot.

During the week I also was finishing up as Artist in Residence over at Copper Canyon Elementary. I did finally bring a camera to take pictures of the kids at work making masks 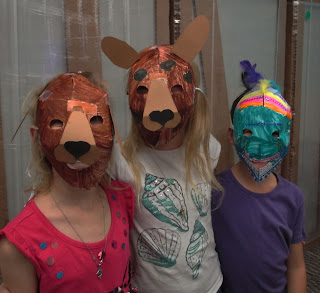 Here we have 2 dogs masks and a carnival mask made by some talented 7 year olds. 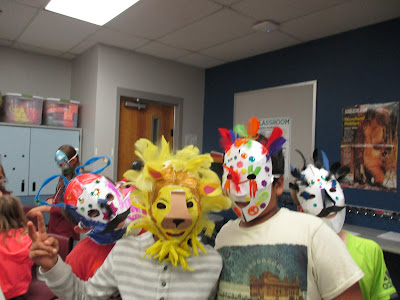 A lion mask and some creative designs. 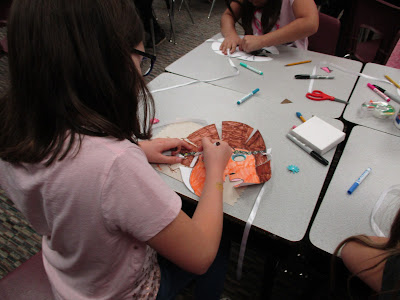 One of the students at work on a princess mask. 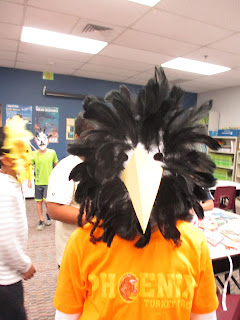 And my absolute favorite, a crow by a young third grader named Nina. I'm so impressed with all these kids it was great fun to work with them!!