We are in Venice Florida, which has a population that seems to consist of people over 68. All day long people call me young lady. I feel like I'm 18 again!(except the legal drinking). Anyway the uber driver I rode with called the area "God's Waiting Room".

Probably the most confusing thing for me was that I flew east from Arizona for 4 and a half hours, yet people kept referring to Sarasota as being on the "west coast". By that they meant the western coast of Florida, but when they said it I would always give them a blank stare for several seconds before I understood. For me the west coast is always California (or Oregon or Washington, but not Florida!) 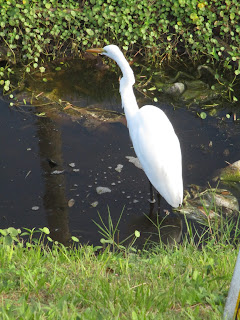 On the second day I walked across to the Winn Dixie from the hotel, which I thought was a kid's book and movie, but turns out it's also a supermarket. (Naomi was rolling her eyes at me, she actually read the book.) Anyway I saw this interesting bird hanging out in a ditch by the market. 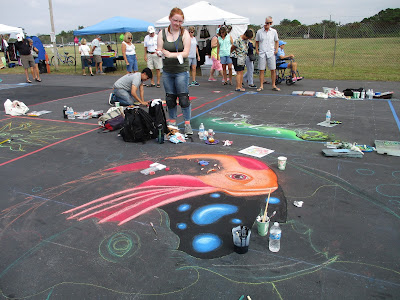 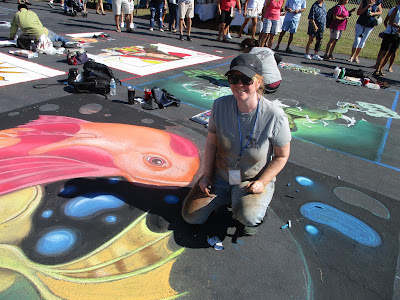 Saturday was super sunny, making up for the previous day's overcast skies. 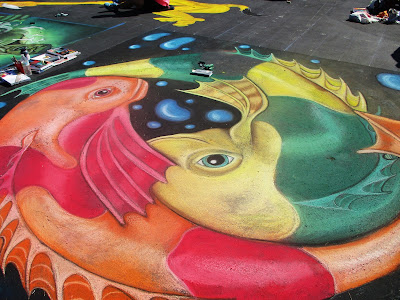 It was so hot I forgot to pay attention to staying hydrated and got pretty dizzy. 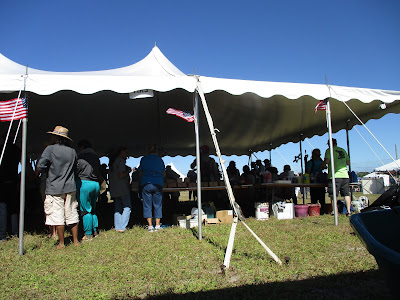 I spent an extra long time in the artist tent at lunch to recuperate. 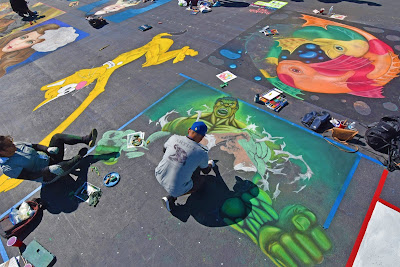 This is when I stopped for lunch, some people didn't though. 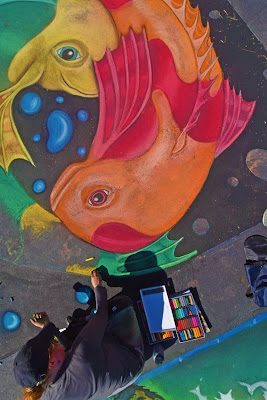 Soon I was back at it. The crowds on Saturday were crazy. 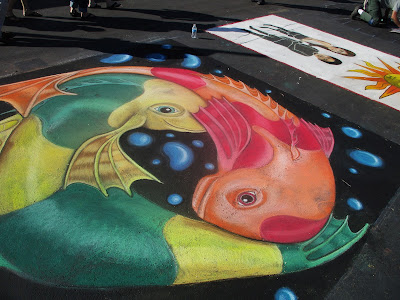 That day I finished!

The next day I went back to help my new friend Mythica with her piece, since I'd finished early.

Hers is a mural that memorializes "Tico", a chalk artist that passed away. It works with 3D glasses!!

Now I'm back in Phoenix. It was quite an adventure to connect with artists from all over the world and create art side by side with them. I do hope to see them all at the next festival!!