Planes, Airports and stuck in Lisbon

Tuesday was a flurry of final moments, including getting our dog Oscar to his petsitter for five weeks. I had thought about bringing him, but we decided the trip would be pretty hard on him and considering how the trip's gone I'm glad he's safely in Scottsdale. 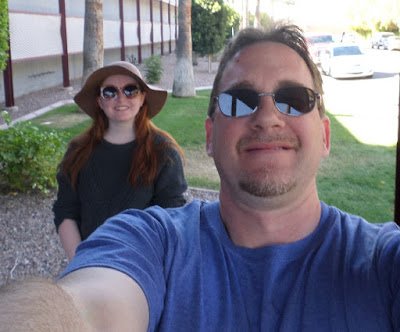 On Wednesday morning our big day had finally arrived and here is Mike and Phoebe waiting outside for our airport shuttle. 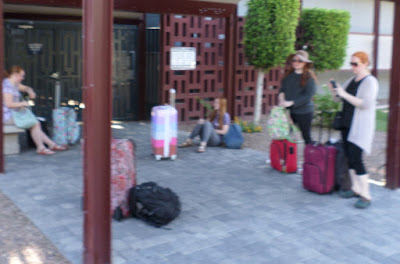 This is a blurry picture of the rest of us. 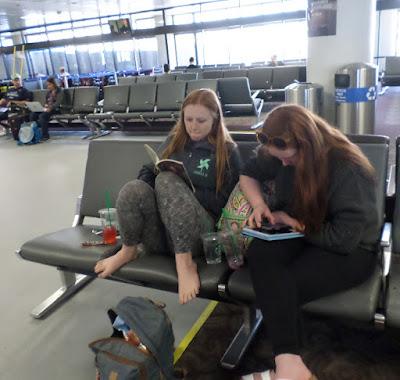 Because it's an international flight we had to be at the airport 4 hours early. On Wednesday morning the airport seemed abandoned so we zipped through security and found ourselves with 3 hours to wait. 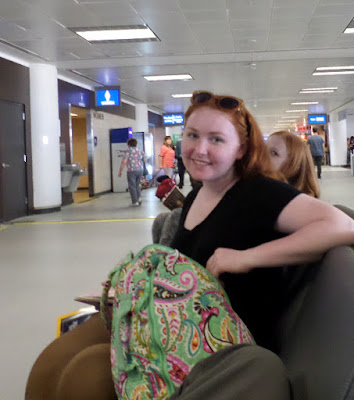 So I killed time by annoying my kids with the camera.

The first flight was extremely easy. We boarded a bit early we arrived smoothly in Toronto and got to our next gate for the flight to Lisbon, the night flight over the Atlantic. While we waited we had a nice dinner and boarded on time.

Then everything went crazy. We took off and were in the air over the ocean when the plane turned around !!  A generator blew and our troubles began.  We came back to Toronto for a few hours, then took off again and arrived ten hours later in Lisbon, Portugal having missed our flight to Casablanca, Morocco. Since we missed it I did not know that we needed to grab our luggage now as it would not be checked through. When we finally after 2 hours and many lines found the place that would book our new flight we discovered we needed to get our luggage. It took them an hour to find it and by then we missed the new flight to Casablanca.

So now our new, new flight is tomorrow at noon. Unfortunately every hotel in this city is booked. So after a night on the plane. Tonight we sleep on the floor of the airport.... 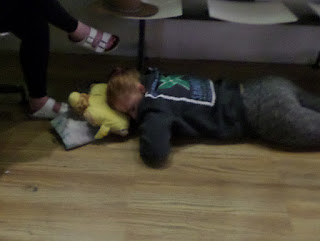 Good night all, and I'll see you tomorrow Casablanca!