Morp, The Moon Cat and what passes for Jury Duty

So you're thinking what's a morp?
It's "Prom" spelled backwards and the name of the middle school dance that Naomi headed off to last weekend. 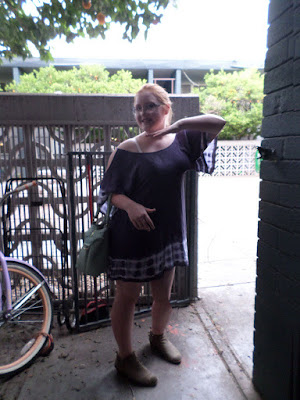 She decided last minute to go and had a really good time!


On Thursday of last week I had jury duty. For the first time I couldn't excuse myself, because my kids are older now and that childcare excuse just doesn't fly.....So I was a bit nervous. I notified my boss that I couldn't teach, and shortly after that, lost the postcard that was my summons. Then in a panic that morning I called in without my juror number. They said it was all ok as I wasn't needed in the morning and to call again later to see if they need me this afternoon. Then they didn't and told me I was done with jury duty! Here I was, all ready to go with my sketchbook.  I could pretend I felt rejected, but no, I didn't. 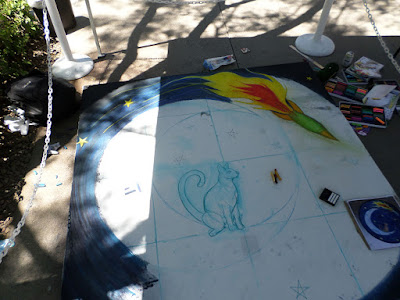 Saturday was my first chalk festival of the year. Usually one of my daughters helps me, but this year Phoebe made other plans, Naomi woke up sicker than I'd seen her in a long time, with a fever and such a sore throat she wasn't talking, so Mike stepped up to help out even though he hates drawing on the ground! 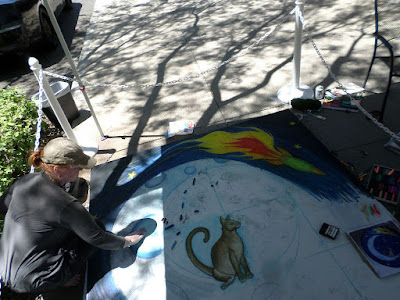 As you can see I'm working in pastels on a large canvas. Someone marketing the festival though it'd be great if the public could vote and win their favorite mural! (Keep in mind these things are 6 foot x 6 foot and covered in chalk pastel) Anyway this mural will be around a while. 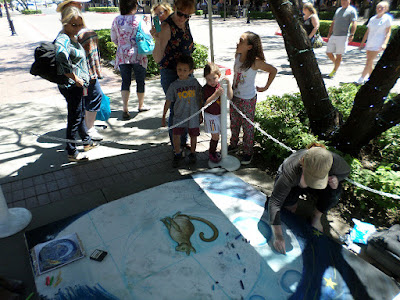 Fortunately the weather was great on Saturday. It was breezy and 83ºF, which means we lucked out for Phoenix (today it's 99ºF) 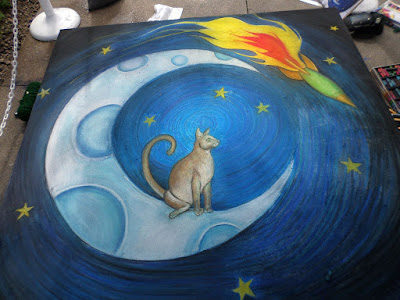 This is an almost done photo (the right side is still in progress). 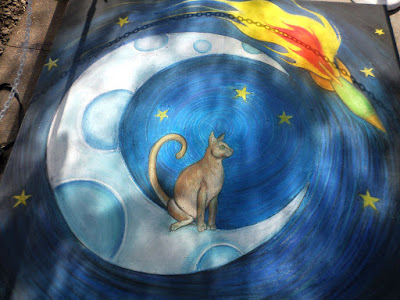 Here's a close up (with a lot of shadows) 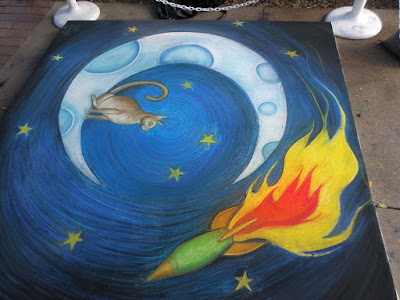 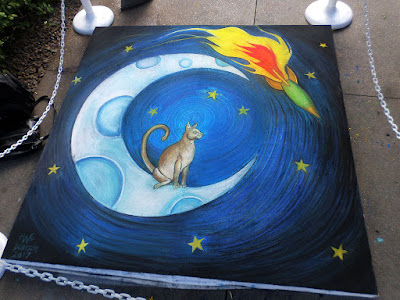 And a completed one. After we finished we took a walk around to view some others... 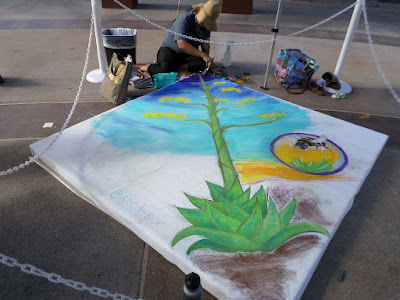 This artist was featuring bees and pollen. The artist running the kid's zone was the only one who got to draw on the sidewalk. I have to say I was a little jealous. The sidewalk is so much more fun to draw on.