A Dance Show and the Science March 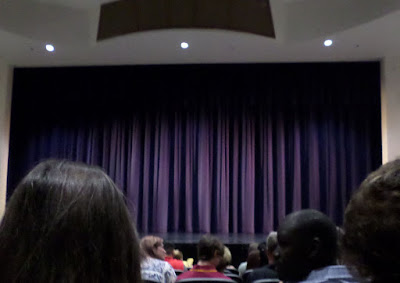 This last week Naomi has been going to rehearsal after rehearsal for the Spring Dance Show put on by all the dancers at her school. As it's an arts school there are a lot them, so this was a big event!

Here's Phoebe waiting for the show to start.... After this cameras had to go away till the end. 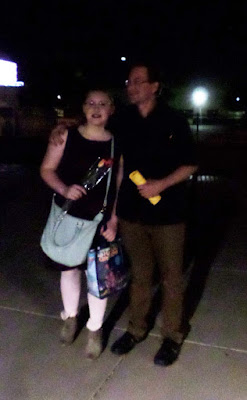 The performances were actually fabulous and the kids are really talented. It was a really entertaining night out! This is Naomi after she had changed from her costume. She had to turn it in backstage. 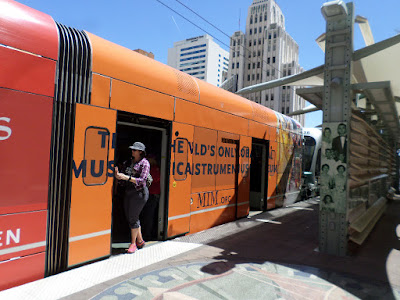 Yesterday while the girls were busy at their shows (Naomi dancing for the second show and Phoebe working crew at the Secret Garden again). Mike and I decided to check out the March For Science down by city hall. Because it was Earth Day we took the light rail. 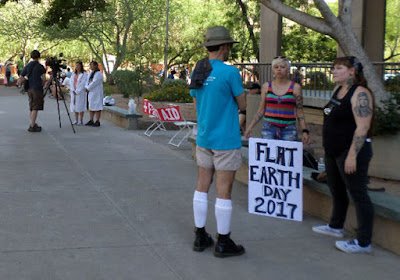 Since we needed to drive our kids to various activities in the morning we missed the actual march, but we made it to the rally and festival. 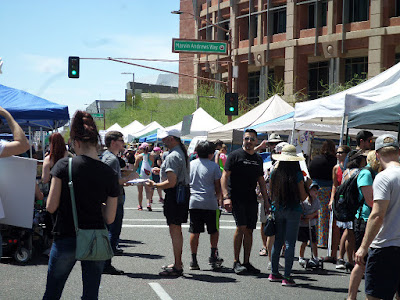 There were a lot of tents with science displays and info. 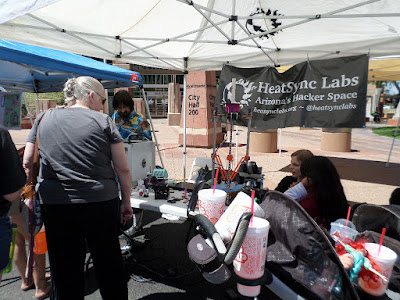 This one was encouraging young people to try some science experiments.

Unfortunately this is Phoenix in April so the temperature is already 95ºF and after about 40 minutes of the rally/festival we were wiped out and hot! So we got some warm water from the "free water" truck and made our way home.  I'm glad we went out though, I need to acclimate to the hot weather, as next weekend I'm drawing at the Phoenix Chalk Art Festival! 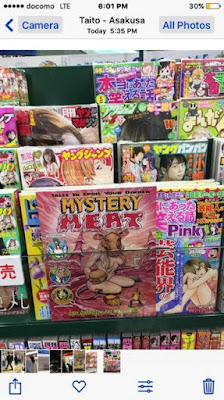 In other news Mike's new comic, Mystery Meat, is now on sale in Japan! Here it is on the rack. YAY!