A day at Lake Pleasant and many deadlines... 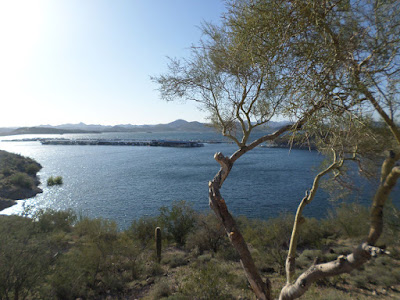 Last weekend we took an afternoon to visit the nearest lake to us in Phoenix.  Phoenix is not exactly a lake district so it was a bit of a drive. 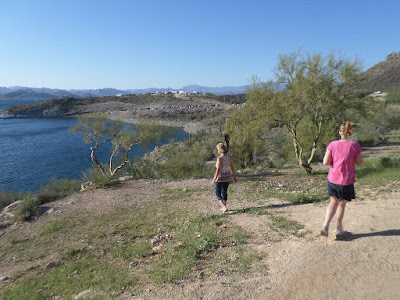 Lake Pleasant is actually a rather huge lake in the middle of the desert. 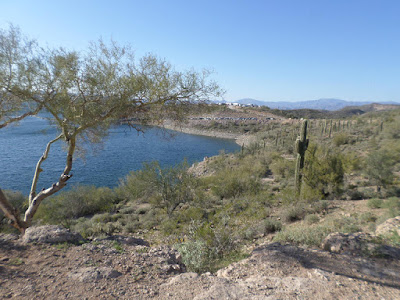 As you can see, cacti surrounded the shoreline. 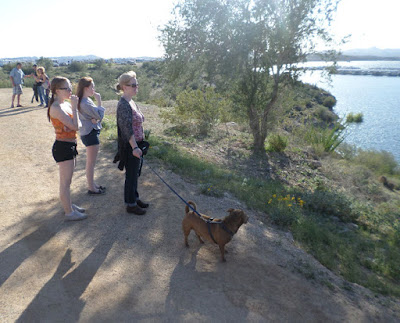 After walking around a bit.  We headed over to the little carnival. 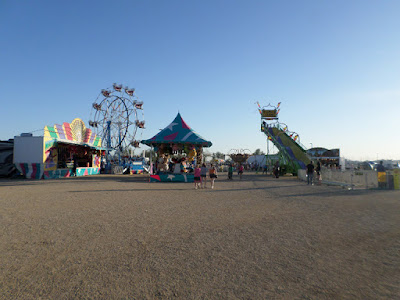 It was very little, but since there was a big fishing event/picnic going on, all the rides were free that day. 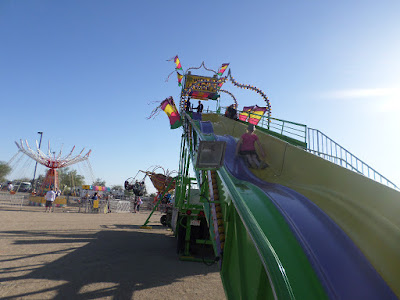 Naomi getting stuck on the big slide. 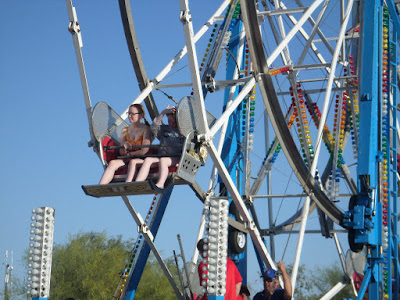 Chloe and Phoebe rode the ferris wheel (Naomi wouldn't go on it because it's boring.) 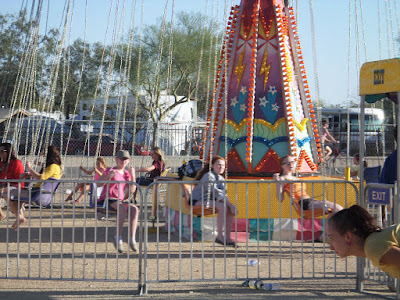 Here's the three of them on the swings, plus a woman I don't know photo bombing (but in a strange way. ) 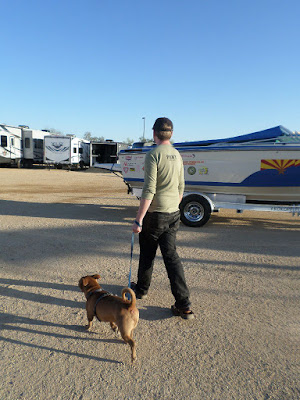 Mike and Oscar took a walk by the RV's.  Some of them were on display, and it was interesting to go inside.

This week the girls are all on spring break, but I've got a ton of deadlines.  I'm working on a new children's book called "Andy the Alligator" by Peachie T, and finishing the color paintings for "Catch a Dragon " by Ginger Nasser.  Just for fun I can share some of the interior paintings from "Santa Gets Healthy" by Frank Lasorso (a book I've just recently fnished)...

Early in the book when Santa feels sick.

The decision to get healthy!

Skinny Santa with his reindeer.  Soon I'll be working on the cover painting for this one. I've also been selected as a featured artist for the Chalk Art Festival in Tucson.  It's in March 29th and 30th and they want me to do this mural, from a painting I sold a while back...

It should be exciting, I've never been down to Tucson!