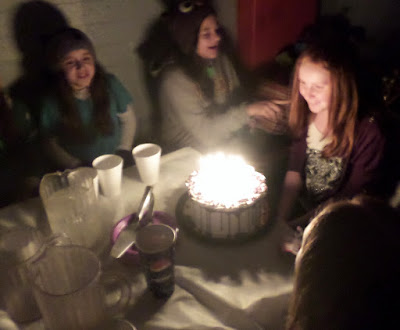 The kids had a great time, actually.  And this cake that looks like a beacon of light in this photo was apparently quite tasty and made of gelato from the "Gelato Spot".  I don't really know because at the time my temporary crown the dentist gave me was killing me, so I didn't eat anything. 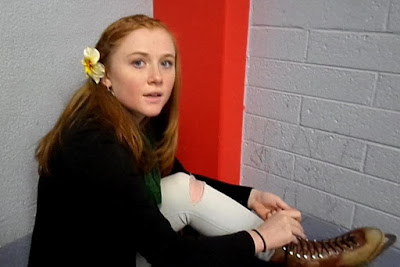 Here's Chloe expertly strapping on her rental skates and glaring at the camera all at once! 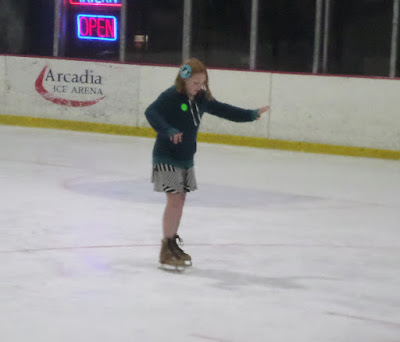 Naomi really got the hang of it after the skating lesson and wants to go back for her birthday. 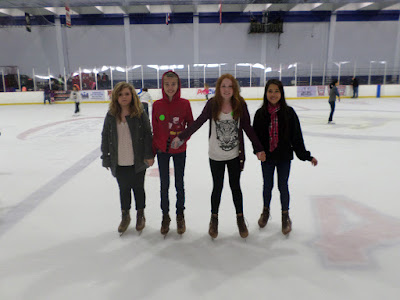 And here's Phoebe with a group of her friends.

The day before Thanksgiving (and the first night of Hanukkah), I realized I needed to do something about my tooth.  I was basically in agony so I headed into the dentist for an emergency extraction and left with antibiotics and vicodin to help get through the holiday weekend. It was quite effective.
I spent Thanksgiving numb and happy with family and friends up in Rimrock (just outside of Sedona). We even made new friends who invited us to their big house in Las Vegas!! 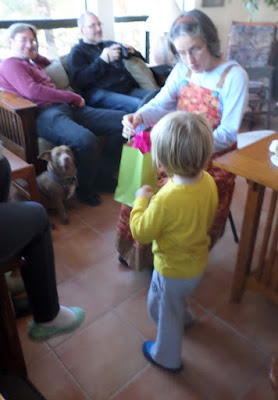 It was also Mike's little cousin, Roy Peter's birthday so we had some gift exchanges. 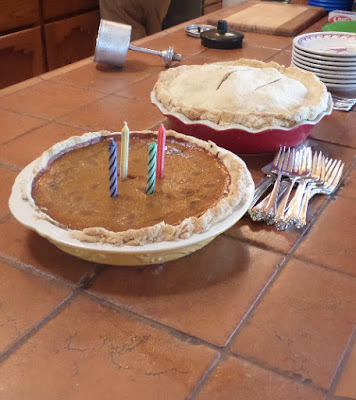 Phoebe and Roy blew out candles together on the pumpkin pie! 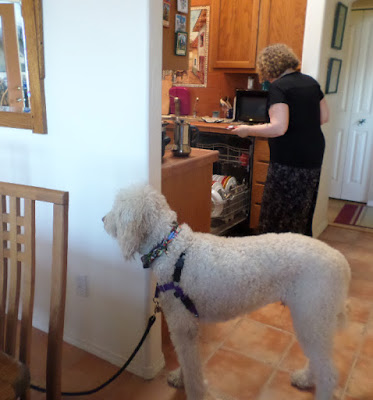 There were also four dogs in attendance.  Poor Max being table height was the only one who got in trouble. The exciting news is that Mike is going to have another little cousin!  His aunt (who is close in age to us )  is pregnant again!! YAY! Next year's gathering will be even bigger.

This vacation weekend has been strangely productive even though I've been either stoned on vicodin or in pain.  I managed to put together a sculpture installation proposal for a group in New Hampshire, apply for a job at a gallery, and pack up Mike's huge painting for a buyer in Italy.

Tonight is the 5th night of Hanukkah and I may have to go into a store soon....uck.  I'm not a "Black Friday" person who likes to go shopping when everyone else does.

Anyway here's a random picture of a safety cone that's clearly been attacked by some Moonies.... 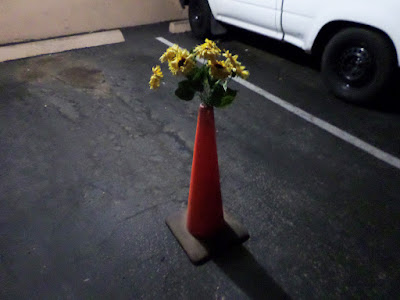 Hope everyone had a safe and peaceful holiday.

Reena said…
A very busy holiday with much fun had, well, except for your pain. Thankful for those drugs!
December 4, 2013 at 8:16 AM