Getting out of the house.... 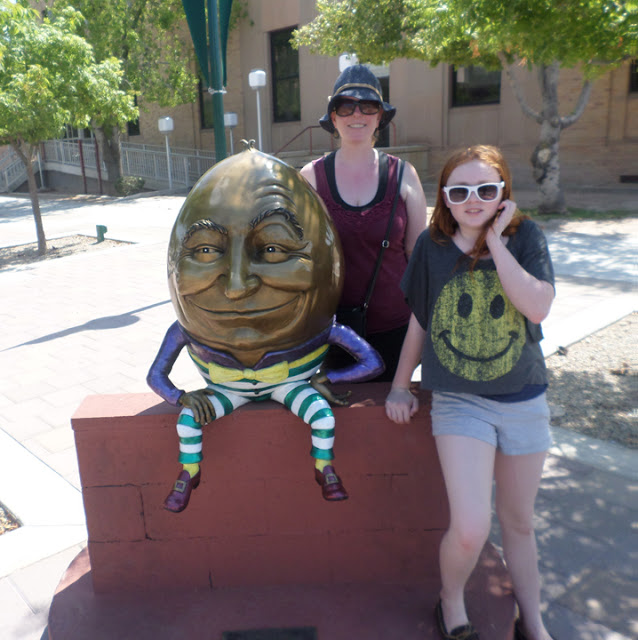 Every few days we decide we just have to get out of here!  Weather be damned, we're going outside... Sometimes it works out. 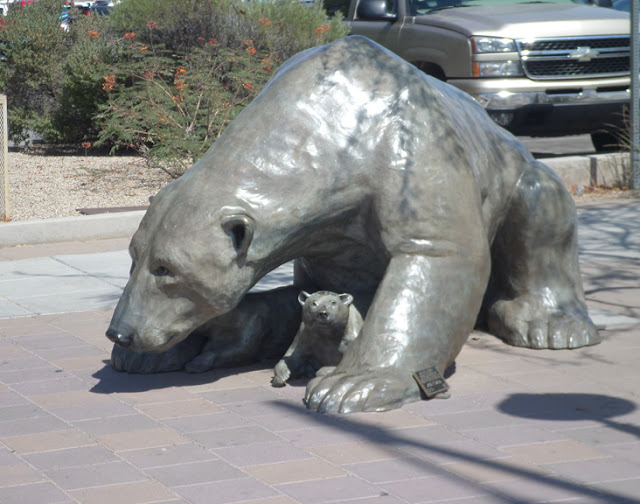 On Sunday, though, we were already out.  We'd just dropped Chloe and Naomi off for their buses to camp and then decided to head over to Mesa to see the Museum of Natural History. 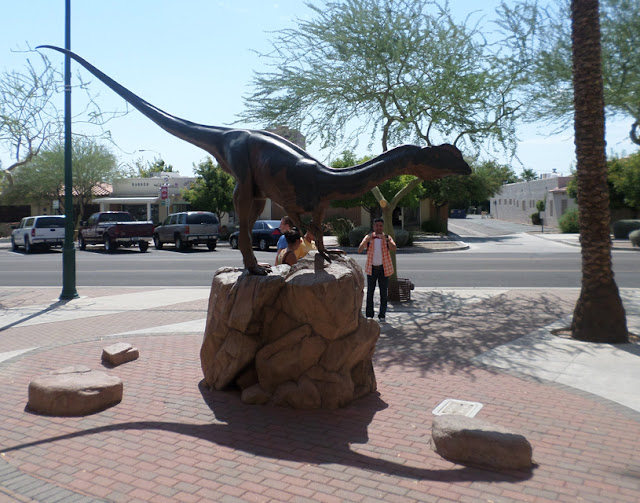 I know it looks lovely out in these photos, but it was 112ºF. 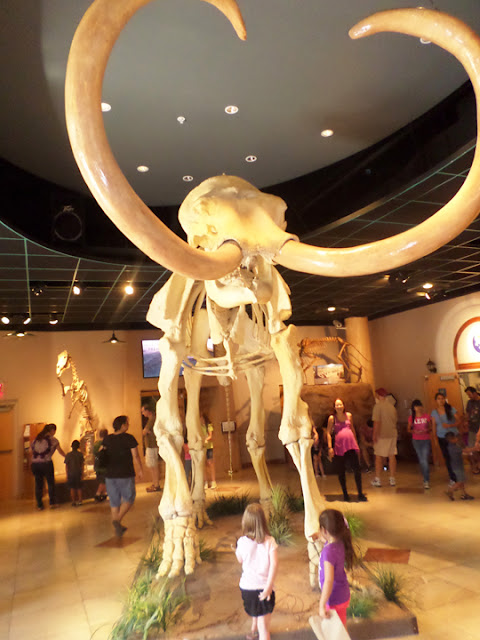 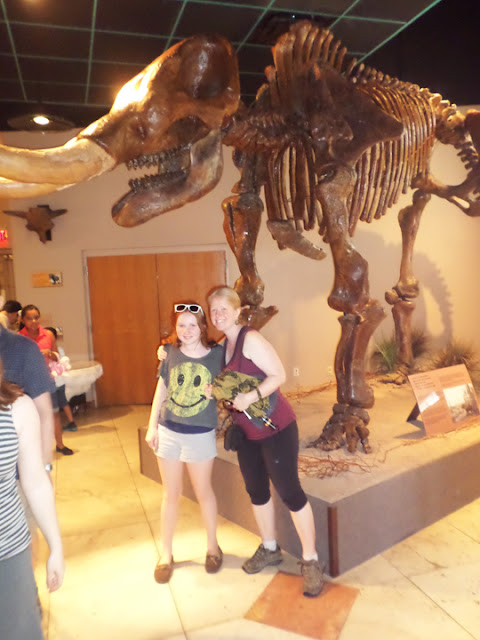 Phoebe and I  with the mammoth, and my umbrella (yes, we walk around with an umbrella, for the sun.) 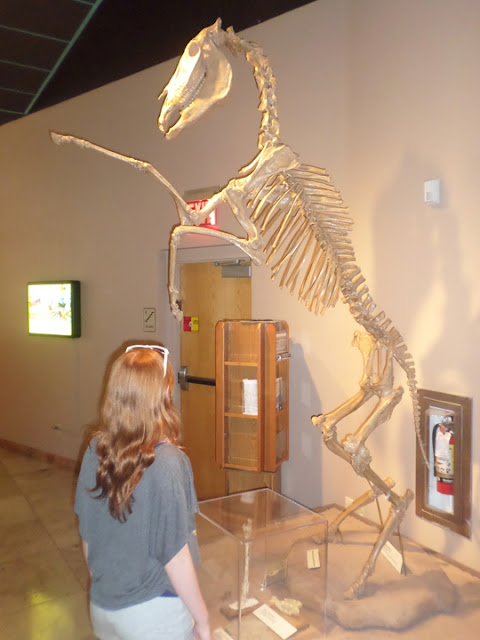 Hmmm... I think it's a horse. A prehistoric horse. 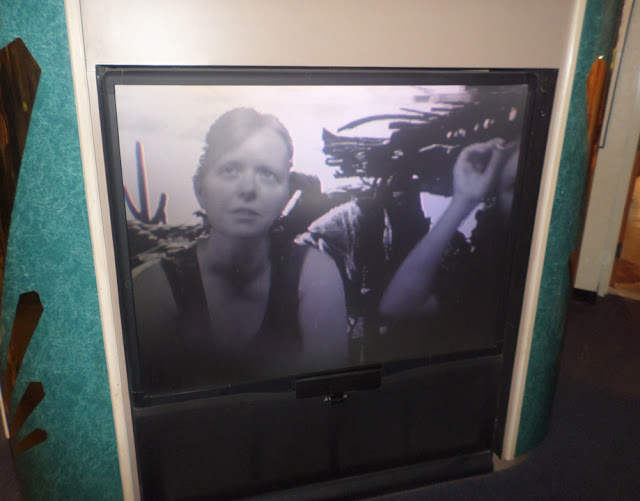 It's me onscreen (and Phoebe's arm)!  In their exhibit about movies. 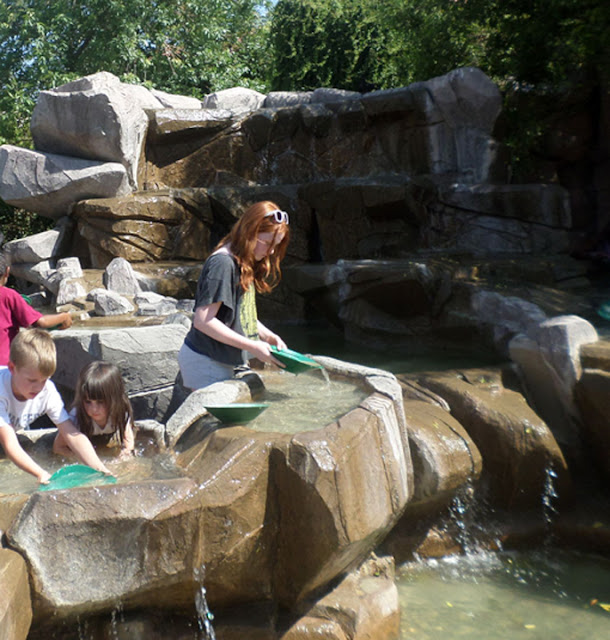 In the courtyard, Phoebe panned for gold. She gave up quickly, though, the sun was intense! 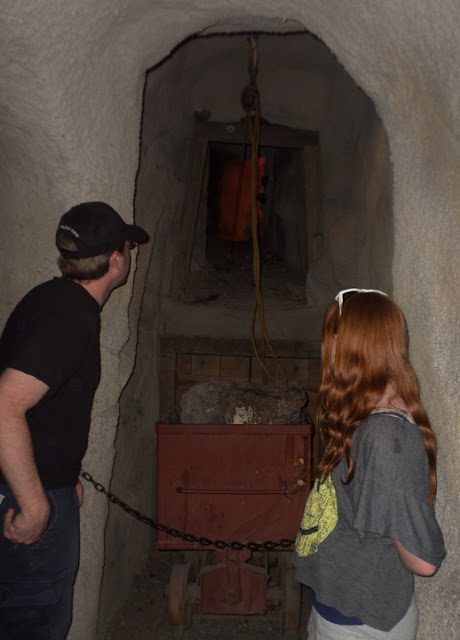 Behind the gold, panning was a dark winding mine shaft. 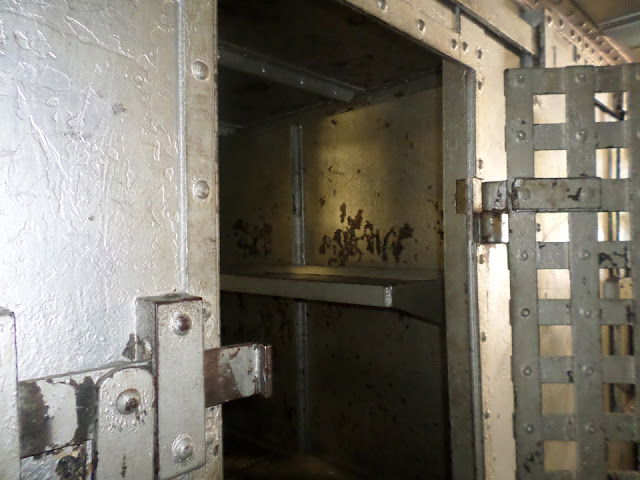 For some reason, it led to a collection of prison cells. 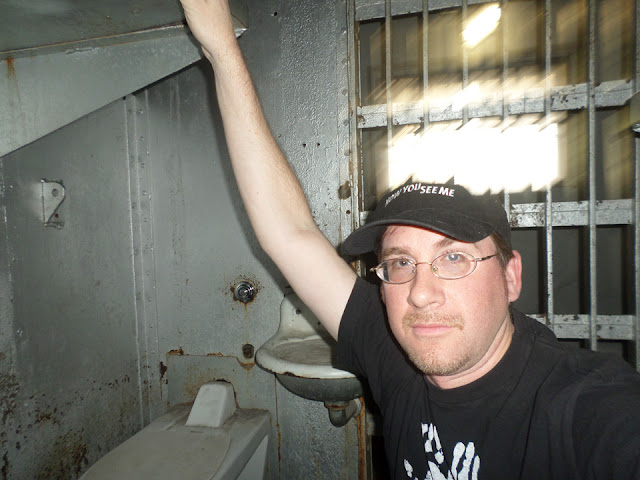 Mike inside a cell.  His hand is on one of the metal bunks.  It said that bedding was not supplied for prisoners, so they slept on the metal surface. 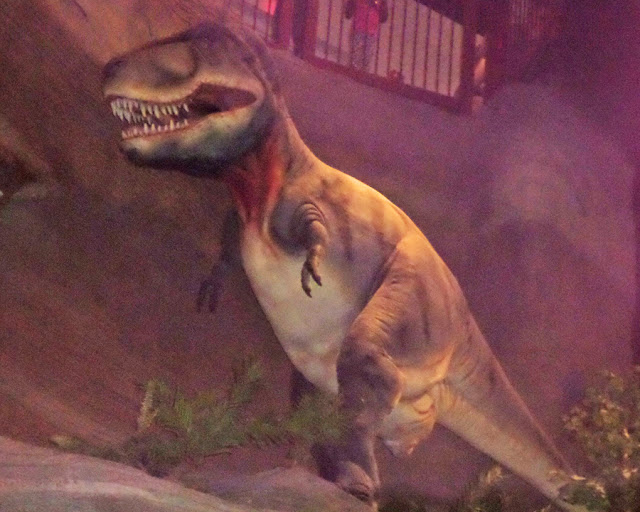 Back inside we found a waterfall with many dinosaurs, like this T-Rex that roared. 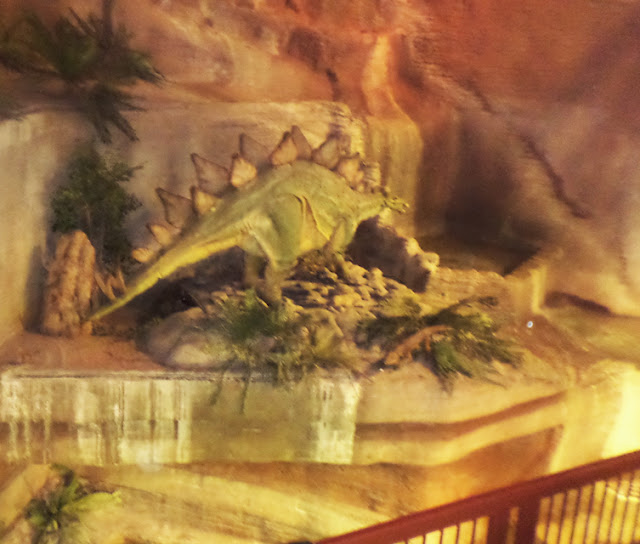 And this one that didn't. 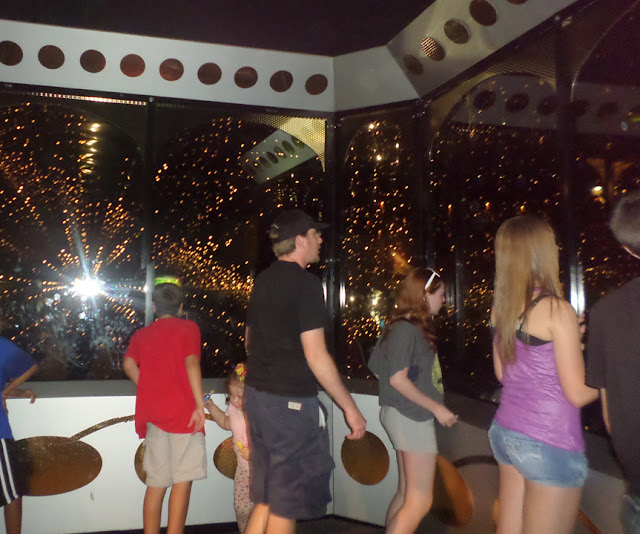 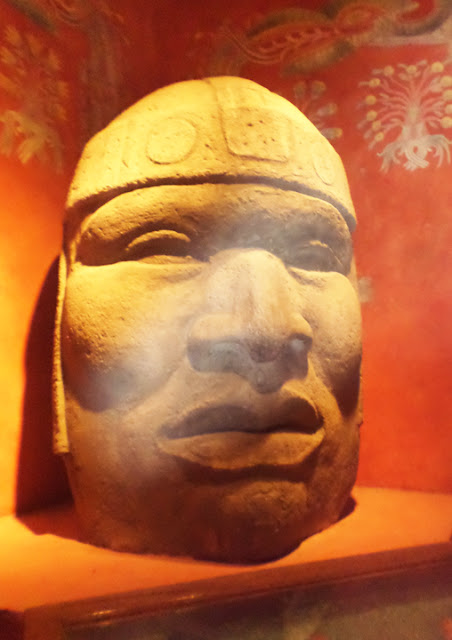 I know it looks small but this is one of those giant Mayan heads. 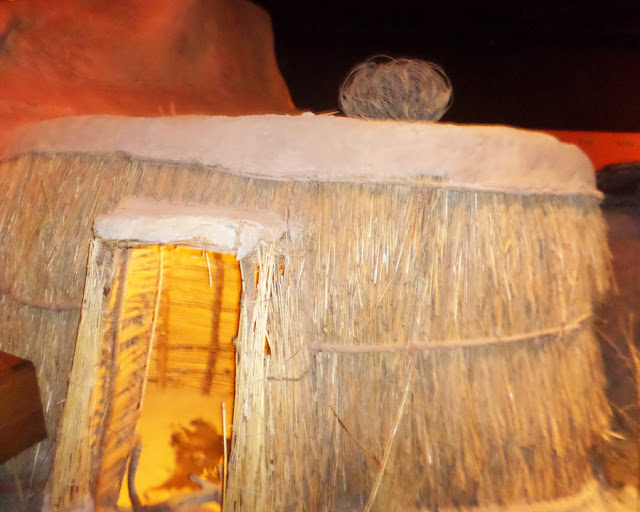 Nearby sat a Native American yurt. 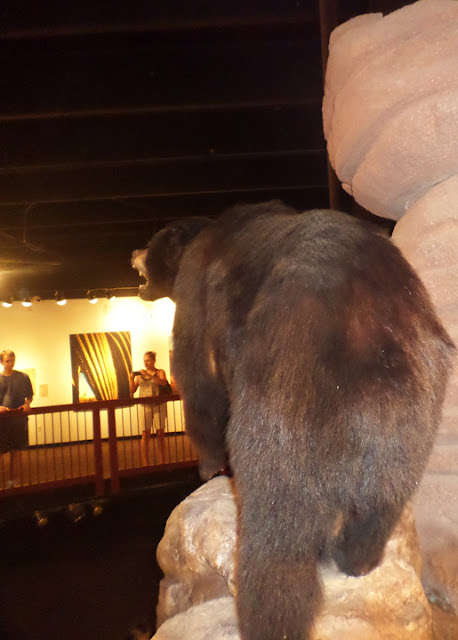 And last but not least a bear butt!

Anyway, the museum was pretty cool, and the walk to the car was hot, hot hot!
On Monday I spent the afternoon talking about writing and children's books on "Dellani's Tea Time" a talk radio show.  You can listen in here to the recorded version, and Mike has a review out about a book he's been working on all year, Zombies vs Robots from IDW.
Hopefully, the girls are having a blast at camp right now.  Naomi's camp is all about stargazing and cooking outside (that kid loves to cook), and Chloe's learning to ride a horse (it's just about hanging on, right?) At least it's under 100º up in the mountains. :)