Star Trek, packing for camp, and the farmers market 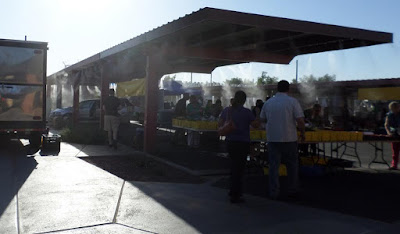 Yesterday we braved the heat and headed over to the farmer's market. 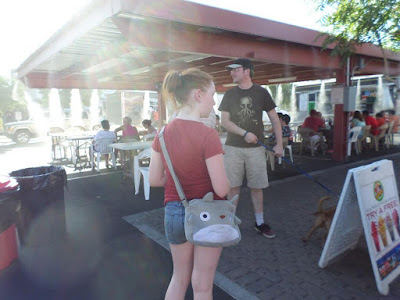 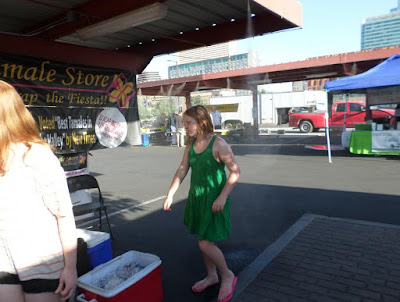 We're all really appreciative of the misters.  This is Naomi after standing under one for 3 or 4 minutes.
The great thing about the farmer's market is all the food trucks.  This was our "Indian Taco".  When Mike ordered it I think he was hoping for something from India, but it was Native American (I think Navajo).  It was quite good.  Chloe got cajun food and was loving it (New Orleans may be her future).  After the market we rushed Chloe over to her first day of her Anime/Manga class at the Phoenix Center for the Arts. 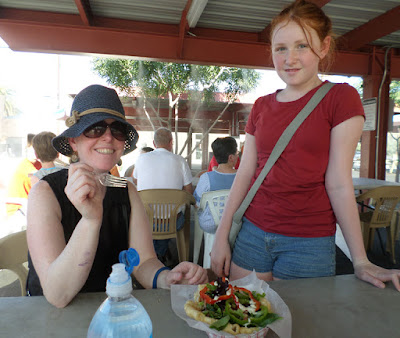 As you can see in the photo above there's paint on my arm because I was painting all morning and when I wash up that's the spot I always miss.  This month I am honored to be the "Featured Artist" over at Live Your Hobbies , an online magazine. Check it out!

Anyway, this week Phoebe is bustling around and gearing up for sleep away camp next week.  She'll be gone for 6 days up in Prescott and her best friend from school is her bunk mate.  She's so excited it's almost impossible not to be excited as well.
Email Post
Labels: anime class cajun food farmer's market featured artist Navajo food painting sleep away camp Star Trek