Finishing the centipede and a walk in the park

Last weekend I unwrapped the plastic off my centipede piñata and was happy to see he survived the storm. 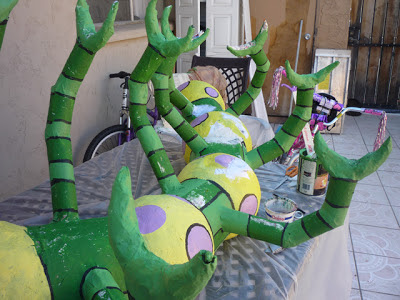 So I proceeded to paint the bottom half. 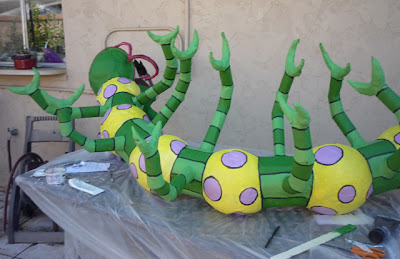 Here he is all painted! 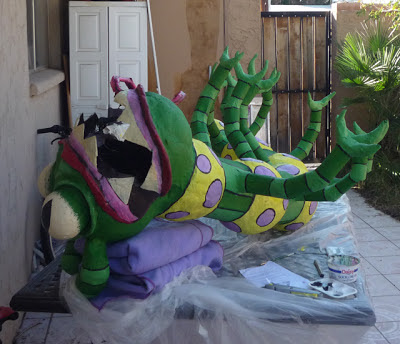 After this it was just a matter of waiting till Tuesday to drop it off at the gallery.... Or so I thought.  Then, at 3am on Sunday, high winds started whipping through here, so groggy and barefoot I went outside to tie this guy to the table.  Tuesday could not come soon enough! 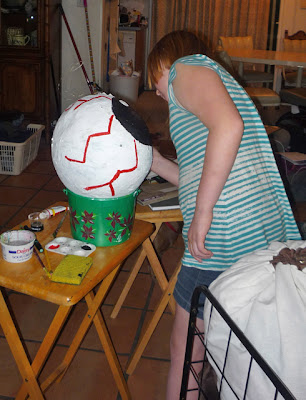 In the meantime Naomi finished up her piñata for the show.  She calls it "The Ball That Sees All". 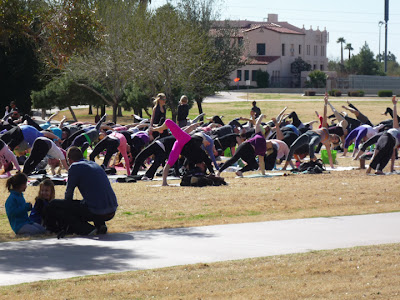 On Sunday we walked through the park and saw many unusual sights, including this crowd doing downward dog near some "Vitamin Water" vendors. 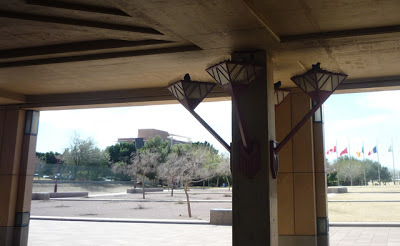 Under the underpass we discovered pigeons nesting, which was interesting as I've never seen a pigeon nest before. 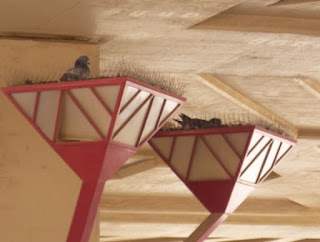 They use the lights that have been lined with some very ineffective spines to prevent them from making themselves at home.  The other interesting thing I saw was a man dressed as a leprechaun, and a girl dressed as a washing machine. Unfortunately I didn't get a picture of that!

In other news I had a terrible toothache this week that disappeared when I got to the dentist's office, thus making me look like a crazy person.  He said cracked molars can sometimes be hard to locate, whatever that means.  It doesn't hurt, though, when I'm biting down-just the rest of the time!  Anyway, Mike has a new interview out this week here, and my centipede is safely sitting inside the gallery... finally!

Reena said…
Glad to see he survived! Awesome looking dude. And how about that snow in Arizona. Too weird!
March 1, 2013 at 8:02 AM