Just a bunch of stuff that happened 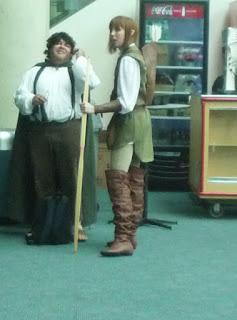 The Hobbit was the thing this year, and here's Bilbo Baggins (or someone who wishes he was). 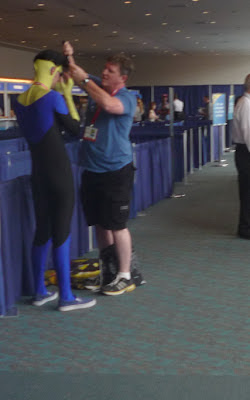 Some geek bonding as one attendee brushes this guy's wig.
I like comic con better when I'm sitting at a booth than milling through the crowd, and I had quite a nice time sketching at "The Cartoon Art Museum" booth for a few days. 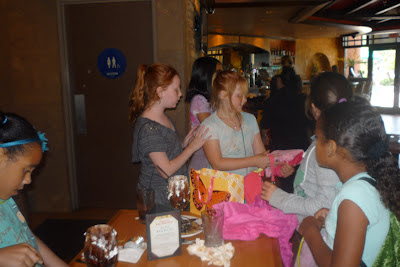 Here she is opening presents. 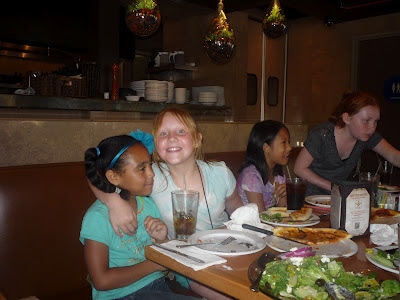 With her best friend Ruby. 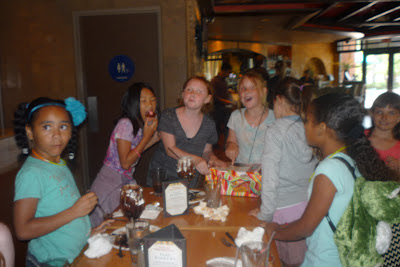 Me and nine kids for pizza and a movie.  We even took the trolley there... Thank goodness Chloe was around to help out! 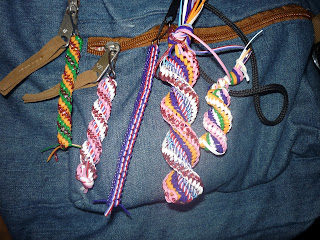 Chloe has been pretty busy lately with 3 weeks of camp!  First it was resident camp in the mountains then day camp at the Y and last week her theater camp.  She has become the master of the lanyard.
Here she is on her last day of camp when they visited Disneyland... 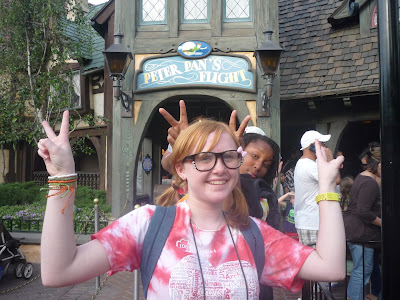 Anyway the movie we saw at Naomi's party was "Brave".  I have to say it was the best turning into a bear movie I've seen all year!  You should probably see it, especially if you like jokes about kilts.