Peering into the sun

Friday I came across an article about today's solar eclipse. How awesome is that, a solar eclipse? I've never seen one.  Then in a panic I realized it was too late to order viewing glasses through Amazon.  It wasn't until yesterday afternoon that I had a chance to search around for where I could buy some locally.  After reading about how they were selling out in the LA area I rushed over to the gift shop at the Reuben H. Fleet Science Center in Balboa park.  There were a only couple of people in the store and I casually walked to the register and asked for six pairs.  They had a huge stack next to the register and more boxes in the back and I felt ridiculous for worrying.... 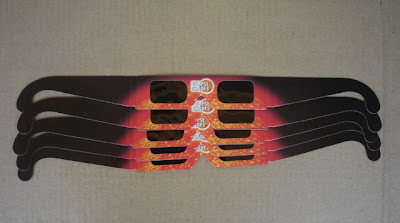 As the eclipse approached this evening we headed back over to the Science Museum to watch the event with others who were gathering. 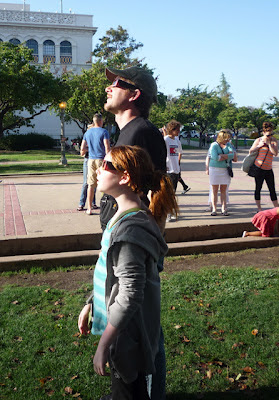 Our glasses were in high demand.  Apparently the Science Museum sold out of all their glasses in a matter of 15 minutes this morning.  We shared with anyone who asked. 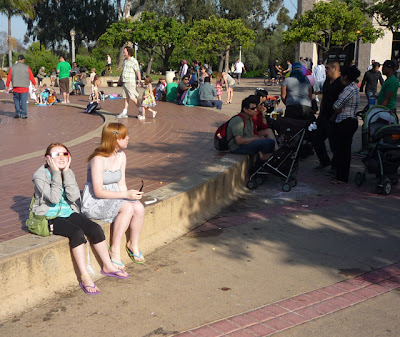 People had many creative ways of viewing the eclipse without them... 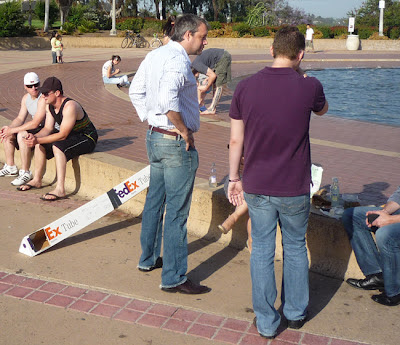 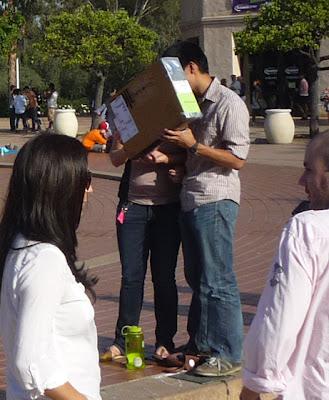 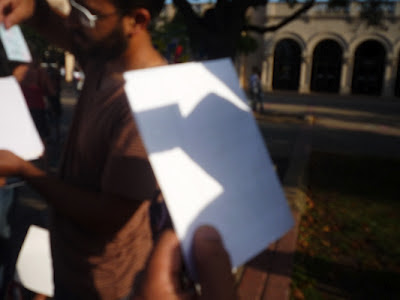 Other people used pinhole paper and a separate piece to project on (this was working the photo just doesn't show it. There's a tiny image that was blurred out.) 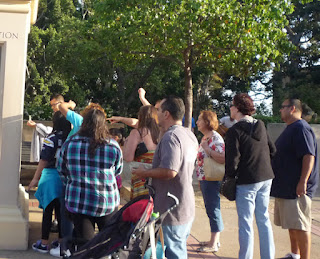 Other folks just desperately waved their hands in front of this wall (I don't know if this worked but it was very amusing to watch!). 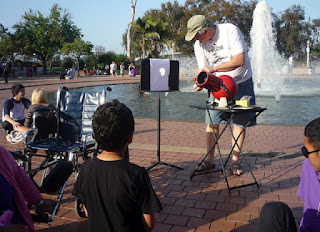 This man from the museum came out and set up this incredible projection. He was quickly crowded around and seemed to have a lot to say, but from where I stood it was hard to hear him. 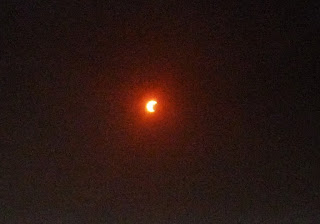 I did manage to take this picture of the partial eclipse through the glasses. It looked so amazing in person! It was only a complete eclipse for those north of us. 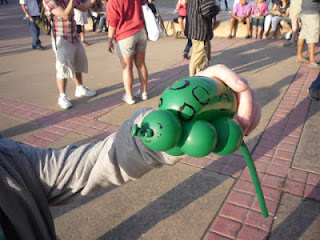 Like everything in San Diego it was an event.  The kids got balloons and as the crescent sun started to slip behind a distant palm tree, a man in a suit offered me $20 for my glasses.  Ummm... YEAH!  It was time to go, anyway.  Naomi sold hers for $2 as we left and Chloe and Mike gave theirs away. Only Phoebe hung on to hers and gave us constant updates on the state of the eclipse as we drove home for dinner.
Email Post
Labels: Balboa Park eclipse eclipse viewing glasses solar eclipse

MikeDubisch said…
It was great seeing ordinary people experiment with light and physics. One of the most effective I saw was the people who simply used a compact mirror to reflect the image against a shaded wall. Very cool.
May 21, 2012 at 7:57 AM

Unknown said…
VERY interesting blog Carolyn! I've never seen a solar eclipse. Your illustrations are awesome!
Found you on bloggers.com :)
New follower! Be sure to come visit me!

Monica said…
Oh I wish we'd had glasses! I made the shoebox things and that worked ok. My dad was supposed to bring home a few arc welding masks from work, but forgot.
May 30, 2012 at 1:37 PM