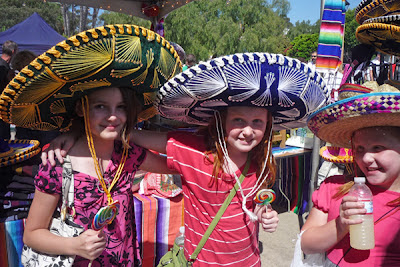 For cinco de mayo we took the girls and a friend over to Old Town for the big festival. 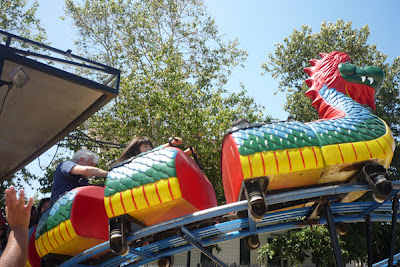 It's not really any fun if we don't pay for rides! 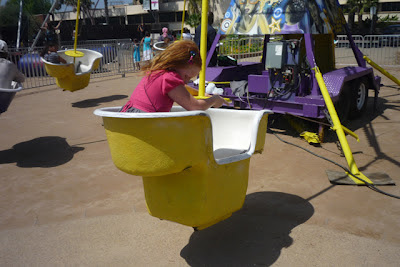 It's not a ride if we don't spin violently around. 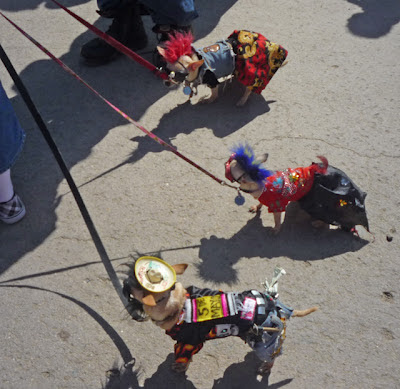 These chihuahuas showed up ready for the fiesta! 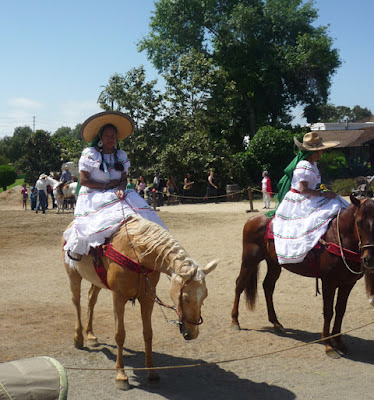 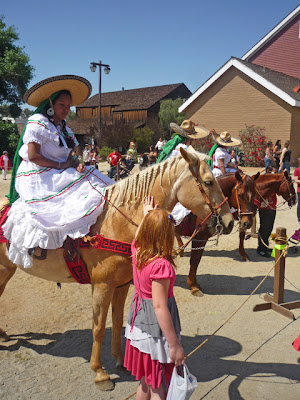 She let Naomi pet the pony. We also bought some taffy (I know, not very Mexican, but still good!)
Things I've learned about cinco de mayo....

1. It's sometimes called the "Mexican St. Patrick's Day" (probably due to all the bar hopping that happens around this holiday)
2. It's not the Mexican Independence Day- that's on September 16th
3. It's celebrated more in the US than in Mexico (they like to celebrate their Independence more than "cinco de mayo" which just commemorates an unlikely victory in a war that was ultimately lost).
4. I've also learned that cinco de mayo festivals are really crowded and really hot (at least the one in Old Town was!)

Unknown said…
I adore Old Town. In the "old days" before one needed an entrance permit, I used to take the kids there and prowl around all day, enjoying the shops, museums, etc.--all of which were free. We'd go during the week when we basically had the place to ourselves and we'd top off our excursion with a fresh out of the fryer churro. Lots of good memories.
May 6, 2012 at 6:05 PM

Unknown said…
Fiesta is really one of the most awaited event every year. I usually wait for that moment because this is where carnival is open, a lot of rides that are available that kids would really enjoy.
Cheap Tickets
June 1, 2012 at 6:47 AM