The civilized man has built a coach, but has lost the use of his feet.
Ralph Waldo Emerson

I prefer to walk if possible or maybe I should say I hate to drive. A lot.  I'll take the trolley anytime and the bus if I'm desperate, but since I have a car I use it.  We have to get the kids to school, and home again so what choice do we have?  This week we realized that we spend more on gas each month than we did for private school tuition for all three kids in Bariloche, Argentina (including the fee for the bus transport).... Stupid cars.

This week I signed up my kids for summer camp.  Both Phoebe and Chloe picked day camps (Yay! More driving!), but Naomi chose a sleep away camp.  It's funny, for some reason sending her away for five days is now making me nervous.  I guess it's because she's the youngest, the baby, but at least she's super excited!

I'm continuing my work on the play this week.  I did a quick layout of the castle wall backdrops... 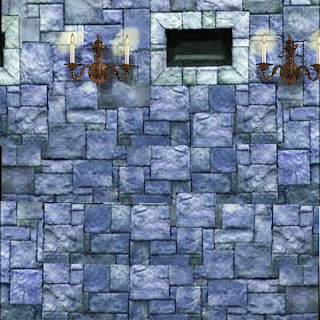 I also redid the scene title for Winnefred's Bed Chamber... 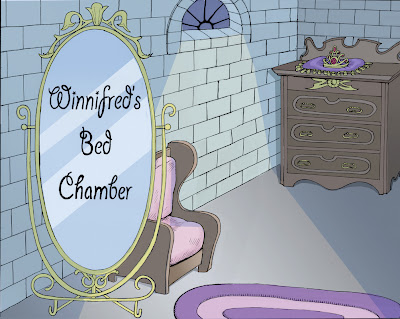 I also have been trying to sort out how to do the big, crazy bed for such a small space and with limited storage! 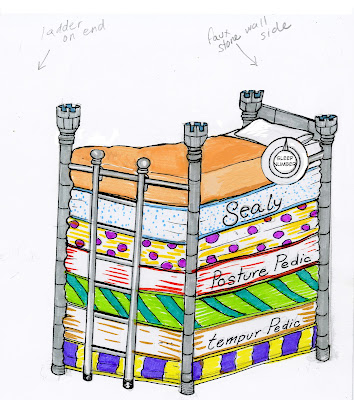 It needs to be as big as a tall cot... We'll see.
Email Post
Labels: camp car driving Looking Glass Theatre Once Upon A Mattress sets

katlupe said…
I love your daughters' names! An old fashioned sound, strong and will be good names for after they have grown up.

I don't like to drive either. Every chance I get I work on my husband so he thinks it is his idea to go with me. Works good most of the time! No option for any other way out here. We did manage to live for eight months with no vehicle and believe me it is not easy. Especially living in the country.
February 24, 2012 at 12:31 PM

Carolyn Watson-Dubisch said…
We lived without a car for 4 years in New York City, a year in Albany, New York, and 18 months in Bariloche, Argentina. Always in the city, though. It'd be really tough to do in the country.