A road trip journal… the Grand Canyon and a birthday

The night at the Grand Canyon hotel was long and frequently interrupted due to my cold, so I was up at 6:30am and consequently so was Mike.  He decided this was great we could get some much needed laundry done and get out early!

The laundry part went ok. As I waited for the wash I drew strange pictures in my sketchbook that attracted the hotel employee's attention.

My cat had other ideas about getting out early.  We finished the laundry. Woke the kids and loaded the car and the cat was.... missing.
Panic ensued.  My hysterical kids wandered the huge hotel searching.  My husband alerted the front desk and I continued to search the room.  Finally.. a tiny squeak. My cat, who talks nonstop about nothing when at home, trapped herself under a bed that is walled off on all sides, and could only manage a little squeak.  20 minutes later after a call to maintenance,we were on our way!


We picked up donuts for breakfast and sat in front of this... 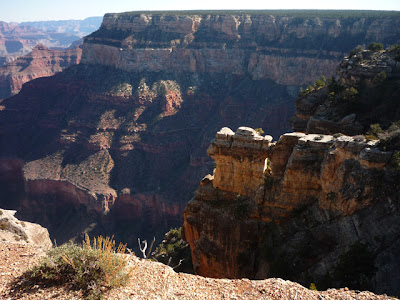 What can be said about the Grand Canyon that hasn't been said a million times by better writers. 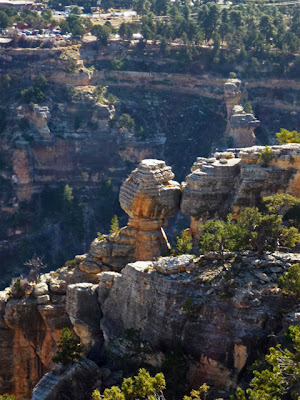 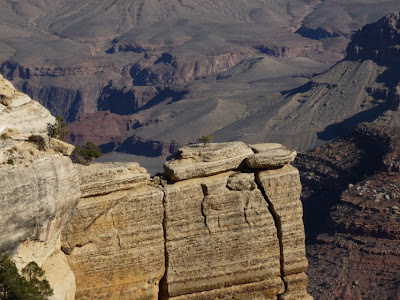 Can you see the tiny tree out on the edge of this rock peninsula? 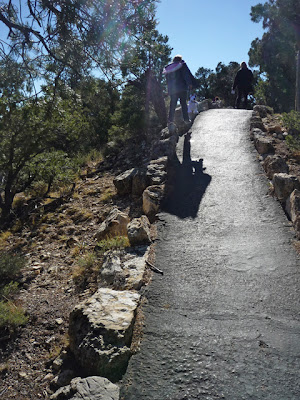 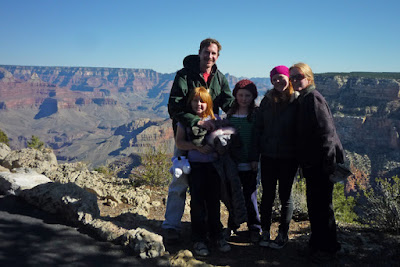 We posed for a mediocre picture (the canyon made it better!) 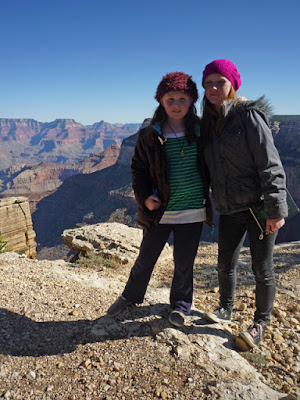 The sky was perfectly clear and the sun was bright... so the pictures were high contrast and dull compared to a cloudy day.  The canyon is still a sight to see in any light though. 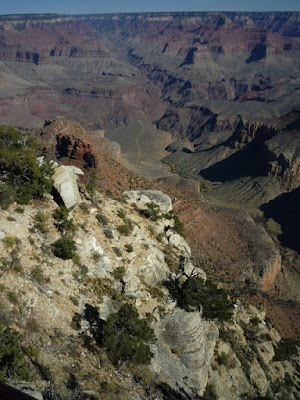 Mike and I came here together before we had kids and before we were married.  Our lives have changed so much since then, but the canyon is the same.  The entry fee however is now $25.00! 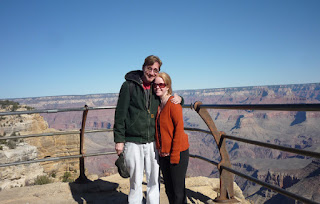 At least this time we got a picture together. :) 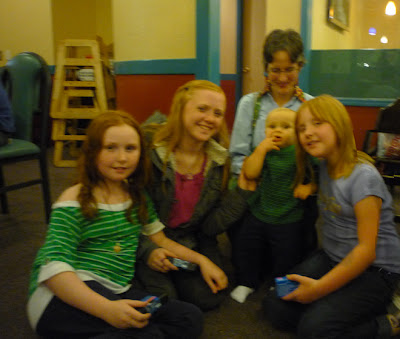 After hiking for hours we headed down to Cottonwood to Mike's one year old cousin's birthday party. 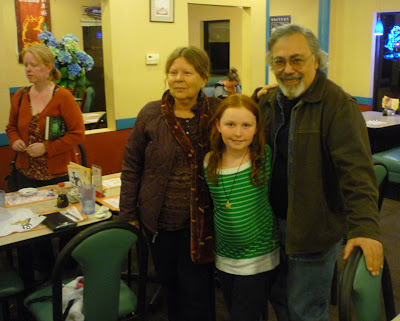 Seeing family was a great way to end our epic journey.  After one night in Phoenix we finally drove home to San Diego, to our own beds.
Email Post
Labels: birthday drawing driving family Grand Canyon travel

Lindy in the Kitchen said…
Wow - I love the Grand Canyon. My husband and I have been there a few times and the only thing I can say to describe it is that I feel so small. It really is a surreal place. Looked like you all had a great time and glad your cat is ok!