Sailing through the Clouds

Once I saw a blimp crash. Mike and I were walking near the Hudson River on the west side in midtown. It was a beautiful day, but hot and sticky, like most summers in Manhattan, and we eyed the "Big Foot Pizza" airship as it drifted over the Hudson and in towards the city. The ship was so quiet and slow from a distance, that as it descended out of the sky into the buildings the crash was incredibly gradual. It wasn't until it dropped out of sight that we even realized what we'd just witnessed... An airship crashing in New York City!

Airship or dirigible sounds very cool, blimp sounds like something you probably shouldn't have eaten. They really appeal to me though. Quietly coasting through the sky as if from a scene in a movie or an amazing moment in a tale of adventure. Some of these ship designs are incredible too, and it turns out they don't HAVE to be plastered with advertisements. 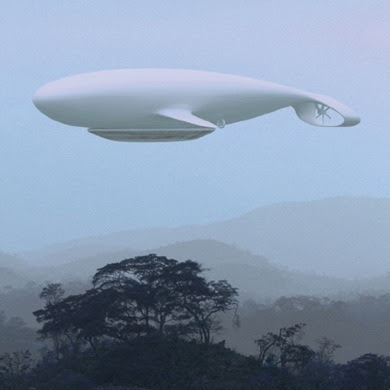 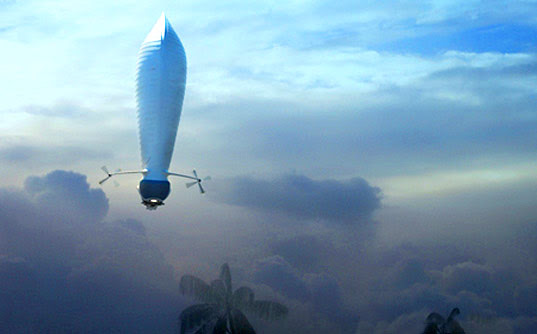 So today when I watched an airship floating over the sparkling city as I pushed my way through rush hour traffic to my daughter's middle school, it was as if I was lifted up from the moment and quietly drifting along with them.
Email Post
Labels: airship blimp crash dirigible New York city