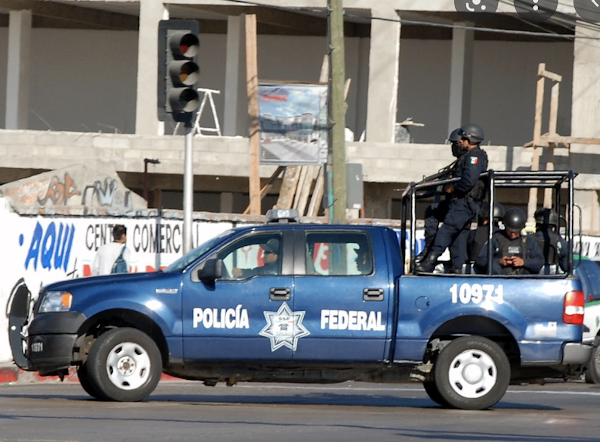 It's been 3 years now since we've moved to Mexico and it's interesting how much of our life here that we consider perfectly normal suprises our friends from the States. Recently I posted online that secrity forces armed with machine guns were stationed outside our door and people were quite concerned.
Honestly though it's not uncommon. We live in Sinaloa, a cartel stronghold, but this is Mazatlan, the "Pearl of the Pacific" and a big money making tourist area for the state so they want it secure. There are armed security forces all over the place in this city, especially the tourist areas.
Another thing we've grown sadly used to is the poverty. It does stirke me though several times a day. Like this afternoon when I stepped out my door and the legless beggar I see around was sleeping under our tree that I've neglected to get trimmed (much to my landlord's dismay)- Seriously though-It's a public sidewalk, why is this my responsibility! 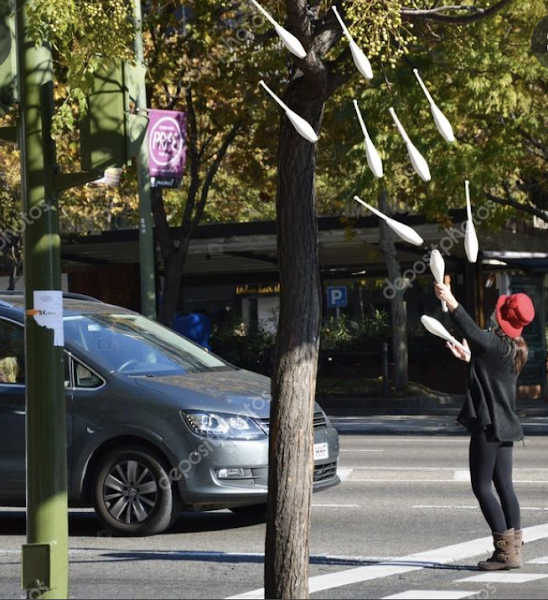 Aside from beggars are the many street performers I see every day in traffic. One juggler I saw recently was one an indiginous woman with a baby strapped to her. How was she doing it? Performing in this swealtering heat with and baby in a traditional sling wrapped to her body. Of course I tipped her, but I wish I had some water to give her as well. 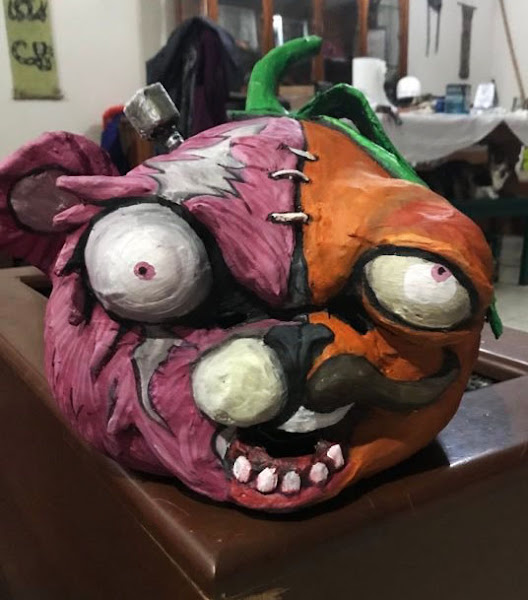 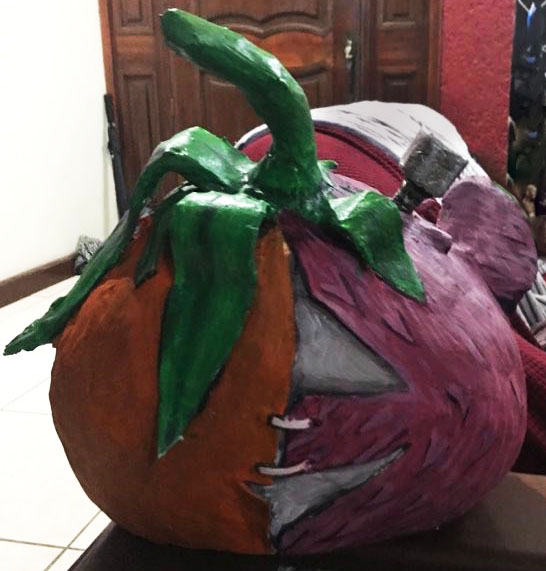 Halloween orders are coming in fast. This is called "The Curdle Scream Leader" from the Fortnite video game. It was a super challenging mask to make. I felt like I was being tested to be honest. 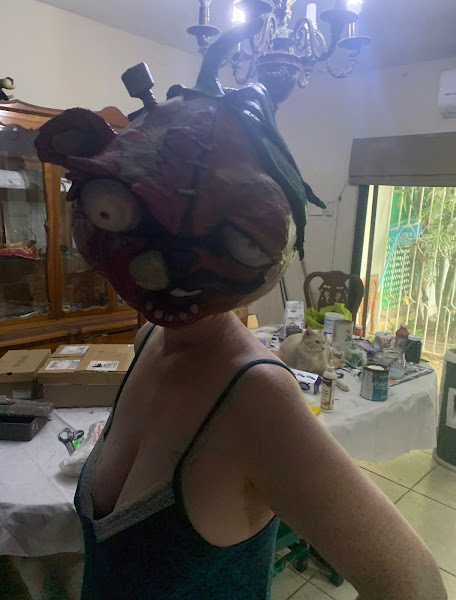 Here I am wearing it.
Lately Mike and I have taken our health more seriously. We're limiting our food, and he's biking and lifting weights. I used to be a dancer years ago and have started doing that again and we take long walks on the beach each night together. Anyway we have both been losing weight and feeling better. I had a bunch of clothes that were hanging off me, so I gave them to my cleaning lady and she started jumping up and down with excitement. I forget sometimes how much she struggles. She has four children and once she begged us for an old stained mattress we were throwing out (it had even gotten wet sitting in our garage), but she really wanted it. Apparently she had been sleeping on the floor. Anyway if anyone wants to send her clothes for her or her kids I can get you my daughter Phoebe's address in Tucson. Naomi is going to vist her for Thanksgiving and can bring them back.

Phoebe's COVID has cleared up enough now for her to return to classes (PHEW!), and Naomi has been working hard on Spanish and has a new boyfriend who also works at video editing, so they have many things in common.

I am promoting my new book "Alien Farm, Scary Stories for Kids" for this Halloween! This is the trailer, the reviews have been stellar!