The last week or so I've finally gotten started on a project I've been writing for about a year now. It's called "After The Robots Died", a scifi YA series that I'm really excited about. It's about a colony of children on Proxima Centauri B, a planet in the closest star system to our own and the closest habitable world we know of. They were sent as embryos, born on the planet and raised by robots. 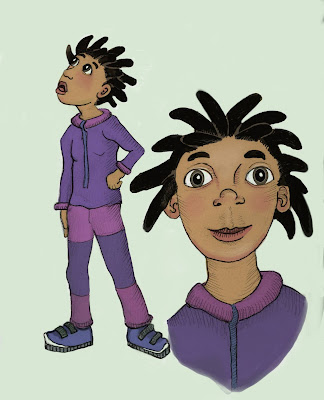 This is Leda, she's my main character, about 11 years old. She is from the first POD so the oldest in the colony of children. 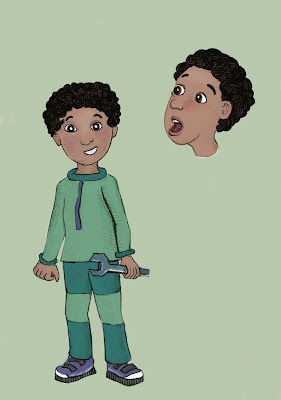 This is Tobin, same "family group" as Leda, but younger. 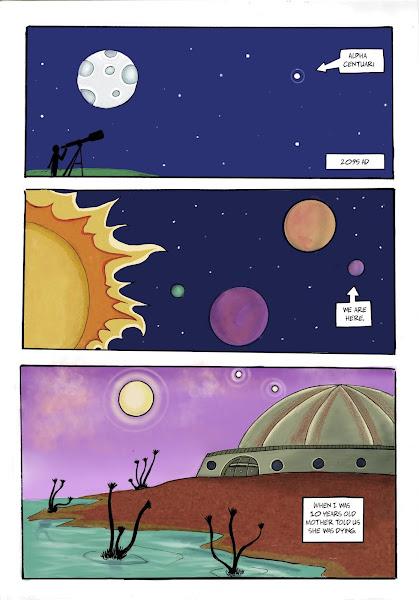 Page one of the story, setting the scene. 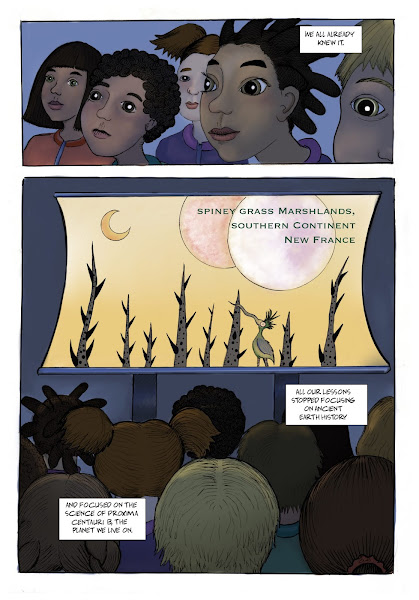 Page two, learning about their planet. 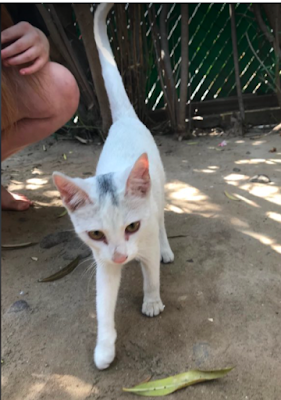 Anyway, a couple of weeks ago a kitten came into our yard and was desperatly hungry and friendly. The short version of the story is that she's is still here and we've named her Ash Wednesday (she showed up on Wednesday and has a grey mark on her head). She's a sweetheart and she fits right in around here. 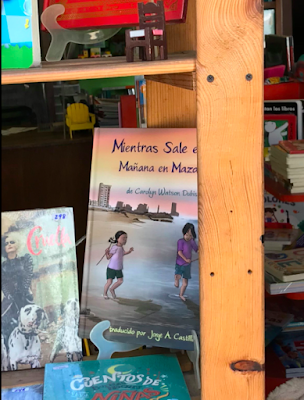 After some effort I have finally managed to get my new book carried in a local children's book shop. It's right next to the Plaza downtown. I've also had a few article come out about my books recently. This one is in Spanish, but tha's great, because it's about my book "Meintras Sale el Sol", the Spanish language version of my latest children's book. Also this article talks about my book "Fireflies" and lists it among the best stories about fairies in recent years!! So that's really exciting. 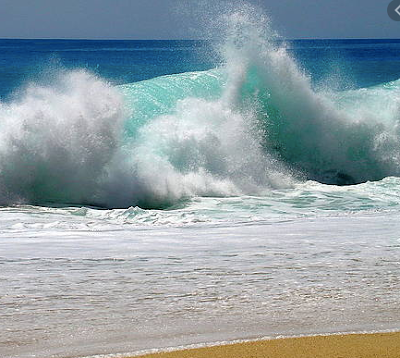 Today I bought my daughter a new phone. The tides here have been very high and the waves have gotten dangerous. Last week Naomi and Chloe decided to walk home along the beach when a giant wave grabbed them and swept them out into the ocean. They fought against the current and were lucky enough to get out somehow. Naomi, unfortunately, had both her glasses and her phone taken by the sea. They were very shaken by the experience, but now they know to watch the water when they step on the beach. In other news the city continues to be packed with people from all over Mexico and traffic is madness. COVID numbers are high again and we're starting to plan our trips north to get vaccinated in the States. Prices to fly are much higher than I've ever seen so I'm a bit worried, but even half vaccinated would be worth it. In the mean time please stay safe.
Email Post
Labels: After the Robots died children's books Comic series kitten Meintras Sale el Sol vaccination Wednesday
Location: Mazatlán, Sinaloa, Mexico