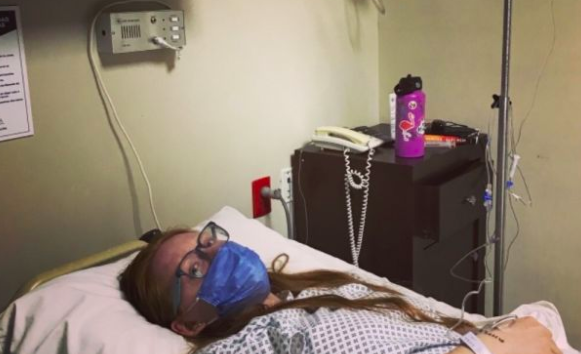 About a week ago I can home from shipping packages and found my garage door would not let me in. I parked on the street and Mike met me at the door. The power's been out for 20 minutes. I groaned and we went inside. The living room was still relatively cool and I worked on my masks and some drawing. If we didn't move around it wasn't too hot yet.

Then Naomi came downstairs, clearly upset that she couldn't cool down. She tried to take a shower but the water pressure was almost nothing, it had been getting worse and worse for a week and it's a dribble in the shower. She said her stomach hurt, so we got her some Pepto Bismol. It didn't help. So I brought her to the car to sit in the a/c.  She was still really upset and uncomfortable. Finally, at this point, Mike drove to the Emergency Room. She was just in too much pain. I didn't go because, well it's a pandemic, and the fewer of us the better.

The rest of the day I sat in the dark and the sweltering heat waiting for news. Chloe and Phoebe sat with me in the coolest room (the living room) trying not to move around too much.

So after hours of tests, we heard Naomi has pancreatitis caused by very large gallstones and needs her gall bladder out asap unless they can get her to pass these and manage her pain. Also, it was going to cost $3500 USD paid in advance for the surgery. We don't have that much money laying around, so we were forced to start a GoFundme. I was truly astonished at how generous people were as I know everyone's having a tough time right now.

Now we had a dilemma. We had planned a trip to Arizona to work out our car's import because if it goes illegal it can be impounded. Arizona was a 6-day trip out and back, and also a high risk of COVID19, so we decided to run to the Texas border. It's half the drive and we couldn't leave Naomi for too long. 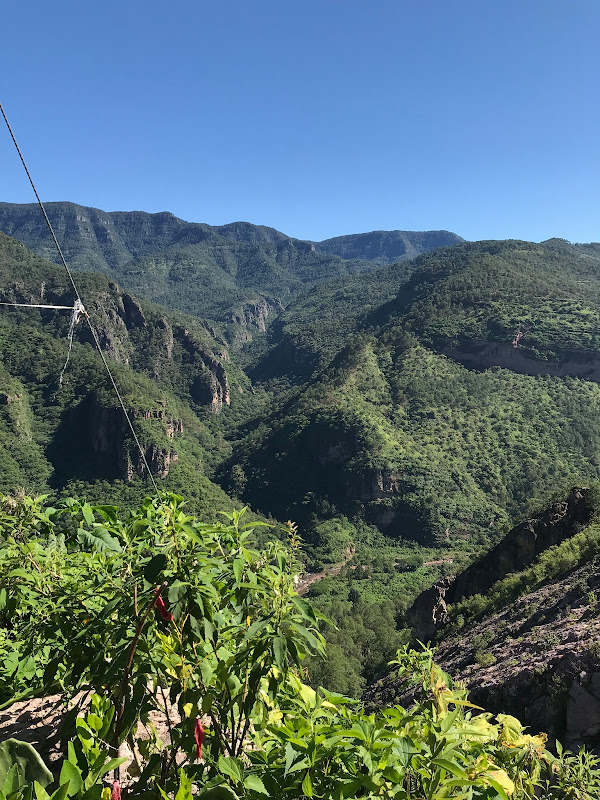 So we set out early Sunday morning through the mountains. The Sierra Madres Mountains are incredibly beautiful, so it was breathtaking. We did get bypassed off the toll road somehow and wound up on a mountain pass high in the mountains with cows all over the road. Then we took a terrible washed-out road back to the toll road, which only worked because we have an SUV! So that was an adventure.

Phoebe helped us pack all our food for three days so we wouldn't have to stop and eat anywhere. That meant we only stopped for gas and bathrooms. 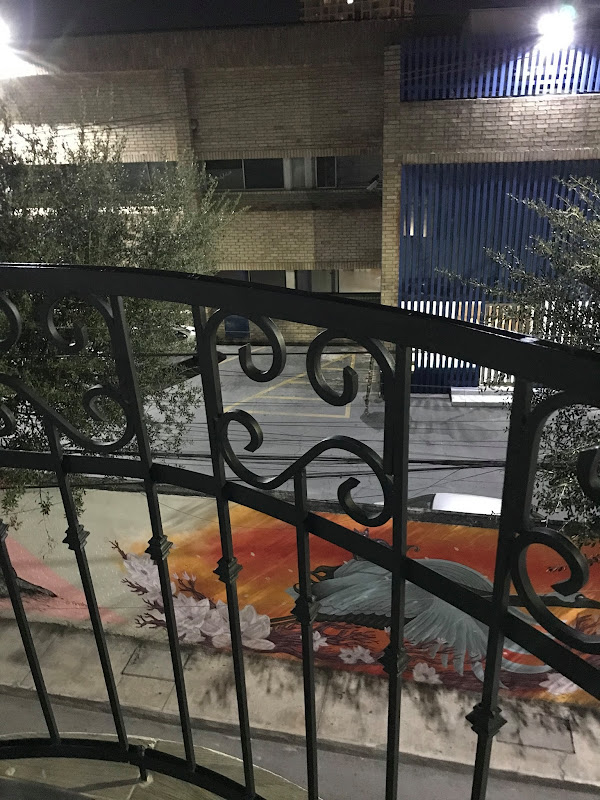 We drove and drove and unfortunately our detour added 3 hours so after 12 hours of driving we got to Monterrey. This is our balcony in the city. 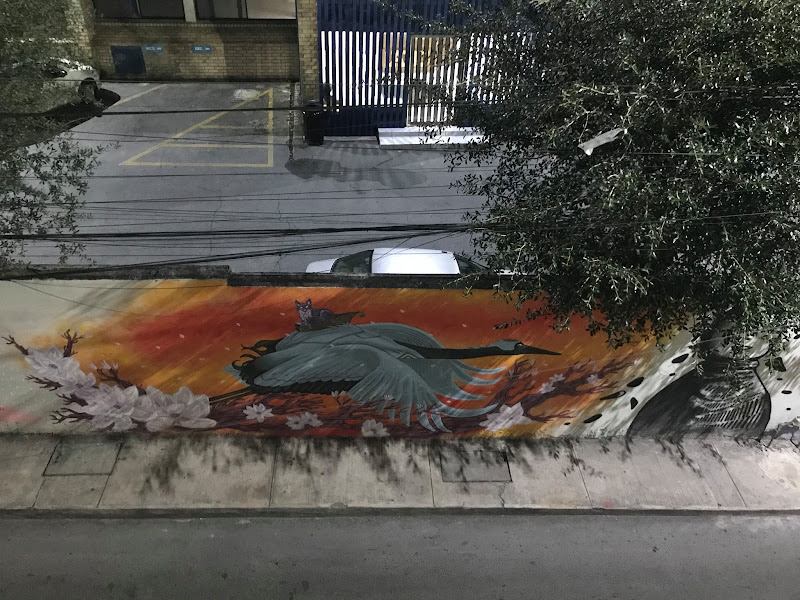 This is the mural across the street. 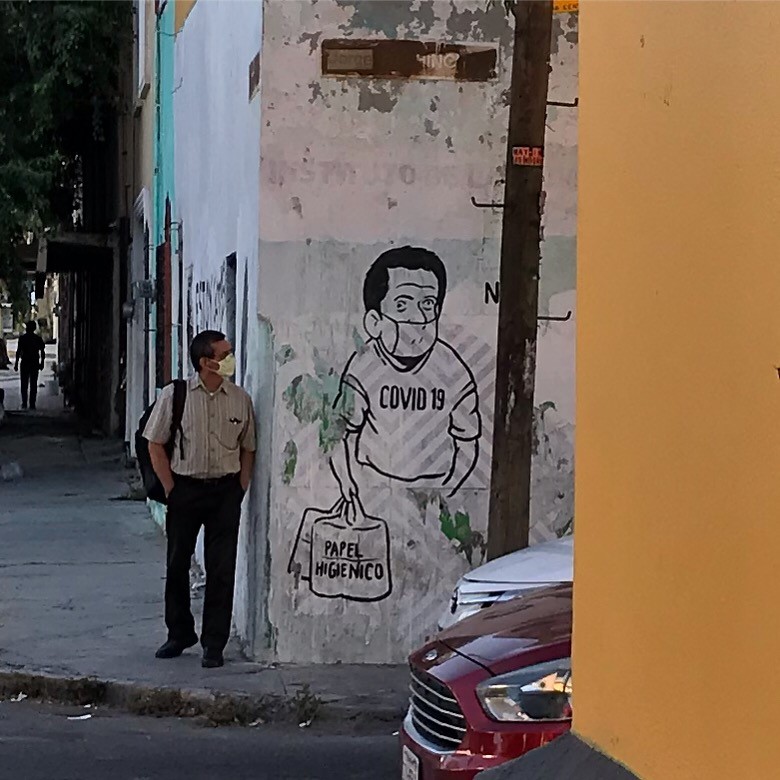 Traveling during this pandemic is tough, especially heading towards Texas which has one of the biggest outbreaks worldwide going on right now. Our goal was not to cross into Texas and to stay on this side of the border to resolve our immigration issues. The next morning we set out to the border.

It was nerve-wracking because we weren't sure of this destination and the google maps app on my phone glitched out, so we went by online written directions (I haven't done that in a while).  There were a lot of u-turns when we got there trying to avoid crossing, but we worked it out.  Soon we were on our way back to the apartment in Monterrey. 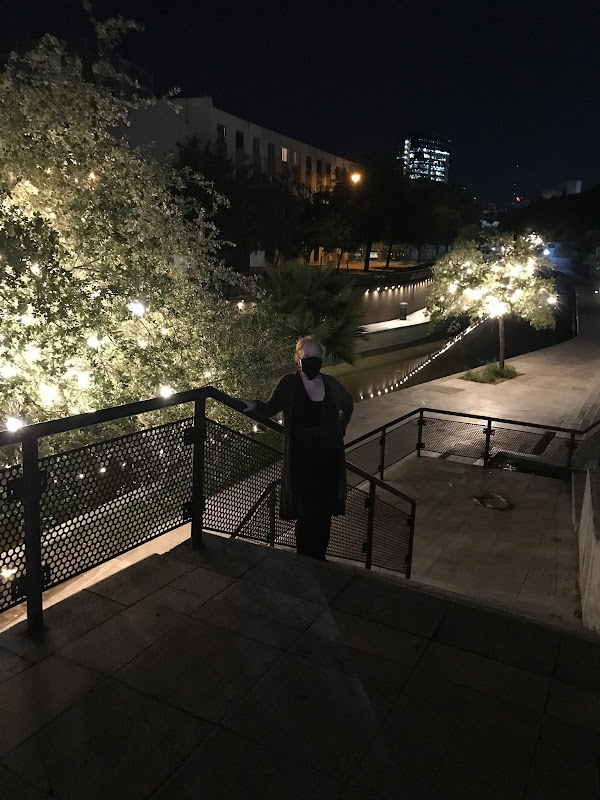 After some downtime in the apartment, we took a walk to explore this fascinating city. 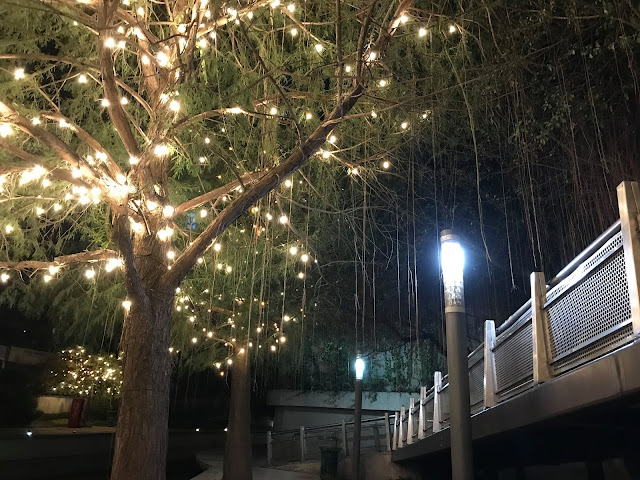 Pretty much immediately we found the canal. 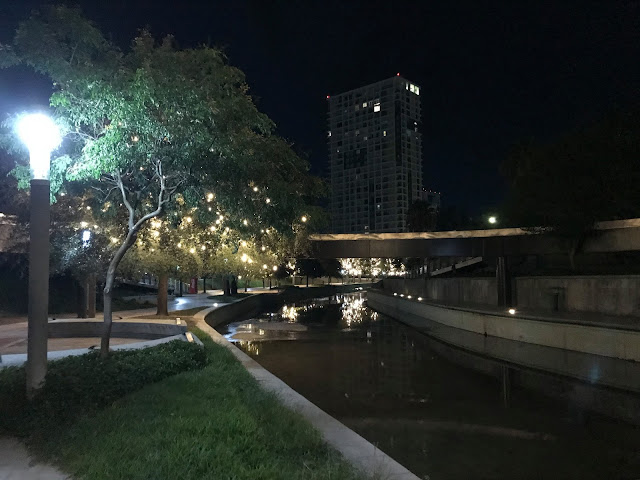 For some reason, on this beautiful evening, the canal walk was deserted. Later we realized that maybe this city had a stay at home order in effect. I forgot to check before we left. 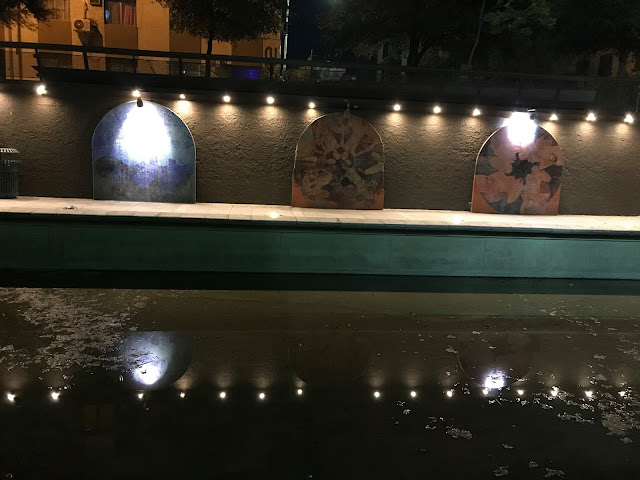 These are some "not so great" photos of the murals along the canal. Anyway, I hope we can come back and spend some more time in Monterrey. It looks like an incredible city, well worth exploring!

Chloe had her 22nd birthday on Wednesday, the day after we came back. I took her out to lunch at an outdoor cafe, and we got a cake.  Pandemic birthdays are pretty low key it seems.

This week, Naomi's pain has not been going away and she's been losing weight because she's afraid to eat. So we moved her surgery to tomorrow morning.  Soon, she'll be through the surgery and on the mend.💗