The Tempe Festival of The Arts- Painfully great!

This weekend was the Tempe Festival of the arts spring event. (They have 2 events a year and I was involved with their fall festival as well). I was booked to chalk again and they put me right next to the light rail this time so as I worked on my mural I was right at the entrance to the festival for hundreds of people! 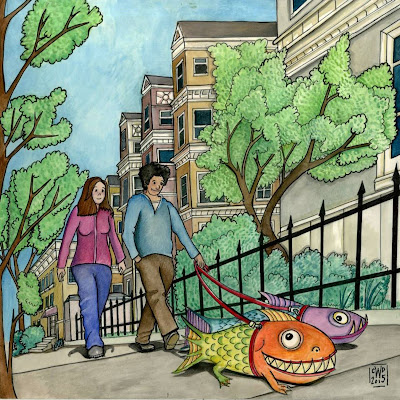 This is my mural design. I created this (very small) painting for a show at the Staton Island Ferry Station in New York City. It's called "I Wish For Fish". I though it would be a fun piece to recreate as a mural for this event.

On day one both Naomi and Phoebe came to help, and since Mike's event this weekend was cancelled he came along for support as well.. I was so glad they did. This drawing was a tough one to get right!!


Since we were working on masonite this time and not pavement we needed to put tempera paint down on the boards so the chalk would stick (it was so smooth, the chalk just blew right off the surface.) 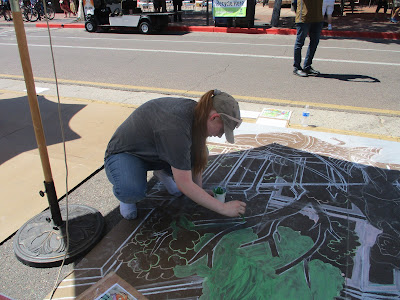 Naomi did a lot of painting that first day, and Phoebe did a lot of drawing buildings. I, of course did lots of both. 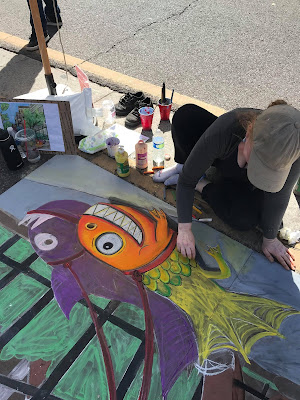 Here I am starting on the fish. 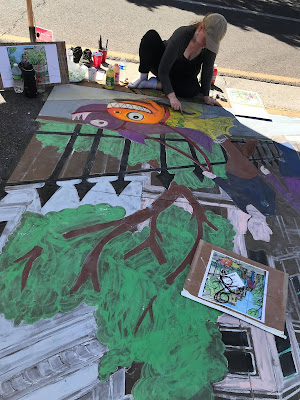 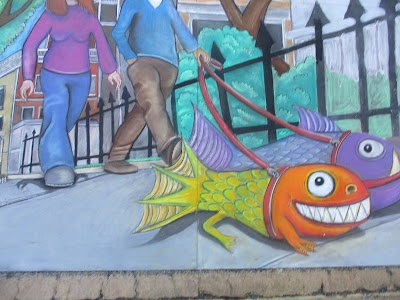 After 5 hours of ALL of us working on this, a woman came by and said, "How long have you been here? An hour?" I would have fallen over if I hadn't already been sitting on the ground.

On day two I came in early around 8am and got started right away. The people showing up that morning said they just saw me on TV. It was strange to know I'd been filmed doing this and didn't even notice. 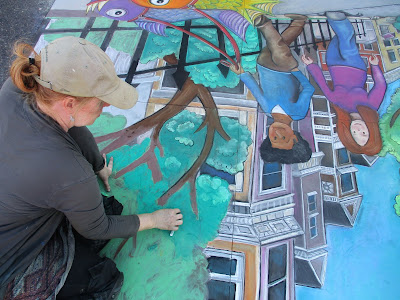 I had so much to do,  I was afraid to stop for almost 6 hours straight. 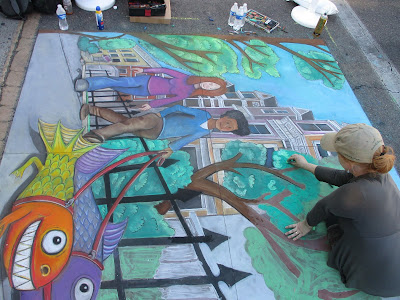 Naomi came in on the light rail and helped me finish the painting part, and then did some chalking.

Around 4:30pm on the second day, Krislyn, one of the organizers, started messaging me about whether I was going to the awards reception at 6pm. I SO wanted to say no, and go home. I was filthy (chalk is messy), and so very tired and sore from working. Phoebe messaged back, yes, before I could say anything. Then 2 more times Krislyn stopped by and asked again. I was starting to be a bit suspicious. So I went into the hospitality restroom and washed up as best I could. I also put on makeup and the free t shirt they had given me. Then we went.... And I'm so glad I did! Because check it out!!! 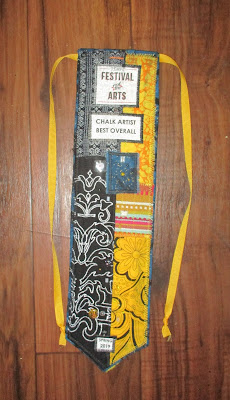 I won best overall chalk artist for the whole festival!! I can't believe I won this! (It also came with a check which was cool.) 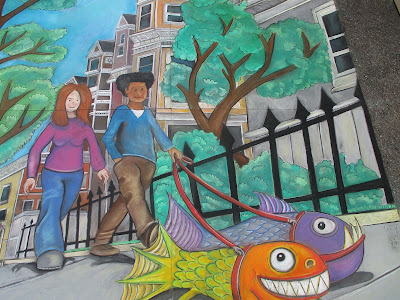 Anyway day three was brutal, because I was sore and already won, but this honor gave me new energy and I finished in about 4 more hours. 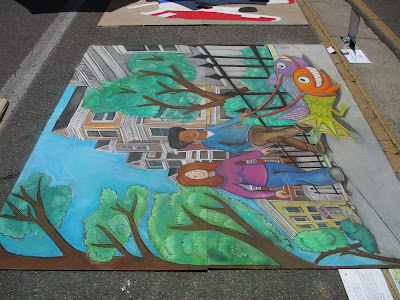 As I understand they're going to keep the murals this time so I sprayed it a few times with hairspray. 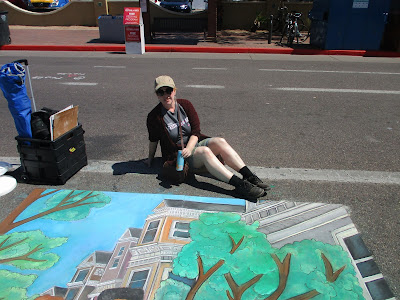 Me on the last day. 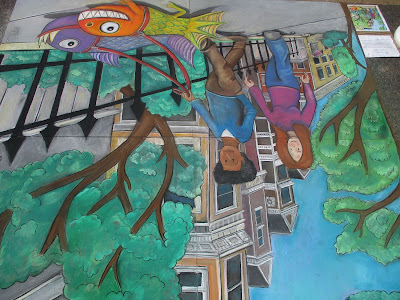 I wish I had better pictures, but I'm hoping the festival will get me some. 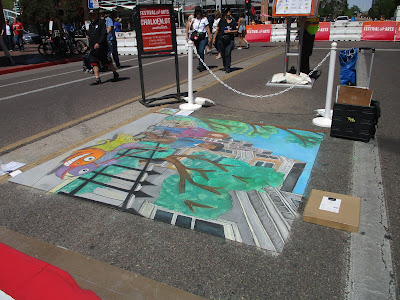 In the end, I was glad to be done. This project was a tough one, but I was happy with the result.

While I was at the chalk festival on Saturday, Phoebe made this cool, time lapse video of herself, painting a portrait of her friend. I was really impressed, so I just had to share. This kid never stops amazing me. 💗