Home for the holidays and drawing the mandala

Last Friday Chloe returned from school in Missouri. Last semester was pretty intense for her as she managed to get pretty sick from a virus she actually had at Thanksgiving when she left, but ignored until it got very bad.

Fortunately she kept her grades up and even took on some modeling for Stephen's Life Magazine. 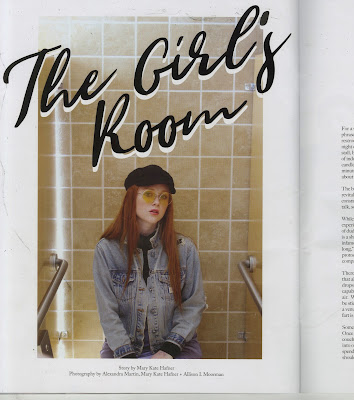 She even went to a release party for it. 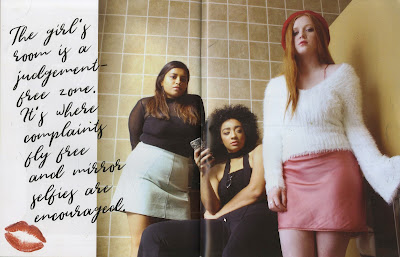 Anyway, when she arrived here in Phoenix she was finally feeling better and ready to draw with me at the Cholla Library on Saturday. 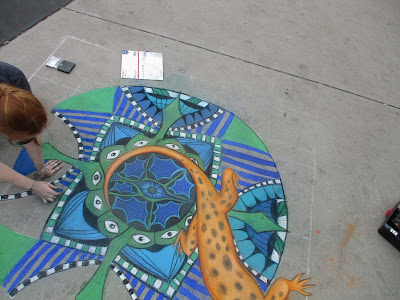 Drawing at the library for the "Around the World Mandala Project" was interesting to say the least. 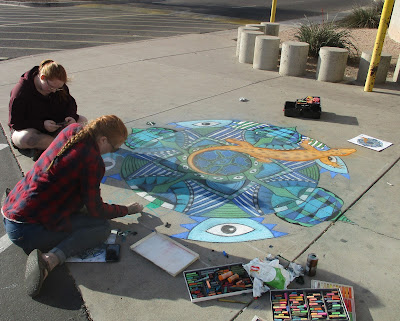 Naomi came along as well to film our progress and rescue us when I realized we'd forgotten paint brushes and sunscreen.  Fortunately the library was next to the mall. She kept texting us that she was almost to the Walmart. Then she wrote to say that it was just a wall with Walmart written on it....Ugh. Eventually she found it though and I only got a mild sunburn.

The funniest moment came when mall security cruised past and asked if we'd seen a man on a shopping cart scooter. Apparently he took off from the store in it. 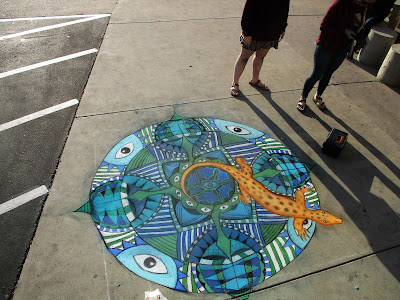 In the end we managed without paintbrushes, and made this awesome video....