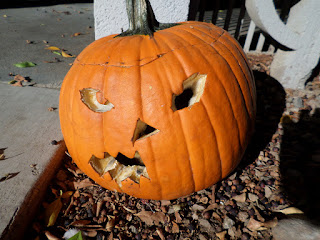 This is Naomi's pumpkin. She named him "George" and we never lit him up. She carved him without any help from us, but if she'd asked me I'd have told her that 4 nights before Halloween was way too soon to put a jack-o-lantern outside in the heat. It was flat, rotted and swarming with flies by Sunday morning. This was on a better day for him though.

Halloween night was driving for us as both our kids made plans across town. Phoebe's friend was actually out of the city a bit and Mike and I decided to stay in the area. We ate at the one of the three restaurants around there and then wandered around an abandoned strip mall till it was the agreed pick up time. I didn't get any photos of Naomi but Phoebe was dressed as Edgar Allen Poe and her friend was the raven and wearing my mask. 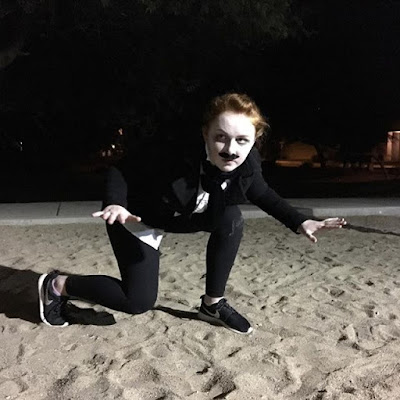 Phoebe posing in a dark and empty playground. 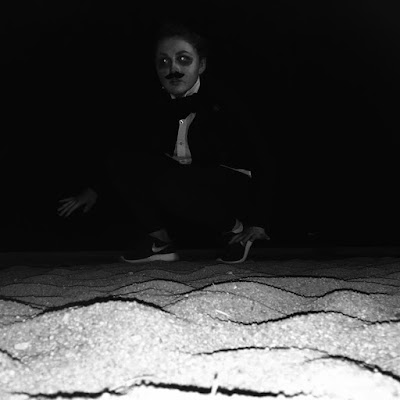 A slightly more bizarre picture of her. 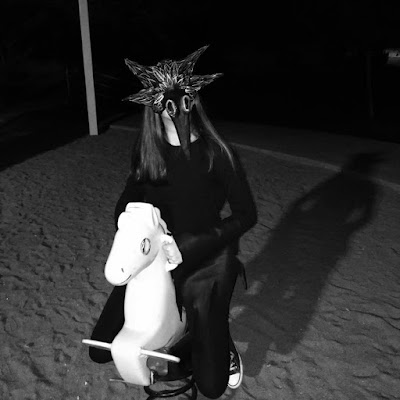 Her friend Edona as the raven. They clearly were having a good time that night. 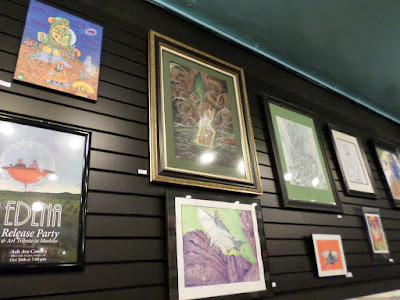 In other news Mike's art opened at a Moebius tribute show down in Tempe. 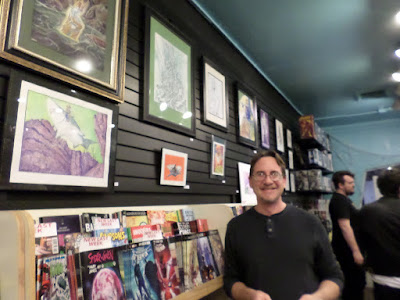 Just the 2 of us made it that night but we had a nice time and tested out a vegan restaurant with interesting results.

I'm making progress towards buying our plane tickets to Morocco. I'm only a few hundred dollars short to buy all five. That means that I search ticket prices, find what I need and hop up and down groaning about it a lot. Anyway I now have 4 out of 5 passports in hand and I checked on the status of Mike's (the last one that hasn't come yet), and it's been posted priority mail and should be here soon. Also this week I need to organize and submit my portfolio for another grant application. Hopefully this is the one that will work (5th one's the charm right?)