Going to camp and letters for Eduardo

Christmas has come and gone and so has Chloe. Gone to winter camp in the California Mountains, I  mean.... 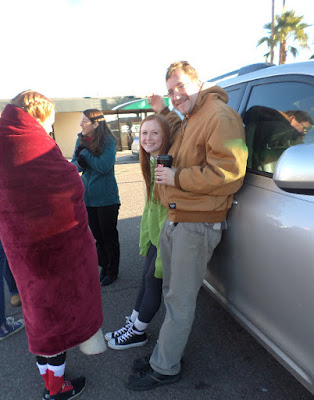 Here's Mike and Chloe waiting in the cold wind for the ride in downtown Phoenix. While they loaded the luggage a schizophrenic man that was wandering by in the street came over and loaded his imaginary suitcase, then he ran off chasing an invisible dog. (At least I think he was schizophrenic, perhaps he was a prankster).  Anyway, she'll be back by New Years, the same day Phoebe leaves for encampment with her Girl Scout troop.

In the mean time I've been busy making masks like this one....


And I just sold it from my shop!

I've also been designing letters for a film called "Eduardo Munez" a dark comedy being filmed in the U.K. They need numerous interesting letters for use as props in the film..... 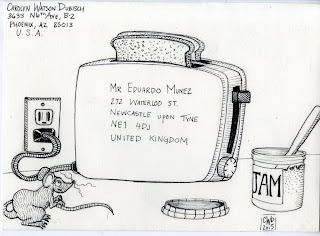 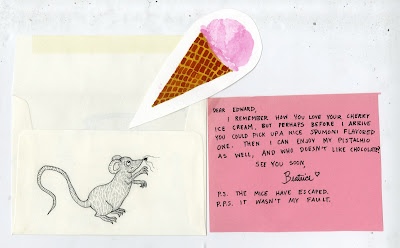 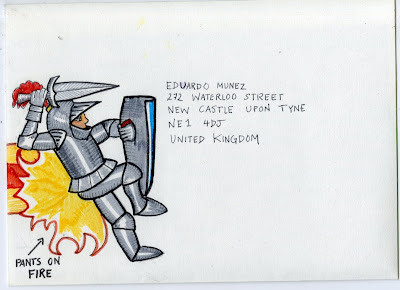 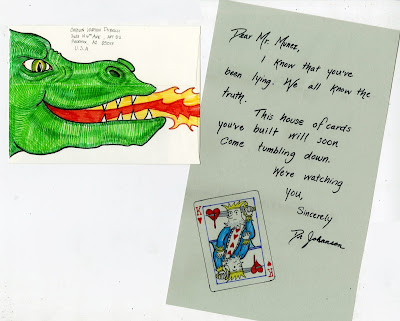 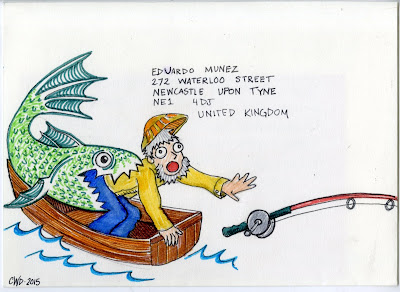 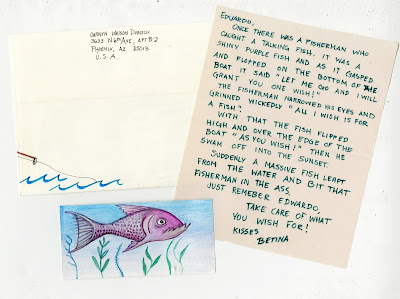 Anyway it's been a lot of fun making these!

We finally went out to the theater and caught the new Star Wars movie 2 nights ago. My kids had a good time and so did we! Have an excellent 2017.
Email Post
Labels: camp comedy Dragon Eduardo Munez fish knight letters mask owl U.K. etsy

Unknown said…
Carolyn! I am the writer of Eduardo Munez! Thank you so much for your amazing letters to Eduardo! We have only received the first two but I see from your blog there is a third on its way! They are absolutely beautiful! I've just set up a blog to display the (unopened!) letters... Can I post a link to your blog too? Ours is www.whoiseduardom.blogspot.com - it's still a work in progress at the moment - I just set it up yesterday... I will take more artistic photos of the mail and post soon... I just snapped stuff on my phone to start with! Thank you so much for taking part. These letters will make fabulous props in our film!
Best wishes,