In the last week or so I began painting the second snail for the Grand Ave. Festival in October. 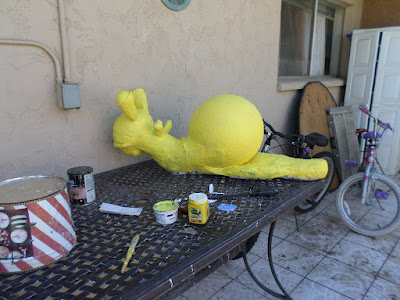 I began with my everlasting jar of yellow paint I purchased in Argentina when I was working on "The Secret Garden".  Since then I've used it on sets for three Looking Glass Theatre productions and more paintings than I can count! 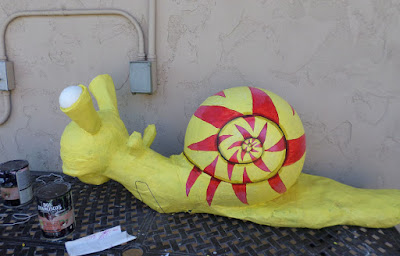 My next step was to paint his shell and white out his eyes.  The light bulbs I recycled for this snails eyes are much bigger. 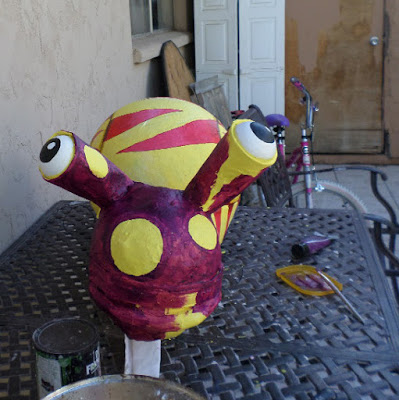 Then I painted in his pupils (the bigger eyes on this one made his cuter I think!).  I also began a purple under painting on his head and body. (An under painting is sort of a base coat.) 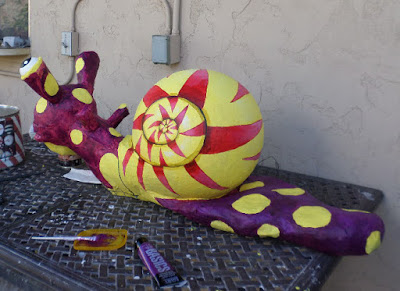 Here he is starting to look more purple. 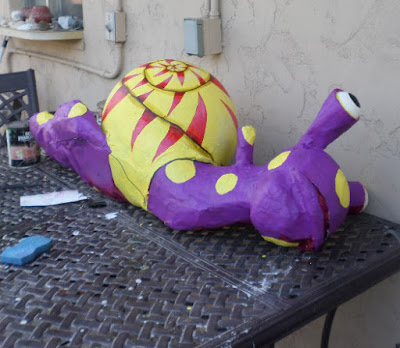 Then I put on the lighter purple. 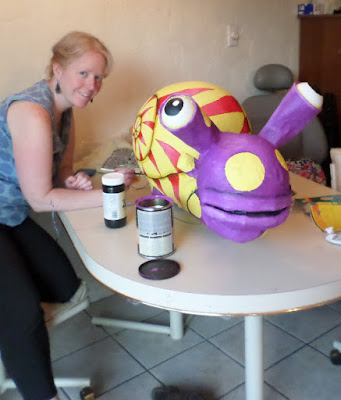 Anyway after all that I got hot.  Really hot, so I moved him to the kitchen table. 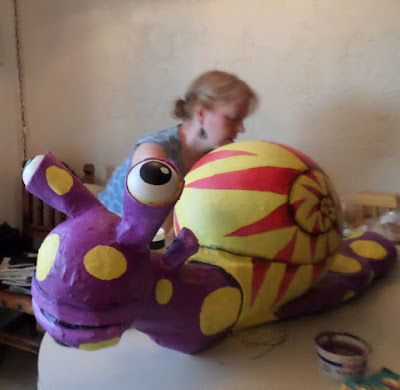 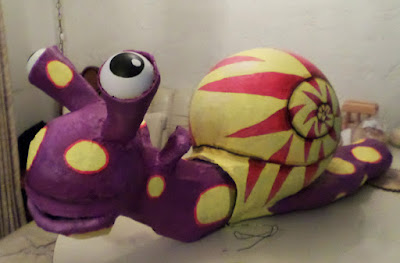 So, here he is a slightly blurry picture of the second snail! 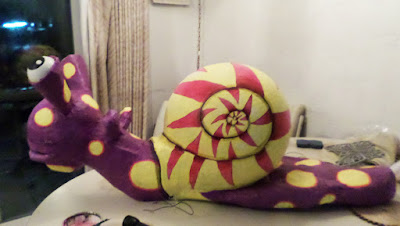 Now I just need a better place to store him than the kitchen table.