"Monsoon Season" and another snail

This week began with rain.  On Sunday morning it took me off guard and our morning dog walk ended with getting absolutely drenched.  You'd think the next morning when the sky look dark and threatening I'd have learned my lesson and grabbed one of the many handy umbrellas we keep by the door on the way out, but no, we were caught again in the pouring rain. 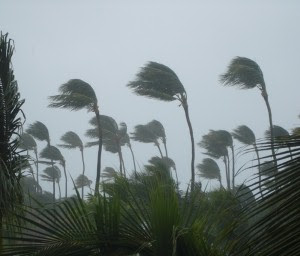 By Wednesday the storms were headed north to Colorado and all that rain had the effect of pouring cold water on a hot stove.  The weather cooled all the way down to the high 70º's!  Unfortunately it's still September and the stove is still on.  We're back in the 100º's now. 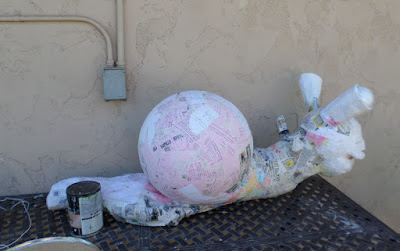 The good news is that I'm making progress with my second snail for the Grand Ave Festival.  This week I'll be painting him all pretty, which is the fun part. The bad news is, my sculpture proposal of a large dancing skeleton got in to the Central Gallery's Dia De Los Muertos show! Except that I didn't receive the notification, so I assumed I was rejected. Just last weekend I dumped the old garden fountain I was going to use to build it on. A few days ago (weeks after the letters went out) I was asked to confirm... so I had to withdraw.

Mike's new semester teaching for the San Francisco Academy of Arts  has begun.  He's also been asked to build an online course called "Character Development for the Graphic Novel".  They're going to be flying him to San Francisco for filming the drawing demo videos soon.  IT's always such a drag when he goes away...