The Solar Oven and Visitors from out of town

Last week past in a whirlwind of activity.  My Aunt Janet and Uncle Larry came to visit from snowy Denver, Colorado.  I think they were ready for some warm weather but not the 100ºF plus temperatures we were bombarded with last week. Of course, none of us are ever really ready for it.

This is the restaurant where I left the camera.  As you can see I'm posting photos so obviously they gave it back. 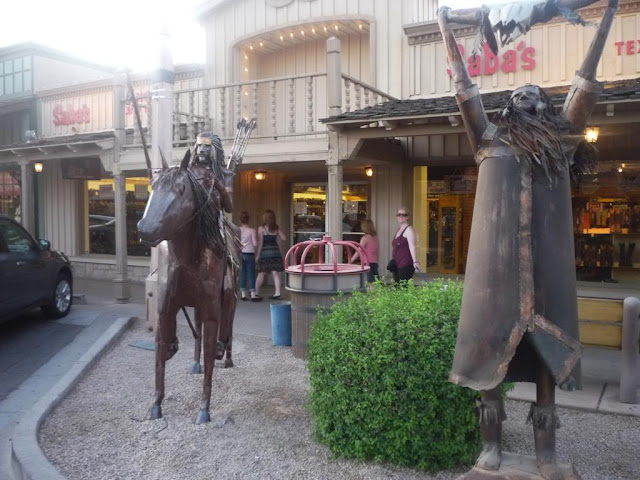 After a day of hanging around the big fancy pool in their resort, we decided to try and be adventurous.  We brought them to Old Town in Scottsdale.  It was sweltering hot even at 6pm. 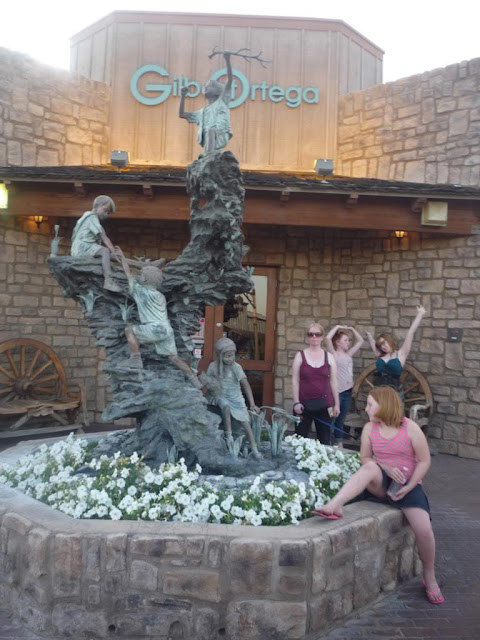 There are a lot of interesting sculptures and galleries in Old Town. 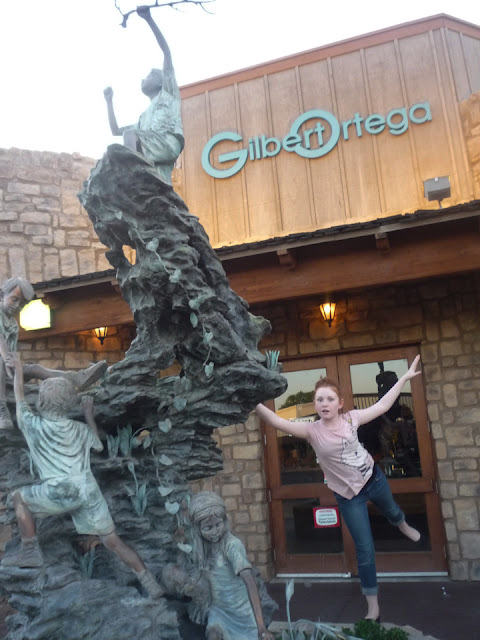 Phoebe can't help but goof around when the camera is pointed at her. 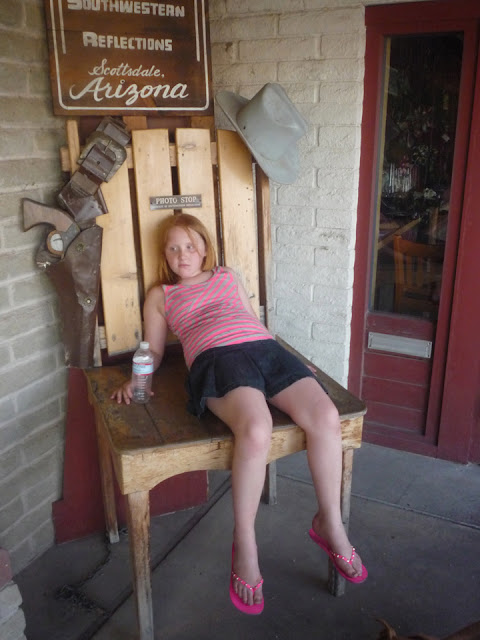 Did I mention how hot it was?  My Aunt and Uncle couldn't take walking around so Mike and I ran ahead and found a Mediterranean restaurant that had misters and shade on the patio where Oscar (our dog) could sit by our table. 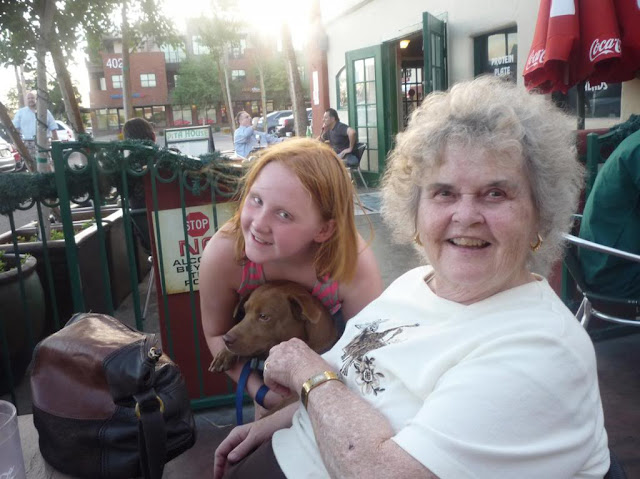 They really liked our dog. 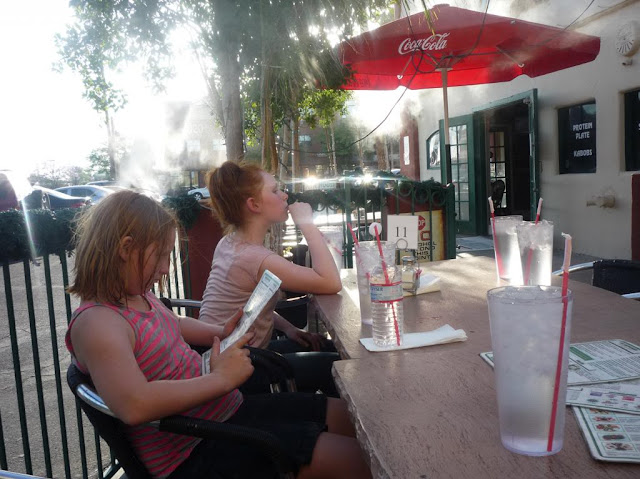 And it was nice to sit in the shade under the mist.  After a few minutes, though, I noticed many people sitting around us on the patio smoking hookahs.  It turns out it was a hookah bar I brought them to!  They took it in stride, however,  and the smoke from the hookahs smelled like strawberry incense. 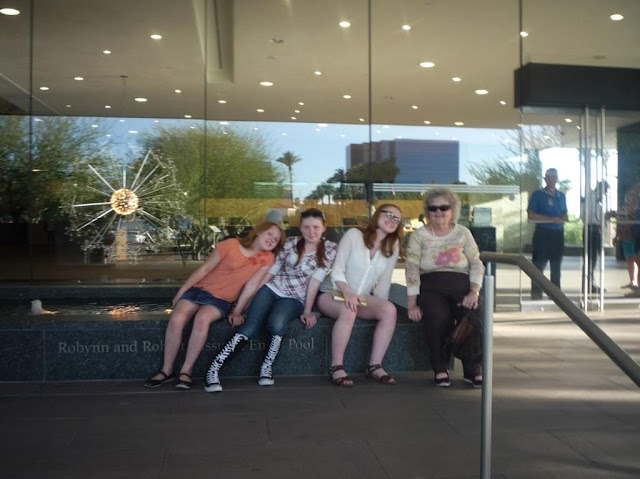 The next day I decided to go to a place I was more familiar with, The Phoenix Art Museum. 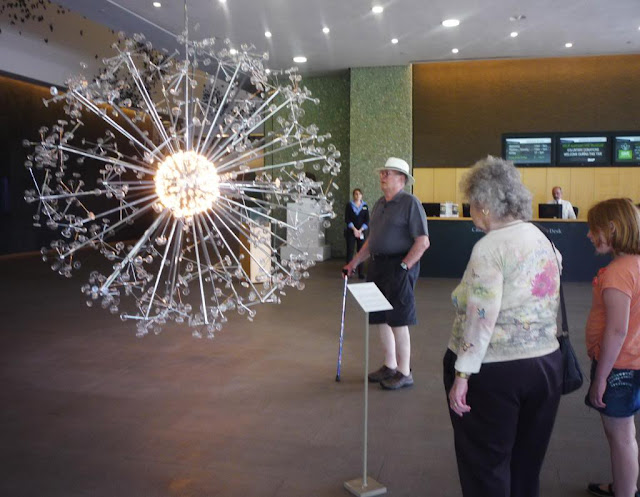 The great thing about the museum is that it's indoors and air-conditioned. :) 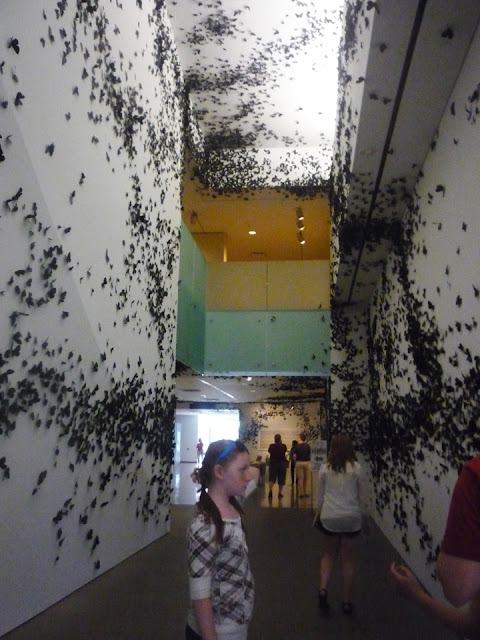 The lobby is filled with black butterflies (cut paper ones) as an intro to their show "Order in Chaos". 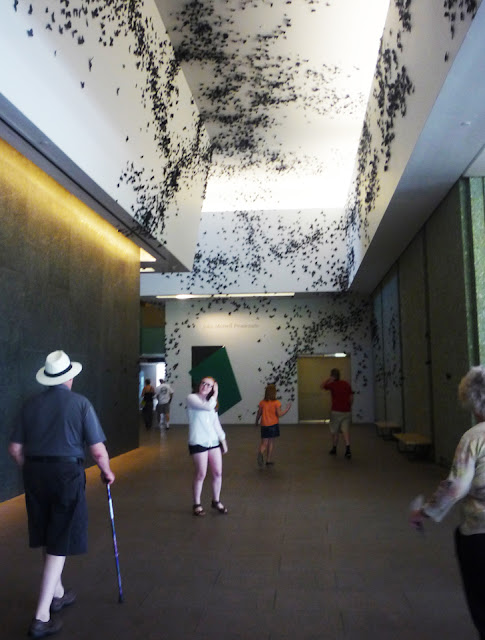 There were thousands of butterflies pinned to the walls and ceiling.  It was astonishing and impressive. The museum was a great day out and they loved the classical art upstairs. 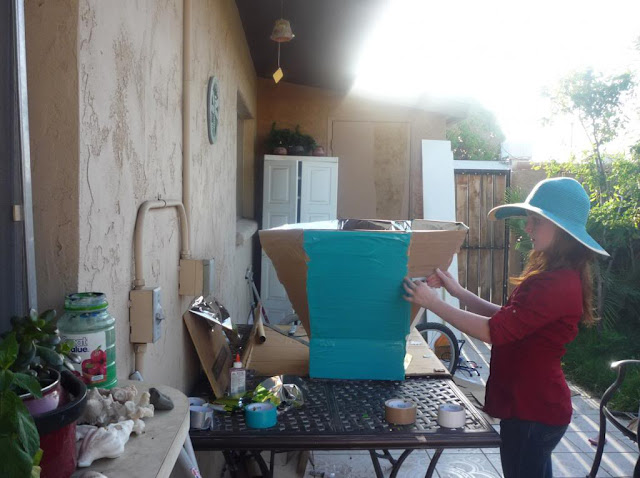 This is Phoebe applying duct tape. Phoebe loves duct tape, she makes wallets and cases for glasses and pencils (one of these days I'll post some of her creations.) 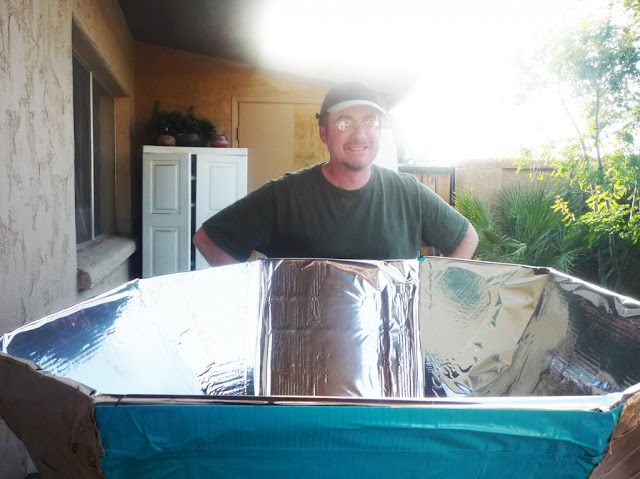 Their oven is quite huge and impressive! 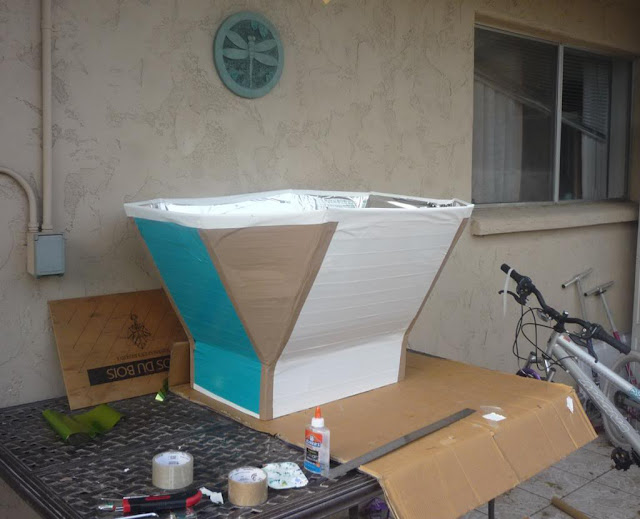 Today I'm helping Phoebe and her friend test it, before the big solar cook-off at her school on Friday. Mike is missing the test as he's in Portland, Oregon right now at the HP Lovecraft Film Festival.  As always we're missing him, but he flies home tomorrow morning.