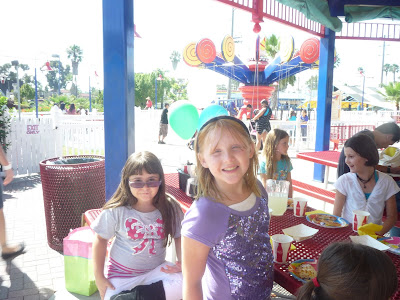 Here she is at her birthday party.  We had it last Saturday at "Boomers" (on the weekend just so we could be sure kids would show up, unfortunately that's an issue here in California.) 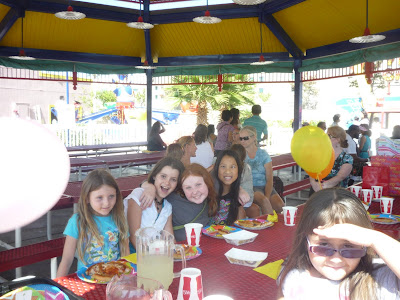 As you can see Naomi had a great turnout though! 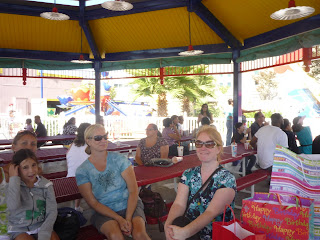 A mediocre picture of me chatting with some of the moms. 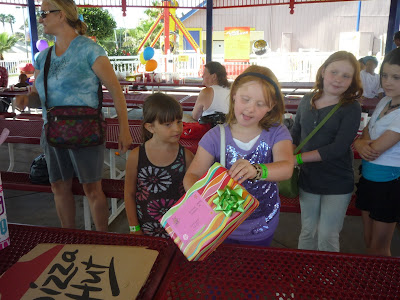 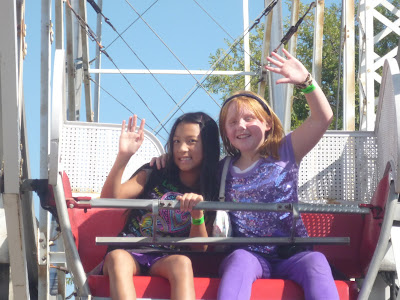 It was an epic party, they rode rides, played arcade games, and (attempted) mini golf till dusk!
I wrote another article for The Examiner recently called "Creative Education in The Spanish Village"
If you do read it let me just say now, yes, I wrote an article interviewing my own daughter about her summer camp, but hey, it was a really great summer camp!
I've also begun work on sets for Looking Glass Theatre's production of "Nunsense". These are my sketches so far... 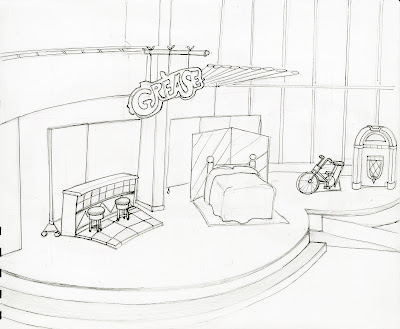 A rough  drawing of the stage. (This has already been changed by the director.) 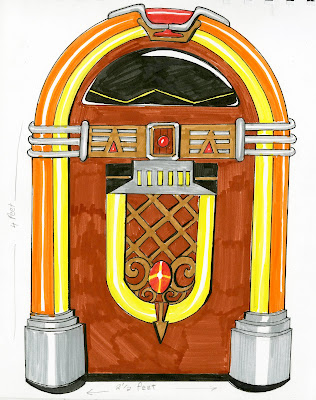 A drawing of the juke box. (I thought we'd have to build one, but it looks like we might rent it -Phew!) 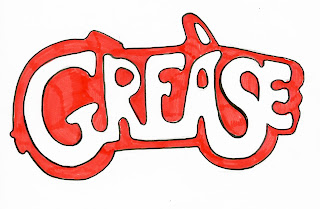 ...And this "Grease" sign is what I'm building/painting this week.  I know what you're thinking-Didn't you say you were doing a play called "Nunsense"??  Yes, but it uses the sets for Grease- it's in the script! To learn more you'll just have to come see it!!
Email Post
Labels: birthday birthday party Looking Glass Theatre Nunsense sets Summer Camp The Examiner The Spanish Village

Anonymous said…
These strong bamboos are simply just sculpted to turn into small
decorations - or make sure they are into chopsticks.
Avocados have much more unwanted fat than most fruits, however they
are an superb resource of potassium and Vitamin A, and are utilised in salads,
guacamole, and taste great scooped right out from the shell.
For relationships we ask that you look for things in “two's”.

Small glycemic-load carbs (largely vegetables and fruits). Close your eyes for any
moment and imagine such a gazebo within your backyard can perform to enhance your enjoyment this summer.