Through the magic of sudafed, ibprofen, and lots of coffee, I made it to Phoenix with all three kids and the cat. I must also give credit to the YA audio book we brought, "The Candymakers".  It certainly made the night time drive through the desert in Memorial Day weekend traffic a breeze! 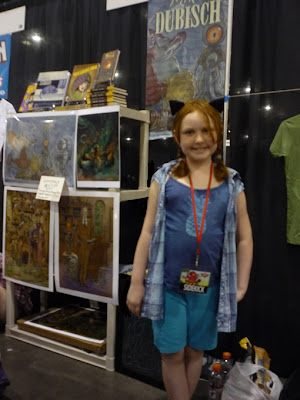 As we were getting ready and having breakfast the next morning Phoebe managed to crick her neck and was suddenly in a lot of pain.  We gave her ibprofen and hot compresses until she felt like she could do the one thing she desperately wanted to do.  Go to Phoenix Comic Con!  Here she is by our booth looking much better. 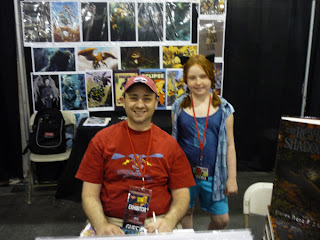 Here she is again visiting our good friend J.S. Lewis at his booth (author of the popular Grey Griffin series of YA novels). 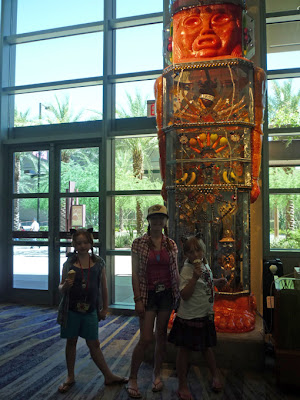 The Phoenix convention center had a lot of interesting sculptures. 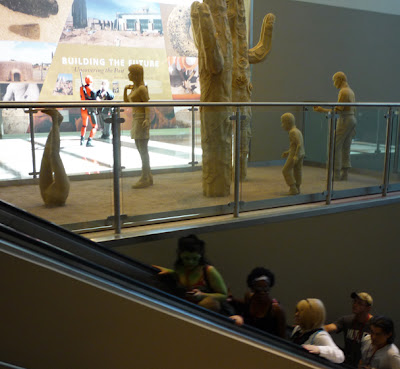 But the convention was downstairs.... 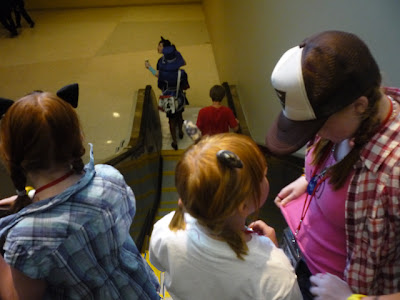 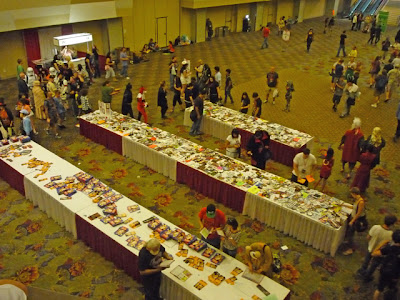 Which wasn't really a problem, except that way underground, with air conditioning at full blast it was the only cold place in Phoenix last weekend!  We didn't dress for it, and with my head cold I was a bit miserable. 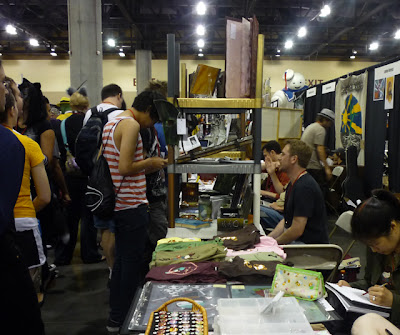 Fortunately, Mike was in his element though.  He made a lot of sales and scouted out some incredibly talented artists to come onto our radio show,  "Art of The Red River" !  I then walked around and scheduled many of them in for the coming months. 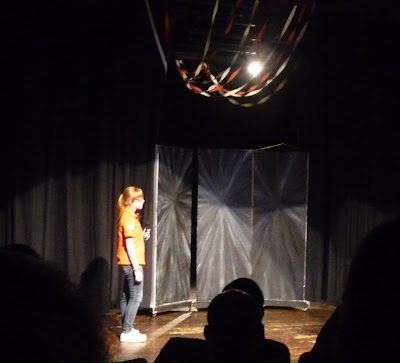 This is Chloe onstage last week at her school talent show.  Sorry it's such an awful photo, she's just about to start her act. 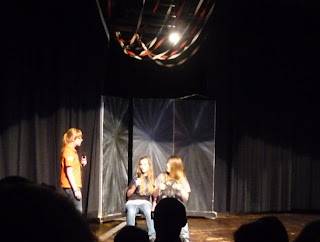 She's doing a skit with her friends called "The Big Mac Rap".  She's a McDonald's employee at a drive thru window and is playing "the straight man" in the scene.  It was really quite hilarious. 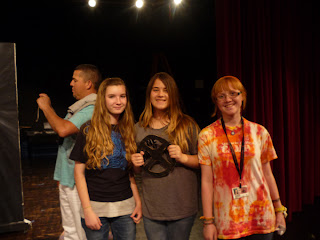 These are the kids onstage after the show.  They were definitely one of the best acts (yes, I'm biased, but some of those kids needed Pierce Morgan to kick them offstage).
In other news, I'm now on the board for The Looking Glass Theatre, which means I go to meetings and doodle in my sketchbook (not to worry I'm listening!).  Anyway we're putting on a Variety Show for Gay Pride, which is in July.  Acts are supposed to be complete to audition so there's no need for set designers, but I do get to be assistant stage manager.  Which means I dress all in black and wear a headset, and will look super important!  Anyway I'm hoping Chloe and her friends will try out as their act is really good.  Here's the flyer I designed last night...

I think it will be a lot of fun. I hope we find some good talent to showcase!
On a final note.  This is an amazing photo of Phoebe and Naomi hiking with their Girl Scout troop up at Torrey Pines this week. As you can see, Phoebe has completely recovered from her achy neck and is now scaling rocks! 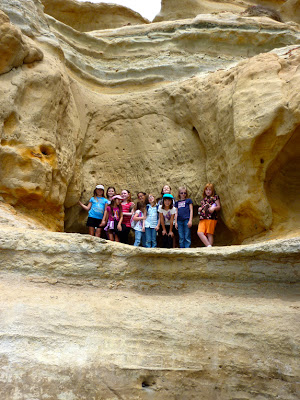 Anonymous said…
I love visiting your blog for one gr8 reason..I get to learn lot about you, your days and kids, and most importantly the events that happen at the other side of globe! Wishing you the best for your shows and have fun as always..you are doing gr8 stuff here and I wish you the very best!

P.S I am contesting for Indiblogger-Yahoo-Dove 'what real beauty means to you' blogging contest. Can you read my post at http://t.co/2Z5RHqU and if you like it, 'LIKE' it on Facebook or 'Tweet' it or even sign up with Indiblogger to promote my post? The instructions to sign up with Indiblogger are given at the end of my post itself. Hoping to see you there! If you are on Indiblogger, you already know what to do!!
June 4, 2011 at 12:04 AM