Whoo-hoo! Two posts in a week.
It's actually cool here today!... Not enough for a jacket, but pants are okay.
We've been hired to paint a mural at my kids' Elementary School. It's really quite exciting as I've been enjoying the many interesting murals around the city and now we get to create one ourselves. This is the sketch... Which has so far been approved. 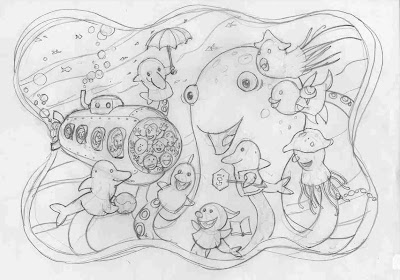 It's an "under the sea" theme, because the school mascot is a dolphin. 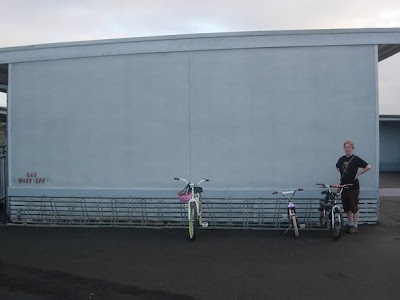 We've received some great news about the elementary school as well. Due to California's fiscal crisis they had no art at the school, but now, they've been approved for a special program that will bring in performing and visual artists in to work with the kids this year! We're really excited, as I've been dragging the kids to every library in the city for any available art program I can find. 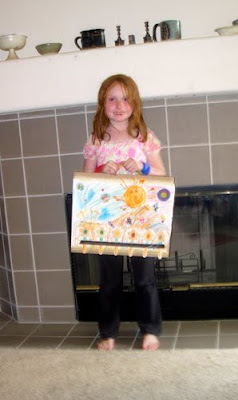 This is Phoebe with one of her creations.

Chloe's new middle school has an art program so she's covered. She's also taking Spanish, but it's for beginners and she's a bit bored. There are some native Spanish speakers in her class so hopefully she will be grouped with them. On the plus side she was able to help a Spanish-speaking girl in her Social Studies class understand the lesson. So many kids in Argentina did this for her and she was so excited to help someone else in this way!

On Thursday, October 1st, Mike and I are guests on The Red River Writers Live- Blog Talk Radio Show. The show starts at 12:00pm central and you can listen at this site...