A Shin-dig for Chloe

Last Sunday we celebrated Chloe's tenth birthday at a local bowling alley. We invited many of our friends here and I made my first cake in Argentina. This wouldn't seem like that big a deal, but the cake mix directions are in spanish and all measurements are metric. Also icing doesn't come in a can, it's a process of melting a rock hard bag of it on the stove top in boiling water. Then squeezing it onto the cake. In the end it worked out great, though and we loved having everyone we knew all together.

Here's the kids at the pool table, 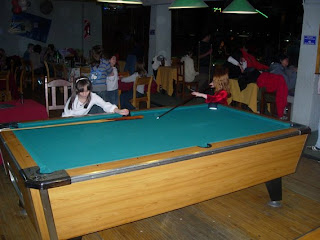 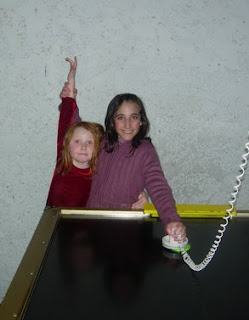 Chloe with the cake (here in Argentina you get 3 wishes!) 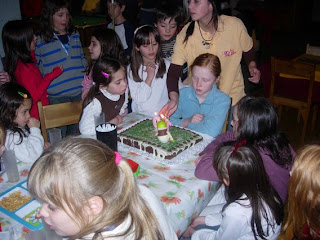 Here are a few more pictures on our progress with the play. 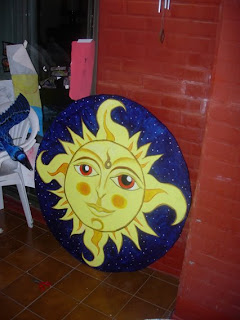 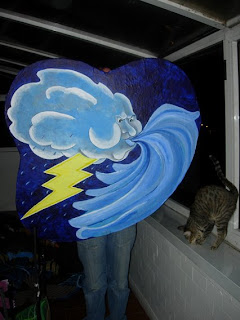 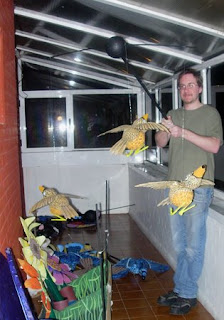 When I lived in New York City I worked for a sculptor named Ellen Rixford. We were building a giant vegetable garden for the children's museum in Washington DC. I was sculpting a giant head of lettuce (the size of a small car) on the roof of an apartment building on the upper east side ( children from the building next to us would crowd at the windows every day and cheer!). Ellen's husband was Japanese so we had to remove our shoes in their apartment. Every 10-15 minutes I would have to run down two flights of stairs into the apartment. Take off my shoes and put on slippers. Run to the kitchen take a portion of hot wheat paste off the stove. Go back to the door and take off my slippers and put on shoes. Then run upstairs and hope the wheat paste didn't cool off too much. When something isn't part of your own culture it can sometimes be incredibly hard to deal with.

This is how it's been for the director of the play. The girl who is playing the lead in the Secret Garden, just informed her that she has to be in Buenos Aires for her cousin's graduation the day after the last performance so she can't make that one. There are no understudies, so this is a crisis. Of course from an Argentine point of view she can't miss (or even be late ) to her cousin's graduation, even though they live 20 hours away and may have only just found out about it a week ahead of time. Family is of supreme importance here. The director, Brooke, is from Florida, so it's difficult to understand that there can be no compromise. She's trying to change the dates...
Email Post
Labels: Argentina birthday party building a set cake cultural challenges New York city paper mache props sets The Secret Garden