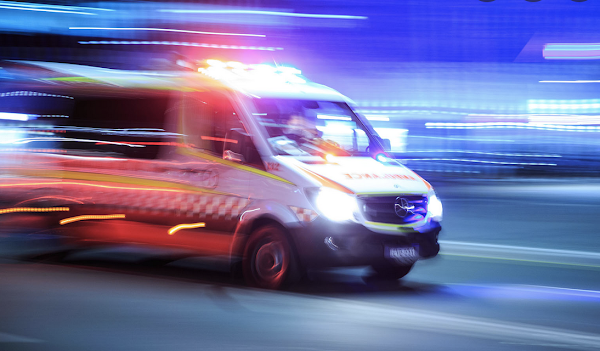 In June of 2008 my husband found me curled up on our bathroom floor. I remember crawling there. I remember giving up. I remember pain. The worst I have ever felt and nothing since has touched it. My IUD had failed and I was dying from an ectopic pregnancy. The fetal cells were outside my womb. I was being consumed from the inside, and my fallopian tube was about to burst. It was very, very close to a fatal incident.
In the Emergency Room I struggled to convey my problems in my broken Spanish. We were living as expats then as well. We lived in Bariloche, Argentina in Andes Mountains of South America. Once I described my pain as being similar to contractions, that was coming in waves, they gave me a quick exam and rushed me to surgery. If I had never had a baby before that diagnosis would have taken A LOT longer.
You see when they finally realize what is killing you they really don't have time for an ethics committee to decide. When a fetus dies inside of you it can be minutes before sepsis sets in, so removing the remains should really happen before the official death. 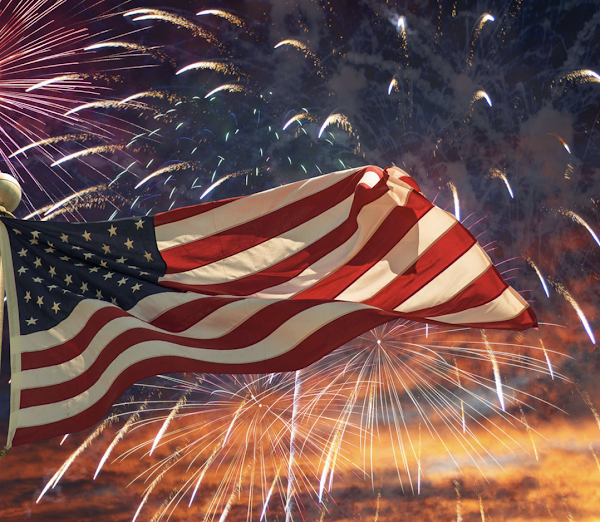 Today is the Fourth of July in the United States, and as the mother of three daughters I am mourning the loss of their rights, of all our rights to safe reproductive health care. I am also mourning that my home country has turned into a theocracy overnight. 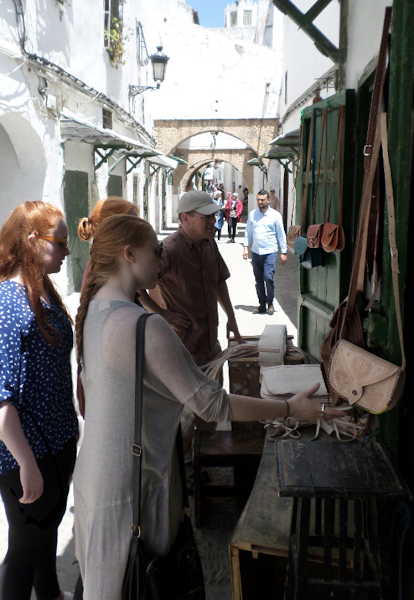 My family spent the summer of 2017 in a country that is most definitely a theocracy. Morocco has prayers blasted over the loudspeakers in every city mulitple times a day. They do pray in schools. They also teach the Q'uran in school-it's a whole subject. Women wear hijabs covering their heads and faces. Some wear it over their mouths (I was appalled at the time but two years of wearing masks makes it less intense to me).
We were visiting during Ramadan so every day the people fasted. They had a meal at sundown. During the day you could not eat, drink, smoke, have sex, or swallow your own spit. This was enforced for everyone even if you did not believe in the religion. The only ones who were exempt were foriegners and small children.
We, of course, made friends with artists and met many young women who were quite miserable with the state of things. They would come to our house and prepare us a traditional meal so they could break their fast without being reported. Our friends had gotten in serious trouble for not fully covering their bodies during Ramadan in past years. 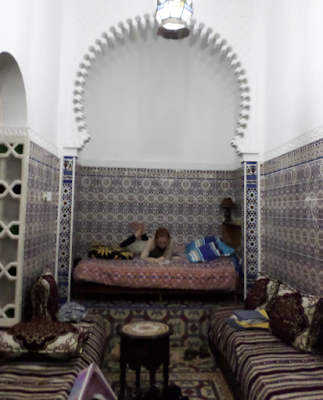 We loved our time in Morocco, and it's a beautiful country, but if those prayers had been in our own language and shouted out several times each day by a Christian Pastor I think I would have gone nuts. The control over the people's rights and freedoms, especially the women, deeply disturbed my daughters and me (though I knew already what we were going to see).
Unfortunately, today I mourn for my country. I do not celebrate it.
Email Post
Labels: abortion ectopic pregnancy fourth of July lost freedom Morocco Ramadan Theocracy