Phoebe is flying back to Arizona tomorrow so we wanted to get in an outing around town before she left. This was a decision we made about a week before I realized how bad Omicron has been in Mexico. Anyway, we had reservations for Thursday at the Observatory, a new historical attraction of Mazatlán.

Phoebe was, I think, disappointed that it was not a true observatory for studying the stars. It's more of a weather station and lookout (historically looking for pirates). 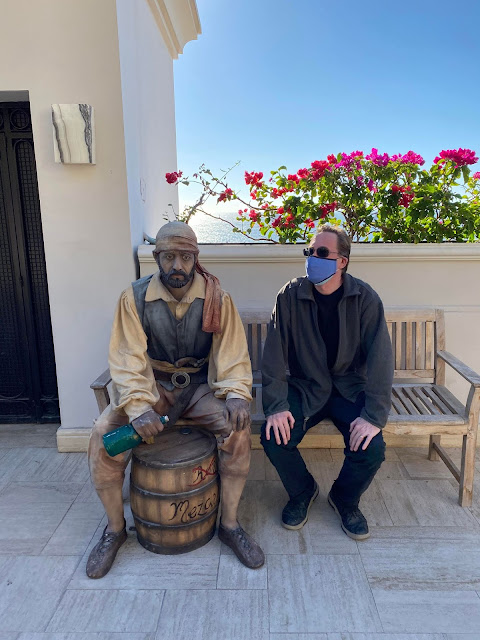 Mike with a pirate.

It turns out the history of this region is quite fascinating. Yes, there were pirates. One of them looted the Mexican coast and settled in Mazatlán and built up the port area quite a bit. 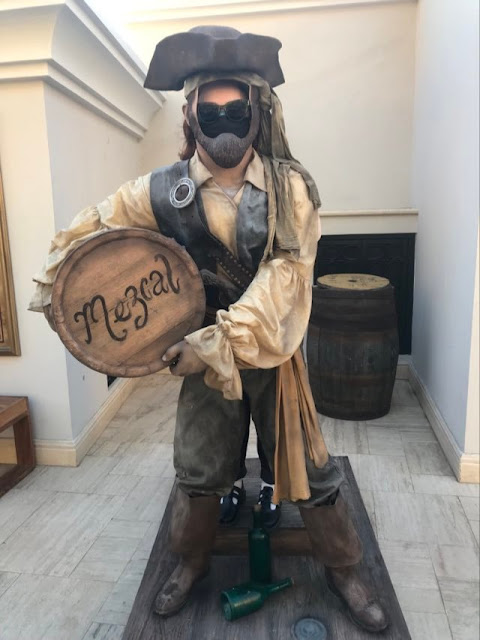 Phoebe as a pirate.

Of course, there was more than just pirates. One of the indigenous tribes here was cannibalistic and very much a threat to other tribes in the area. Then Texans came and occupied the area after the Mexican-American war (they did last long though). After that, the French sailed all the way around South America to come to invade Mazatlán and occupied the city for quite a few years. 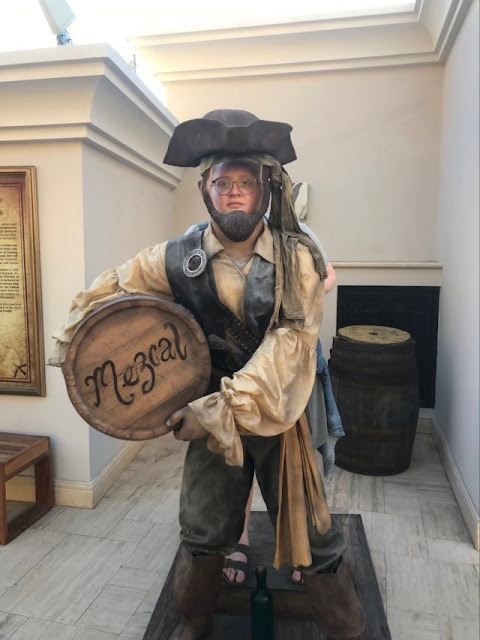 Naomi as a pirate.

All things considered, you can understand why they needed a lookout. 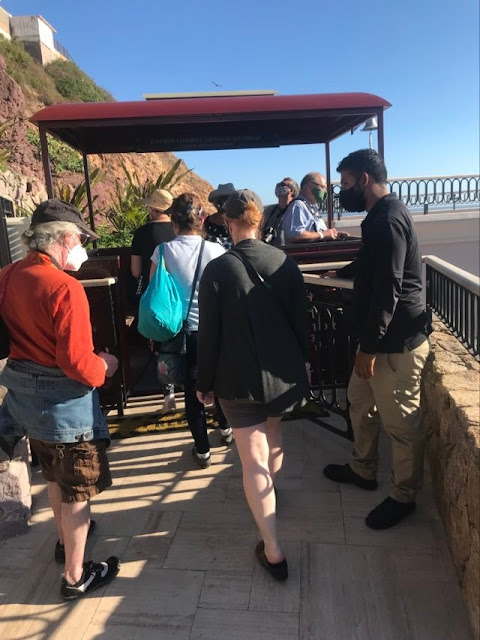 This is me, and some other people from the tour, boarding the "funicular" (a little trolley car that brings you to the top.) 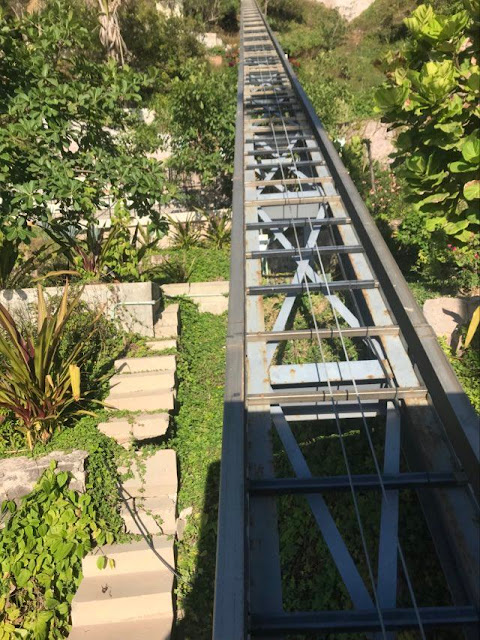 The tracks up the hill. 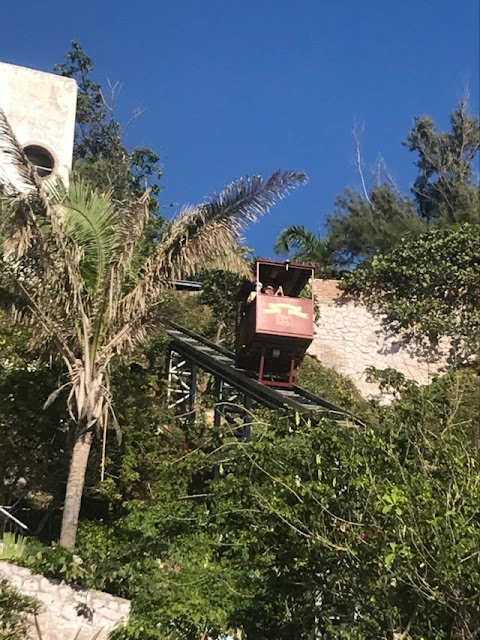 The Funicular going up! 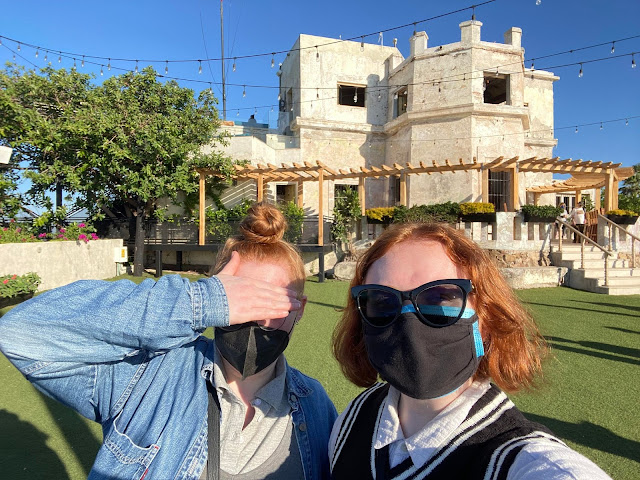 Phoebe and Naomi outside the Observatory. (I have to say I was glad to be off the crowded funicular. Too many people too close together, and Omicron is lurking everywhere). 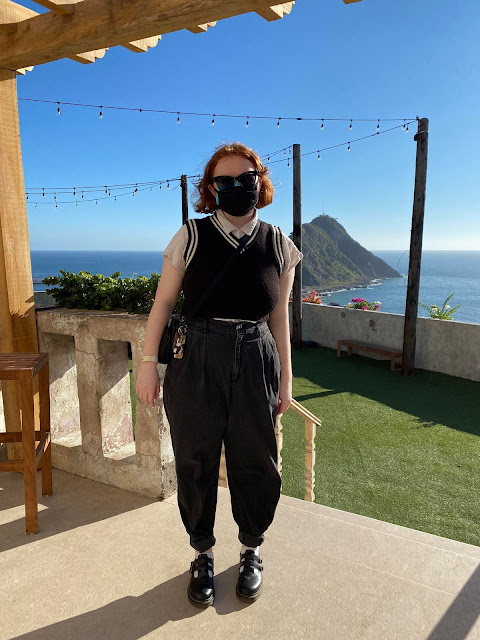 Phoebe behind the Observatory after going through the building. 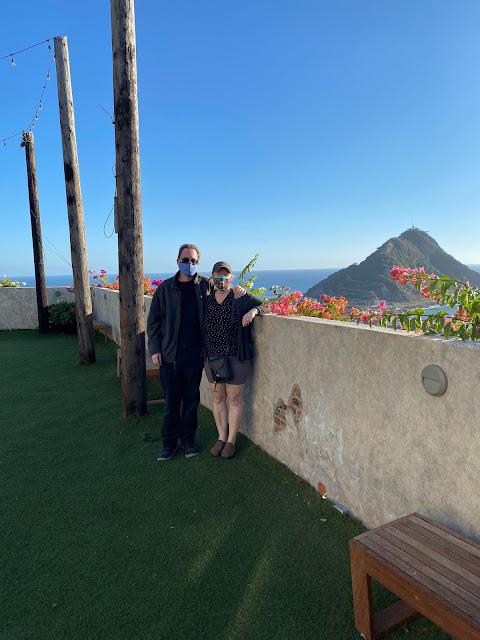 After touring the house and the agave cacti area where we learned about Mezcal. It was nice to be in this open area overlooking the ocean. 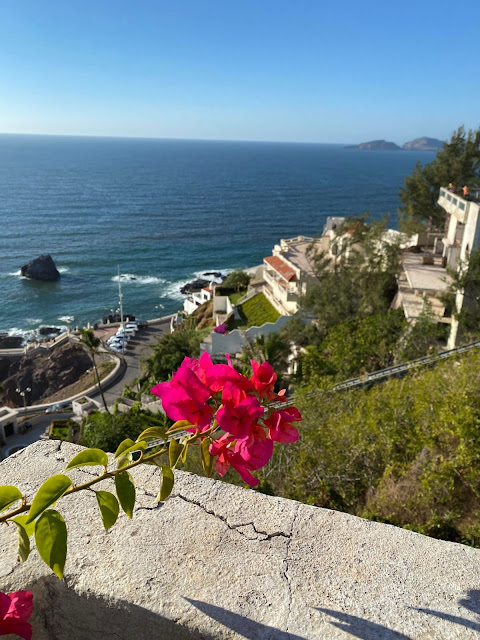 Our next stop on the tour was the aviary. 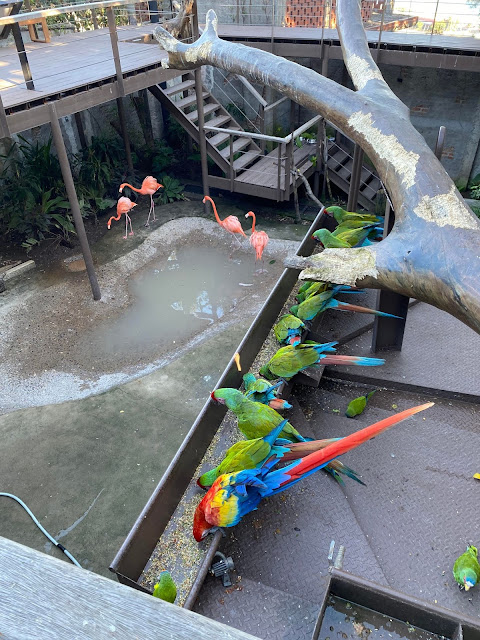 They said that the flamingos will soon be getting their own area to stretch their wings and have more space, which is good because they seemed a bit crowded. They are from the Yucatan Peninsula, but the parrots are native to here. Most of the birds are here to recover and will be released into the wild. 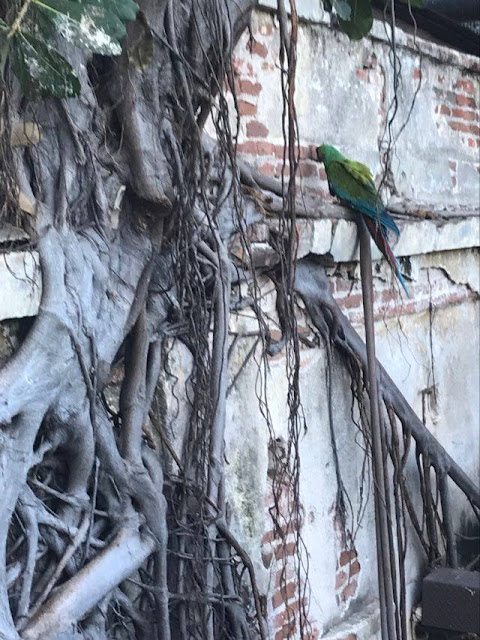 There were three species of parrots. Some of them were very friendly and sat on people on the tour. Others were more bitey. There were also Toucans, but they were very shy. 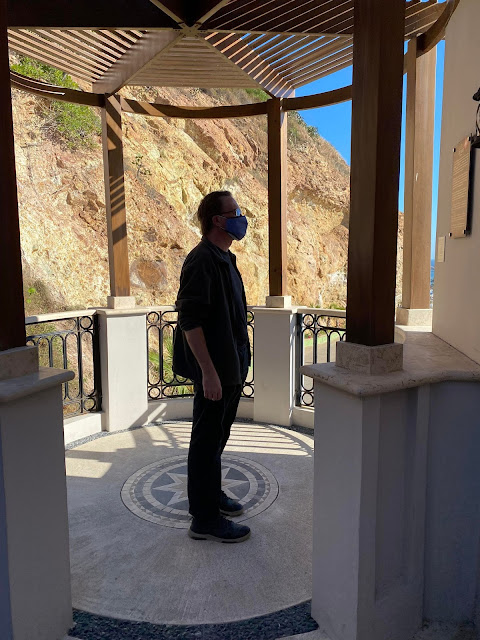 All in all, it was lovely to get out of the house. I do wish that those three people in my tour group had been banned for not wearing masks, but everyone else was good (Well, there was also that guy who couldn't stop coughing.... I hate this pandemic.)

Today I brought Phoebe into the hospital for her COVID test so she could board her flight back to school tomorrow. It cost $1,000 pesos and fortunately, she was negative. (Just to be clear that's a lot for a single test, and no, there are no home tests here).
If you are thinking of coming to Mexico please be aware that there is no testing going on. That's what makes the numbers look good here. The numbers look so great that they're going ahead with Carnaval in February. Which is madness. Even Rio has canceled Carnaval. 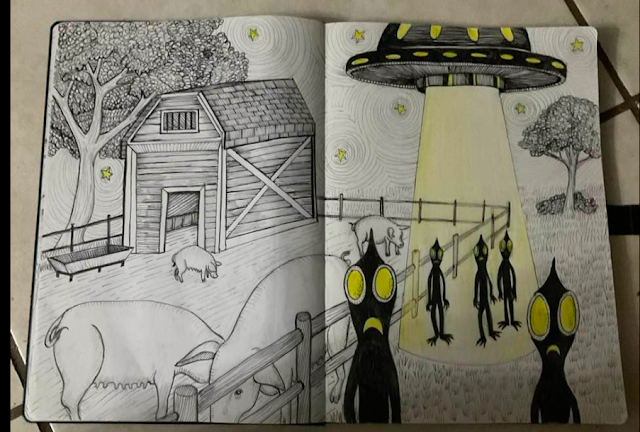 I just thought I'd share some of the pages from my sketchbook I received at Christmas. 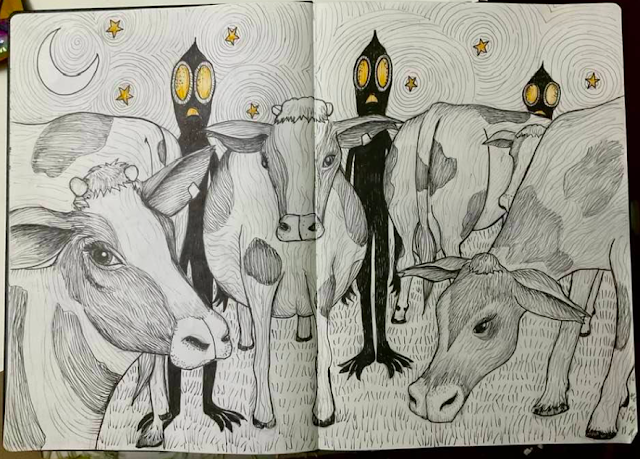 As you can see, I've chosen a theme (so far anyway) 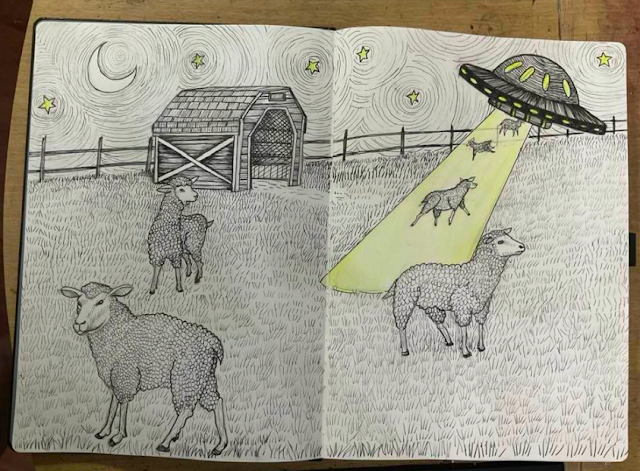